THE top 10 luckiest lottery areas in the UK have been revealed ahead of tonight's £184m EuroMillions jackpot – the largest ever up for grabs.

Lottery data shows the areas with the cities and towns with the highest number per capita of high-tier winners to scoop £50,000 or more on the National Lottery. 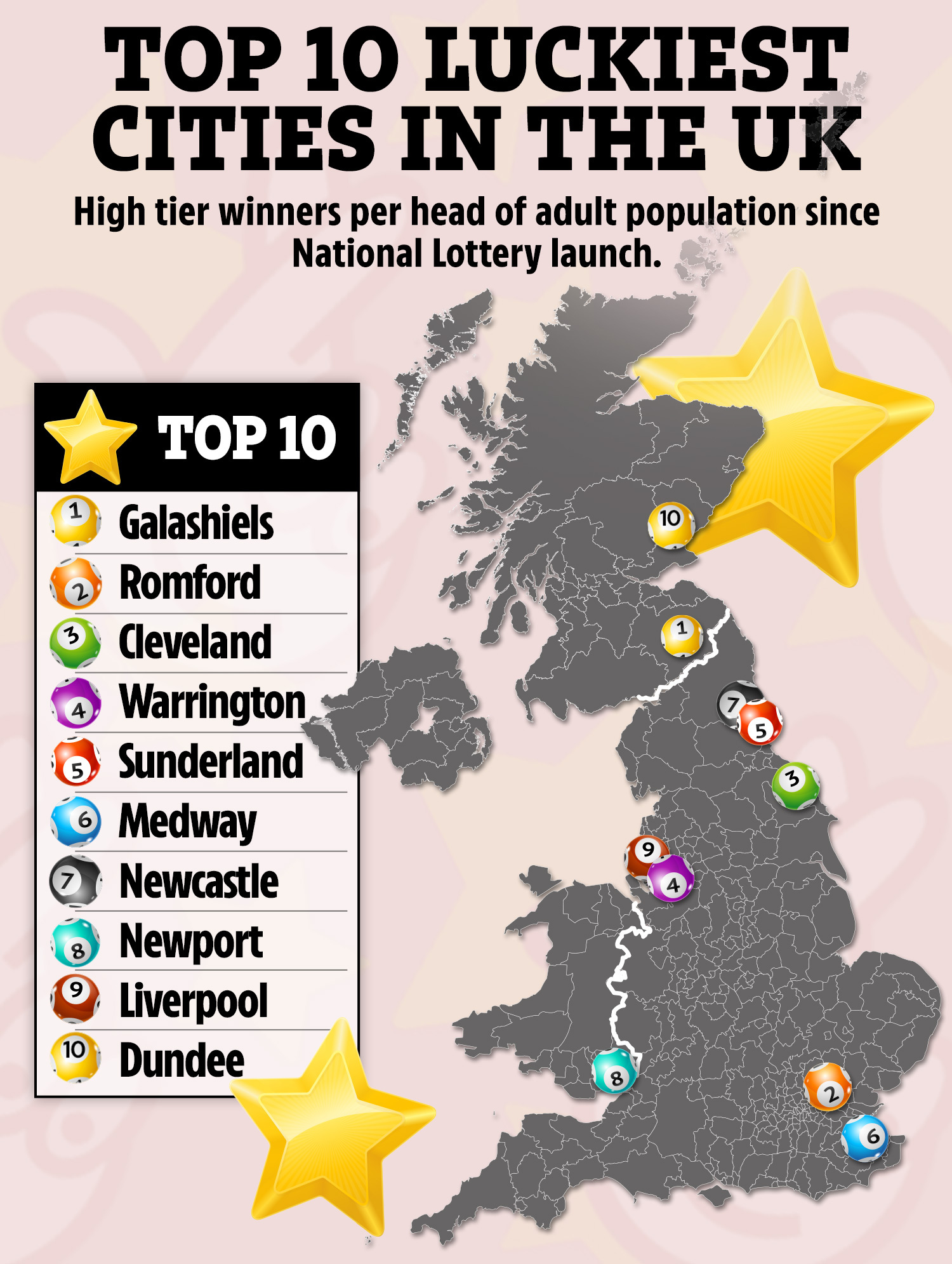 The National Lottery has now made over 6,100 millionaires in the UK.

Data taken from the launch of the lottery in 1994 until Sept 2019 reveals the luckiest regions.

It comes ahead of tonight's mega-bucks EuroMillions jackpot draw, with the cash prize rolling over to a whopping £184 million.

Camelot's Andy Carter, senior winners' adviser at The National Lottery, said: "If one UK winner banks the lot, they would instantly become the UK's biggest ever National Lottery winner.

"Players are urged to get their tickets early to be in with a chance of winning this fabulous prize."

But where in the UK have Brits struck gold most often?

Galashiels in Scotland has seen the most big winners of £50,000 or morelocal population.

The historic Essex town of Romford comes second on the list of Camelot's most fortunate postcodes.

According to The National Lottery, the Cleveland postcode is the thirdluckiest in the country.

Next on the list is Warrington, with dozens of winners in the Cheshire town between 1994 and 2019. 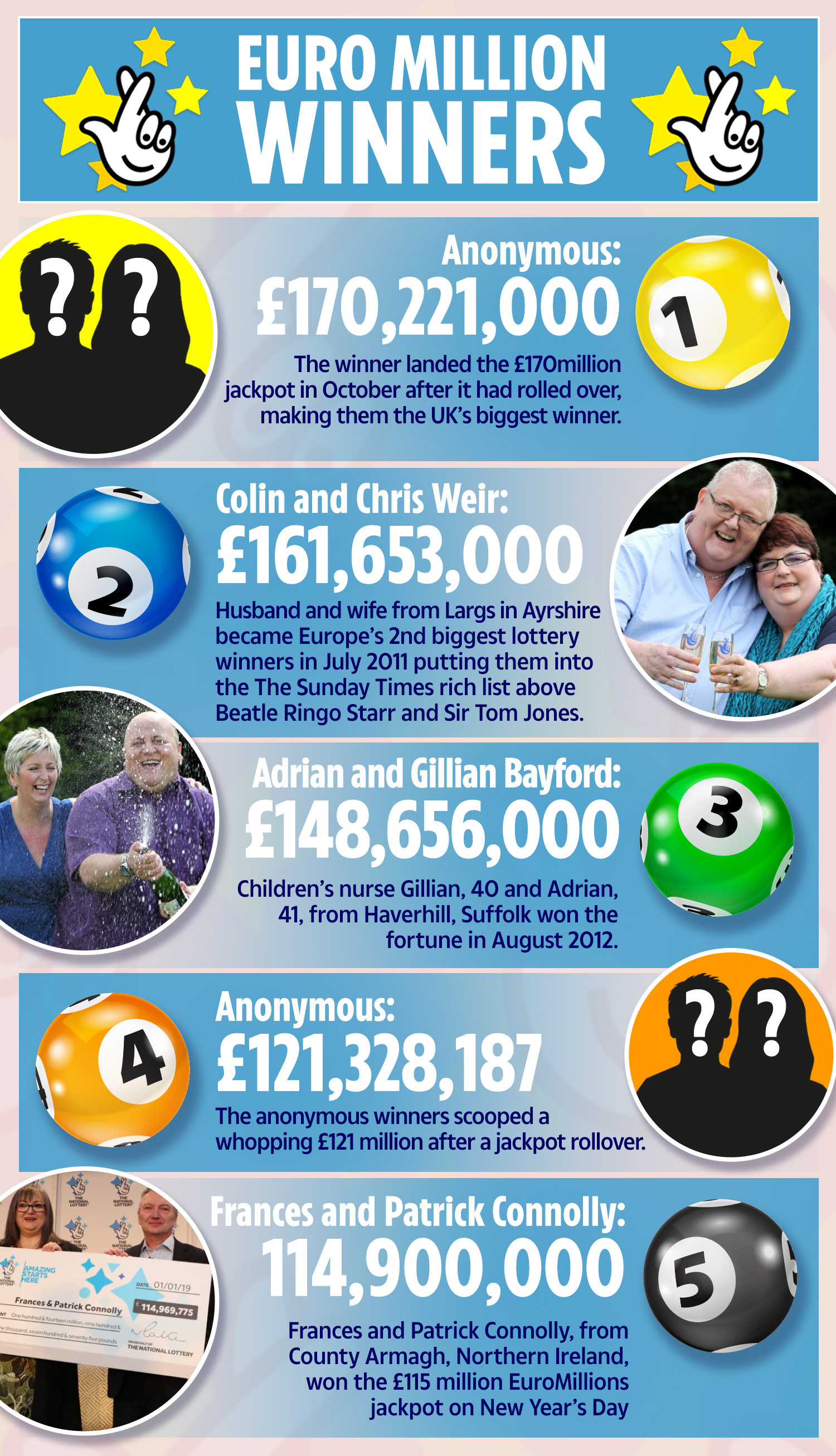 In fifth place is Sunderland with residents in Kent's Medway living in the sixth luckiest region.

Number seven for the highest number of winners is Newcastle with Newport in Wales eighth on the list.

Liverpool and Dundee make up the final two places on the top 10 of the UK's luckiest regions.

Some of the UK's previous largest EuroMillions winners include Colin and Chris Weir won £161million on the EuroMillions in 2011.

Adrian and Gillian Bayford from Suffolk won £148.6 million, after exchange rates, on 10th August 2012 because they bought a Lucky Dip from a convenience store.

And Frances and Patrick Connolly, from County Armagh in Northern Ireland, scooped the £114.9million New Year's Day EuroMillions jackpot in 2019.

It means a staggering £184m EuroMillions jackpot is on offer – which would be the biggest payout in UK history if a Brit has the lucky ticket. 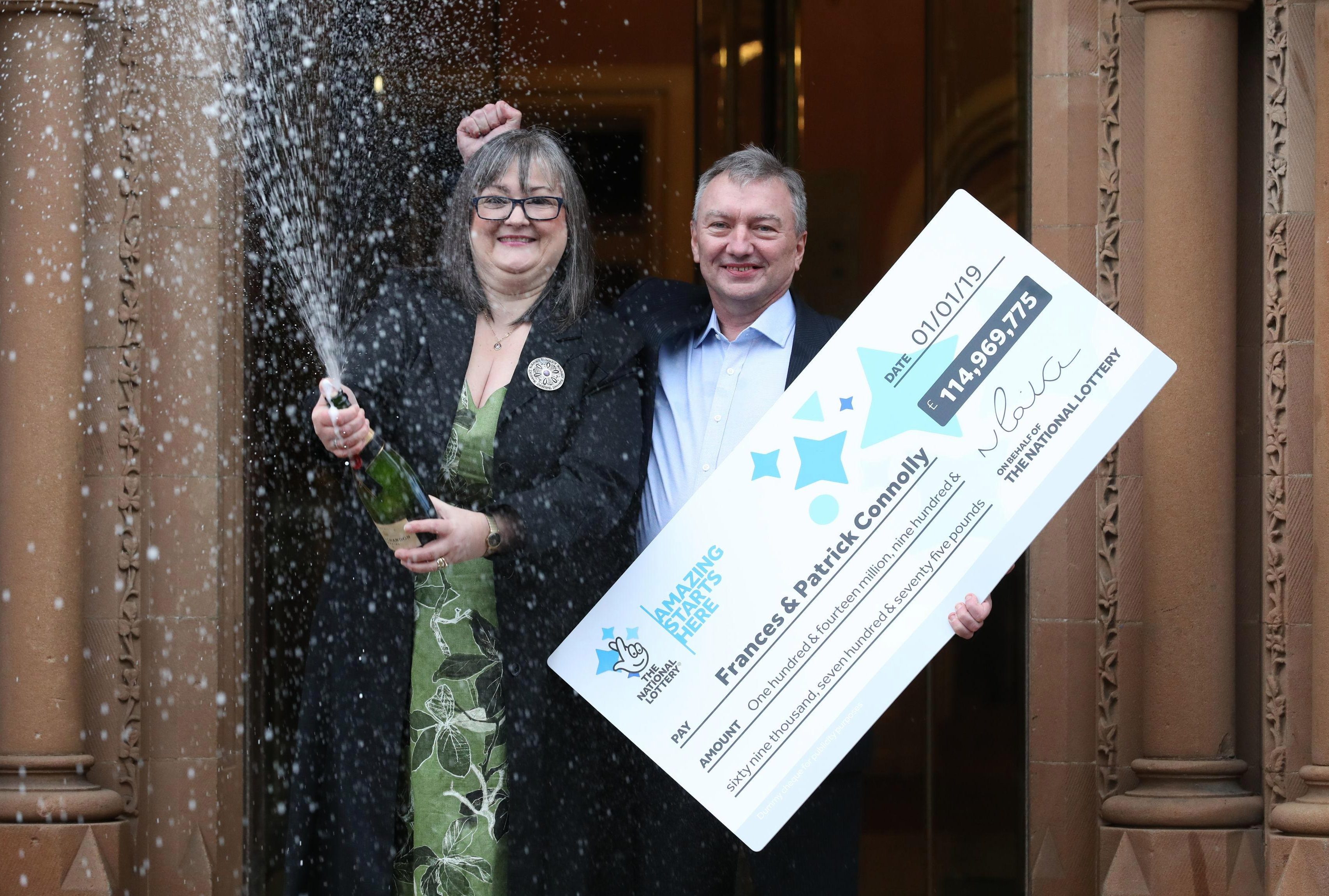