DEADLY tornadoes ripped through parts of the US last night leaving at least 11 injured in Kansas – amid warnings a twister could even hit New York City.

As many as 20 tornadoes including a huge mile-wide vortex ripped through northeastern Kansas before heading towards the 2.1million-population metro area around Kansas City. 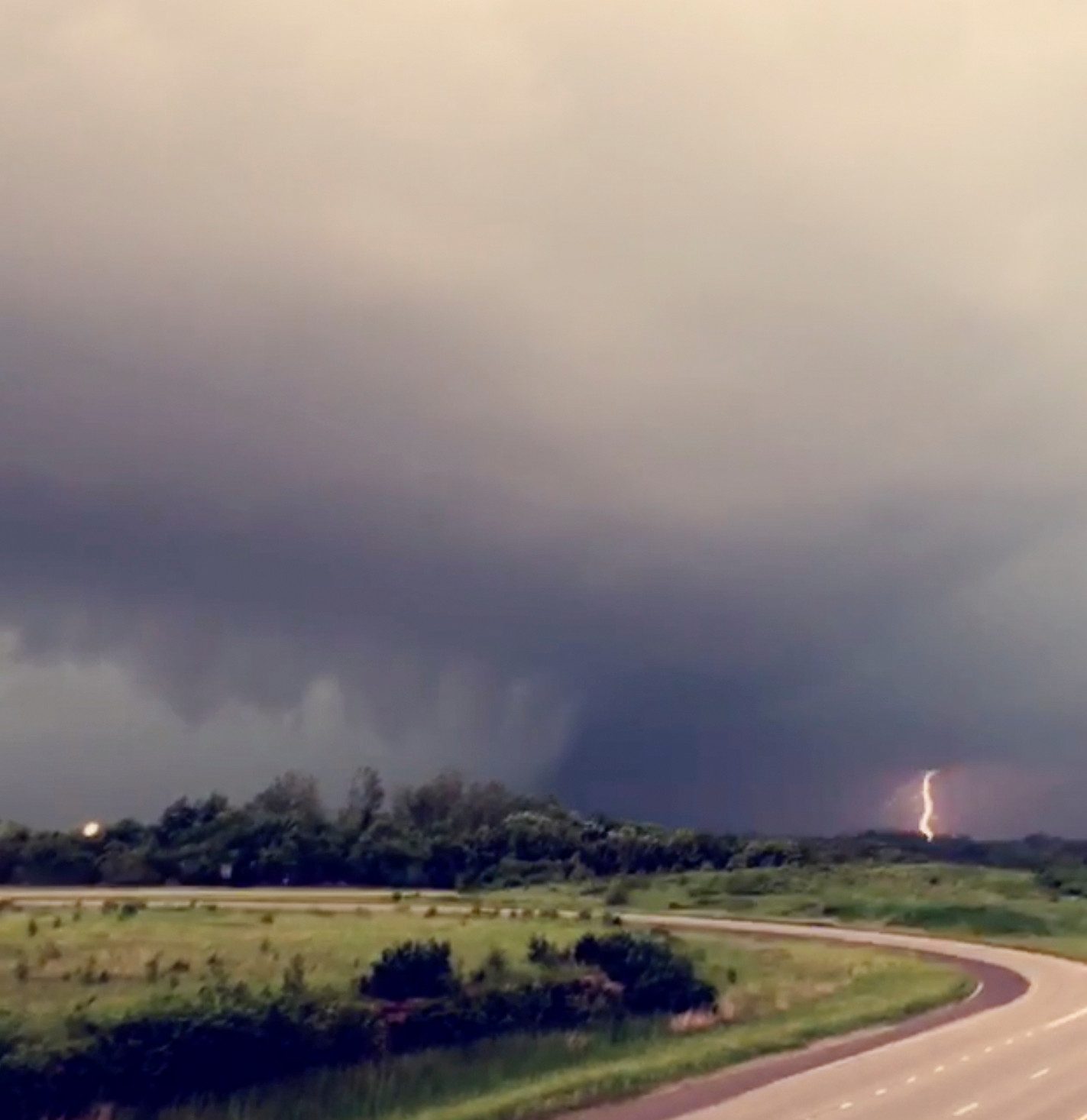 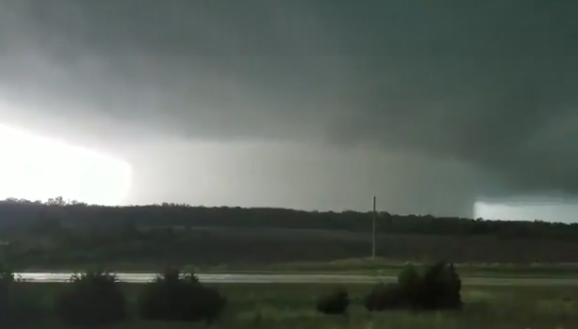 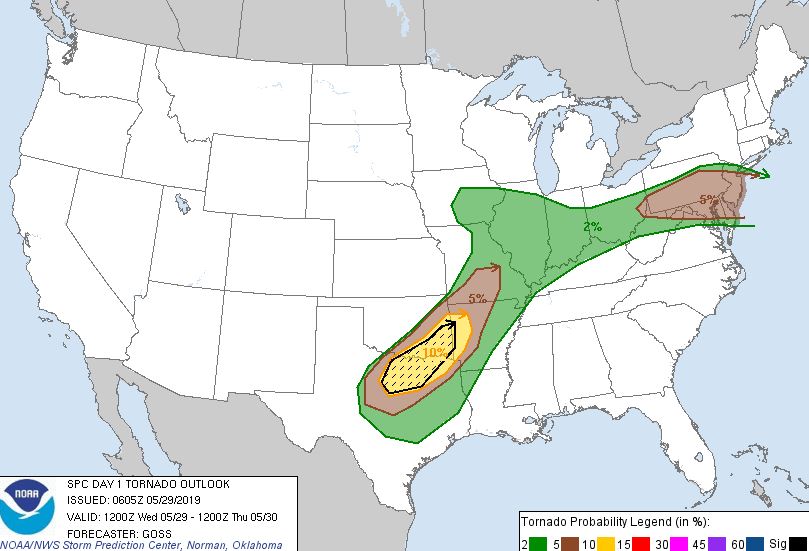 The main twister first touched down just after 6:10pm local time (12:10am Wednesday BST) near the small community of Lone Star.

It quickly began damaging homes, uprooting trees and rip down power lines as well as razing the small town Pleasant Grove – a township of about 100 people 50 miles west of Kansas City.

It then pummelled into the the 100,000-population city of Lawrence – home to the University of Kansas and about 50 miles from Kansas City.

Harrowing footage showed extensive damage in and around the area after a tornado emergency was declared and residents were told to stay inside.

Brian Perry told 41 Action News in Kansas City: "It was pretty wild – never been through anything like it in my life."

The twister soon began carving a path towards the densely-populated Kansas City and hit the Interstate 70 near the Kansas Speedway – a major shopping and entertainment area that is heavily populated.

There were no immediate reports this morning on the extent of the damage or of any injuries here.

Torrential rain in the area also brought the risk of severe flash floods amid a dangerous wave of storms crossing the Plains and US Midwest.

The storm left so much debris on the airfield that flights remained delayed even after passengers were allowed back inside after an hour.

Of the 11 injured in Douglas County, Kansas, one was described as in a serious condition, the local sherriff's department said.

Most of the damage in the county appeared to be outside the Lawrence city limits but downed trees and power lines also blocked roads on the edge of town. 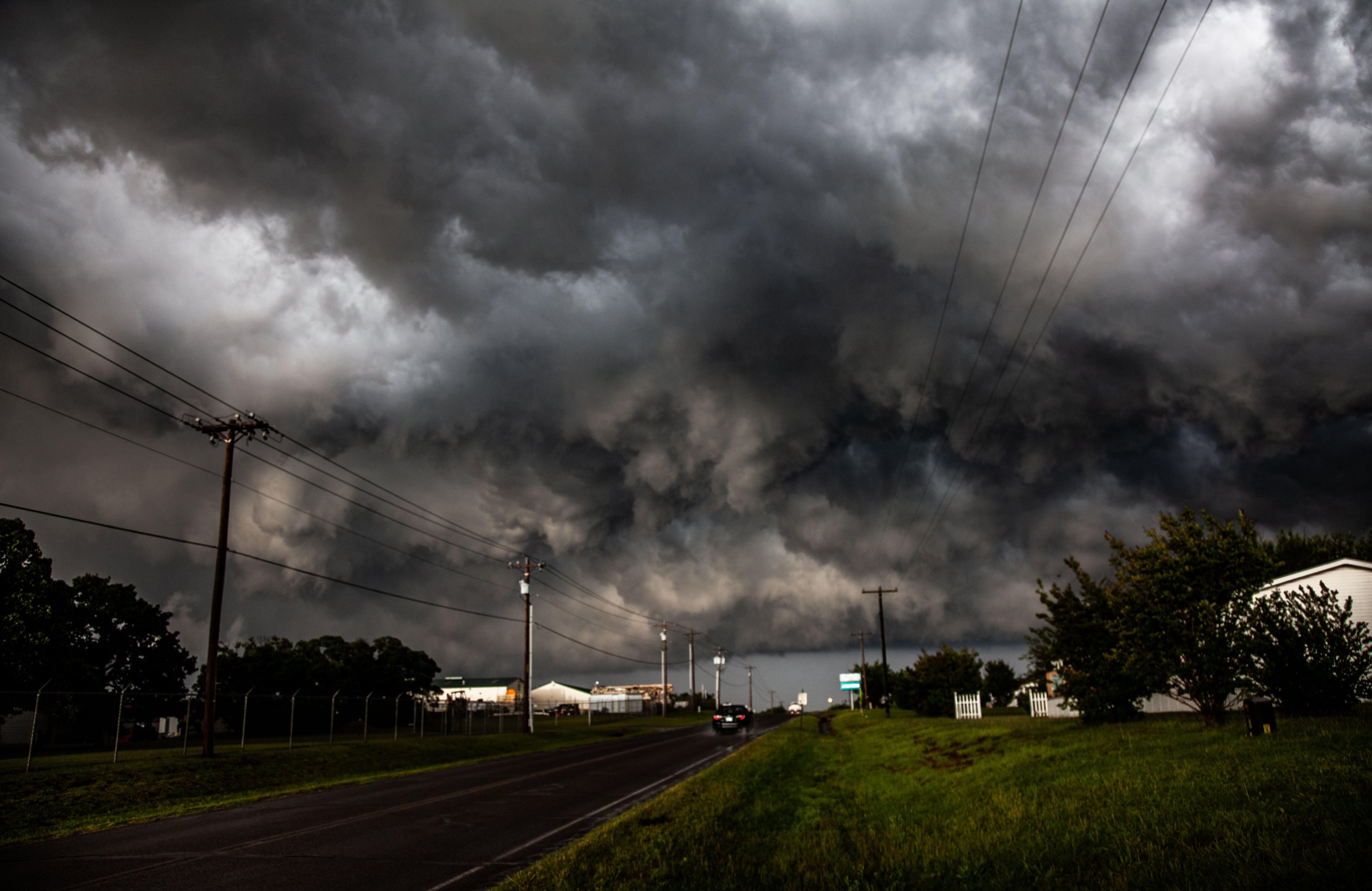 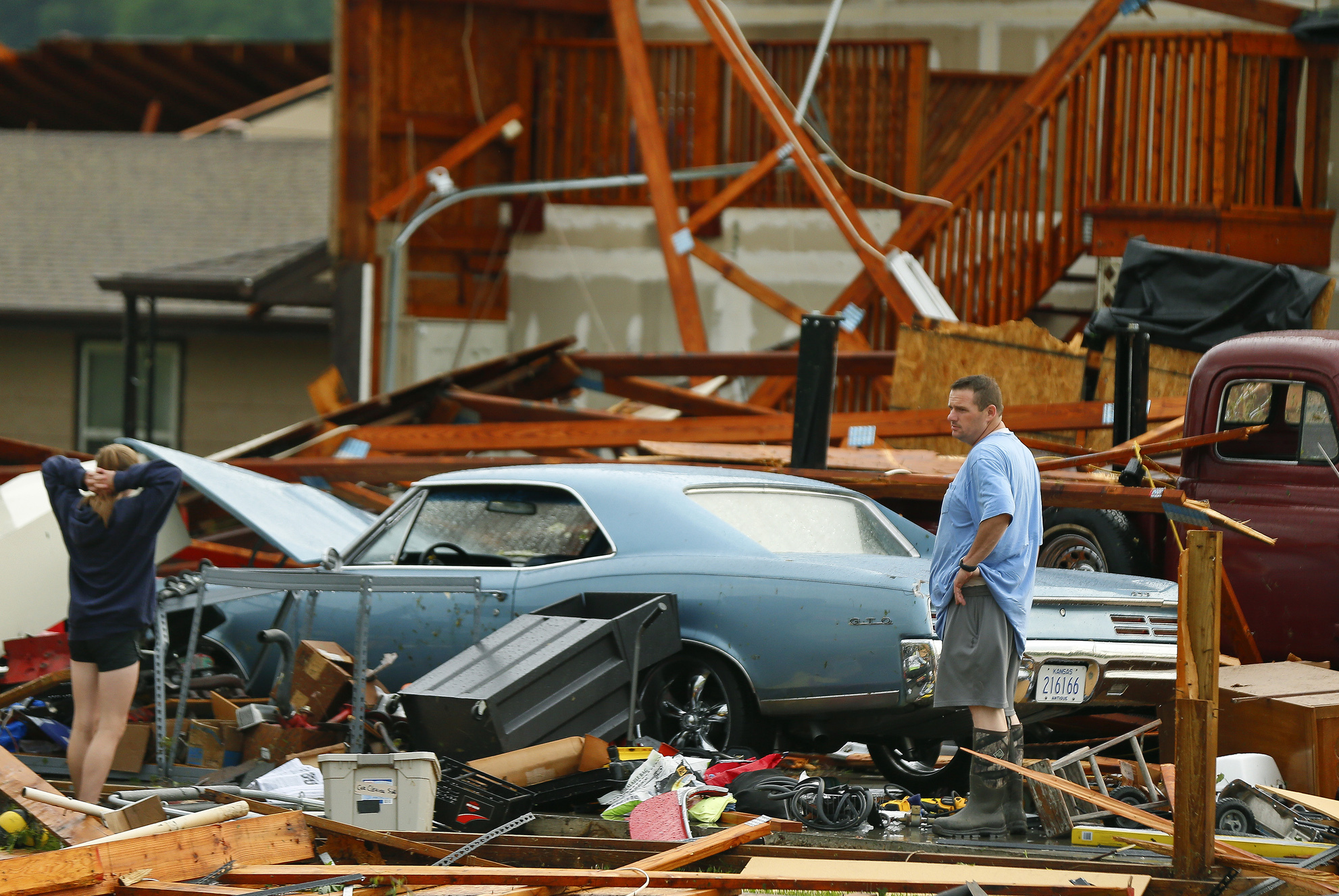 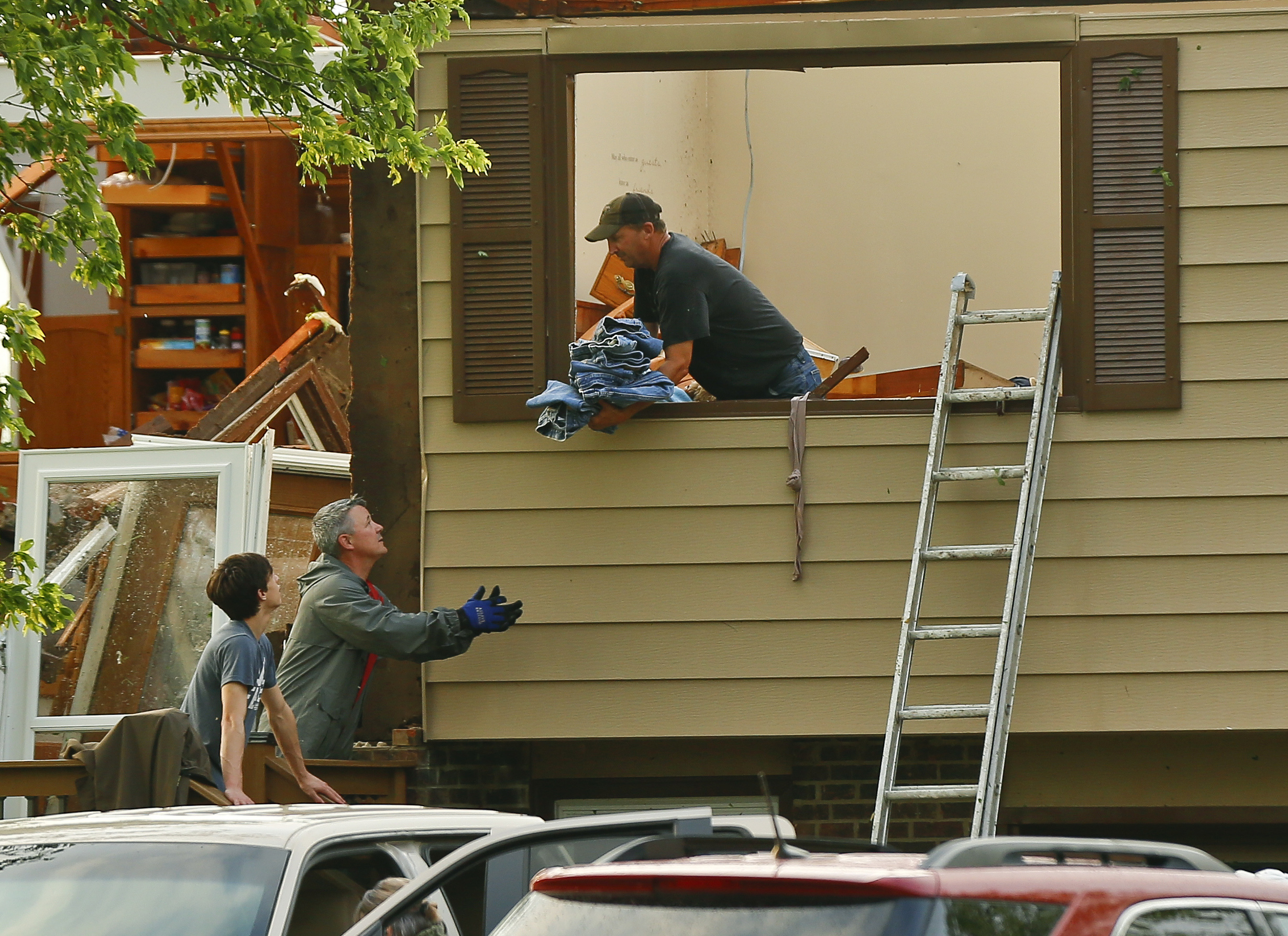 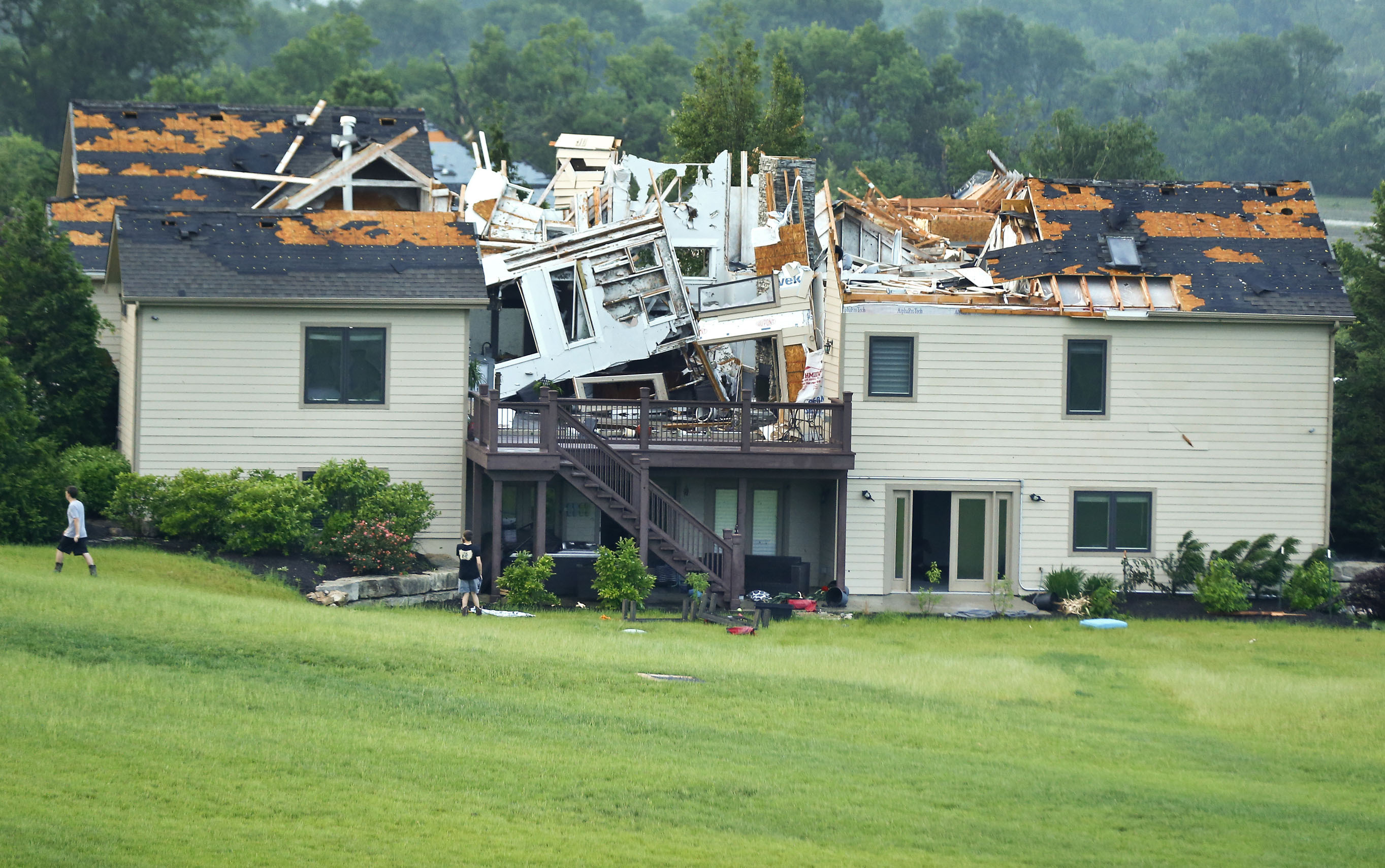 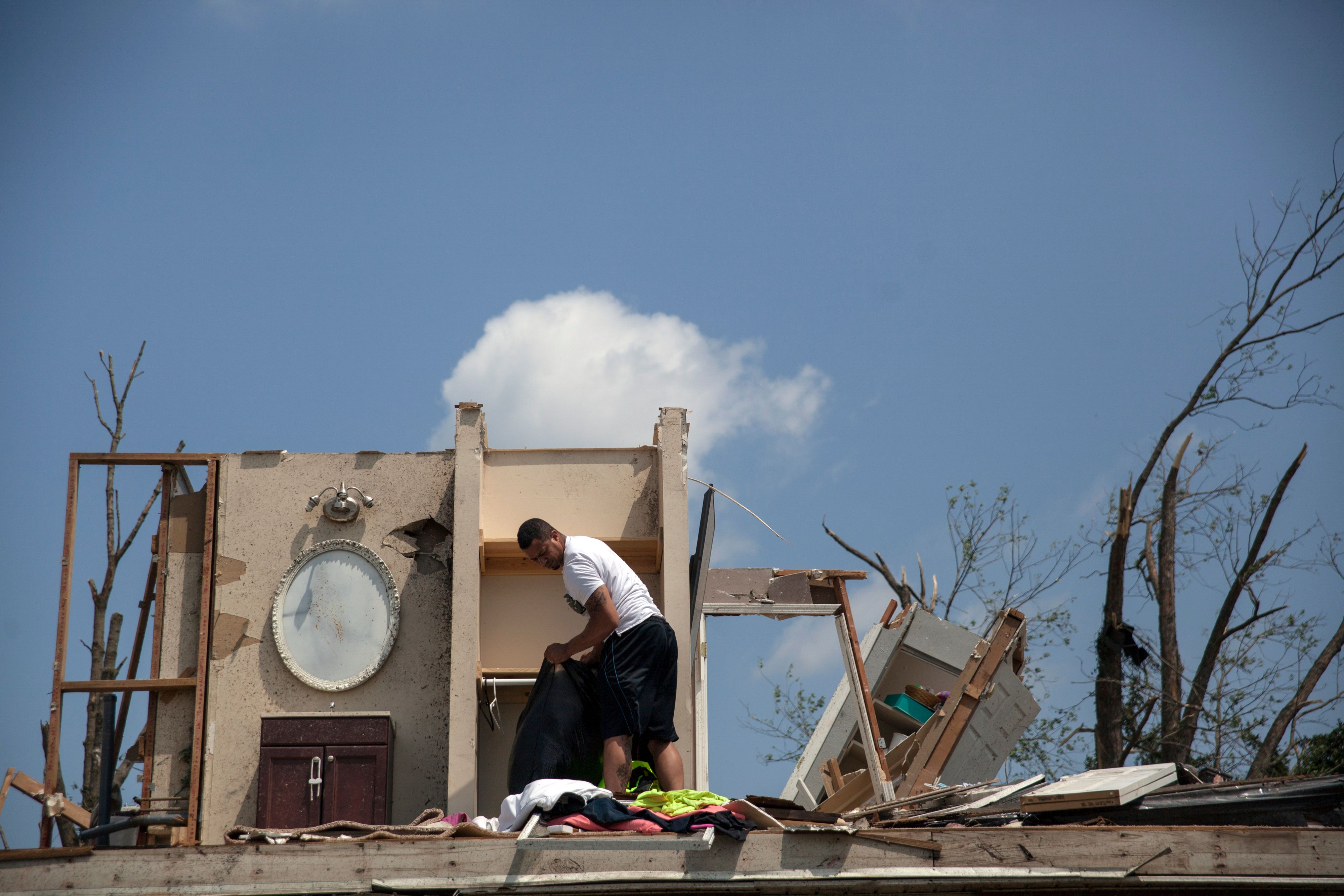 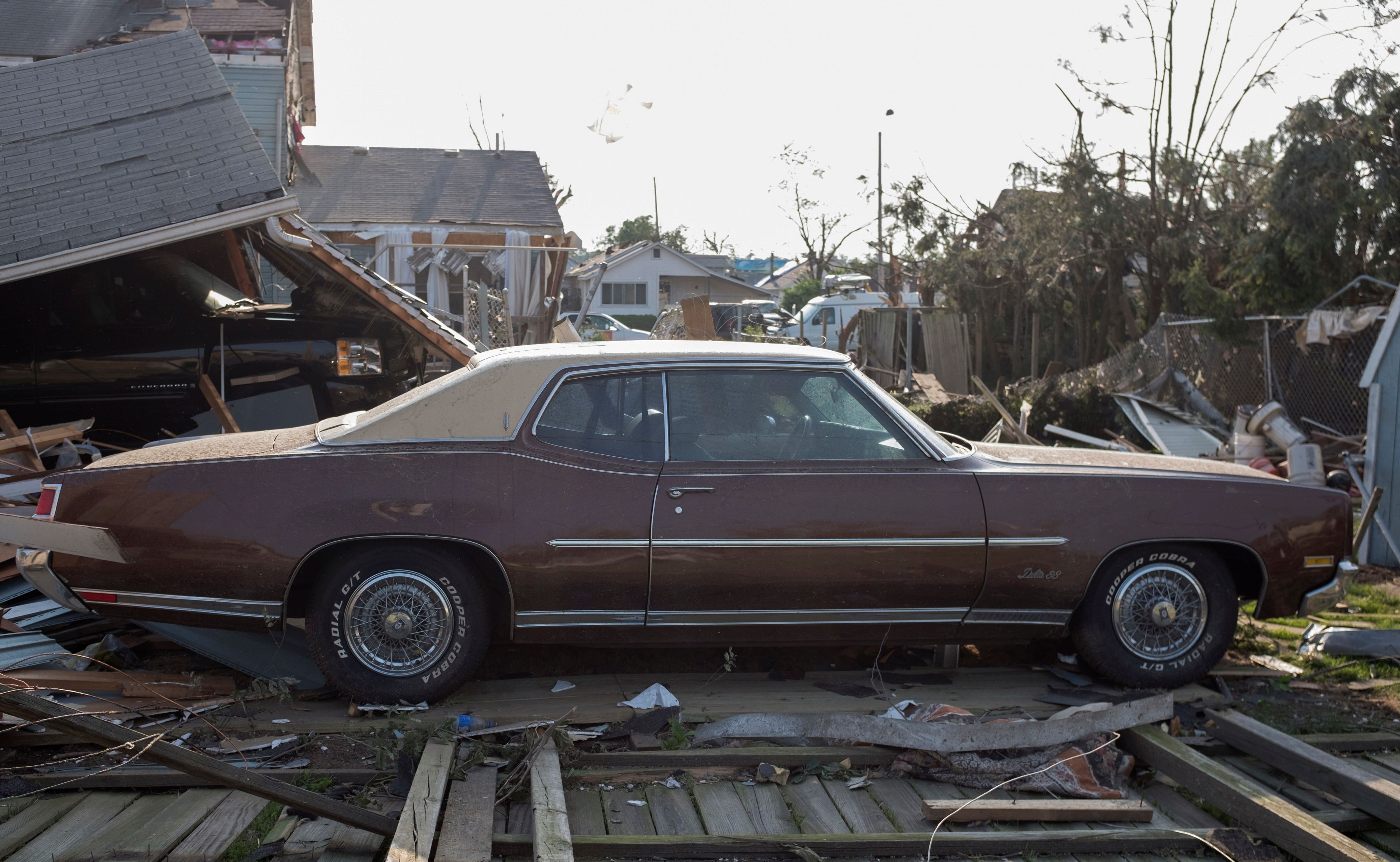 Parts of New York City even came under a tornado warning last night as thunderstorms swept through the metropolis.

Residents in the New York borough of Staten Island, south of Manhattan, were told to be vigilant of twisters and coin-sized hail stones.

As many as 1.3million people fell in the affected area – which also covered large parts of New Jersey and Pennsylvania – with 323 schools and 19 hospitals in danger.

The warning was valid until 10:15pm local time last night (3:15am Wednesday BST).

City officials advised people to immediately take shelter on lower floors and to stay away from windows.

A tornado was later confirmed in eastern Pennsylvania which peeled roofs from homes and collapsed buildings.

The latest wave of tornadoes came a day after a spate of twisters pulverised buildings in western Ohio, killing one person, injuring scores and triggering a recovery effort in neighbourhoods strewn with wreckage.

An 81-year-old man was killed in Celina, a small city 65 miles north of Dayton, after a tornado sent a vehicle crashing into his home.

More than 300 tornadoes have ravaged the US Midwest in the last two weeks during an unusual onslaught of extreme weather.

The flurry of hundreds of tornadoes has been caused by the interaction of moisture from the Gulf of Mexico, a strong jet stream and a weather front that has been locked in place.

Nearly 55,000 homes and businesses in Ohio were without power on Tuesday, according to the PowerOutage.US tracking service, and officials advised people to boil water after water plants and pumps halted.

The latest storm follows tornadoes and floods that killed at least three people in Missouri and six people in Oklahoma during the previous week, including two in El Reno on Saturday.

Unexpected pipeline outages and refinery shutdowns over the past week – in part caused by bad weather in the US Midwest – have roiled cash markets for both crude oil and refined products, traders said. 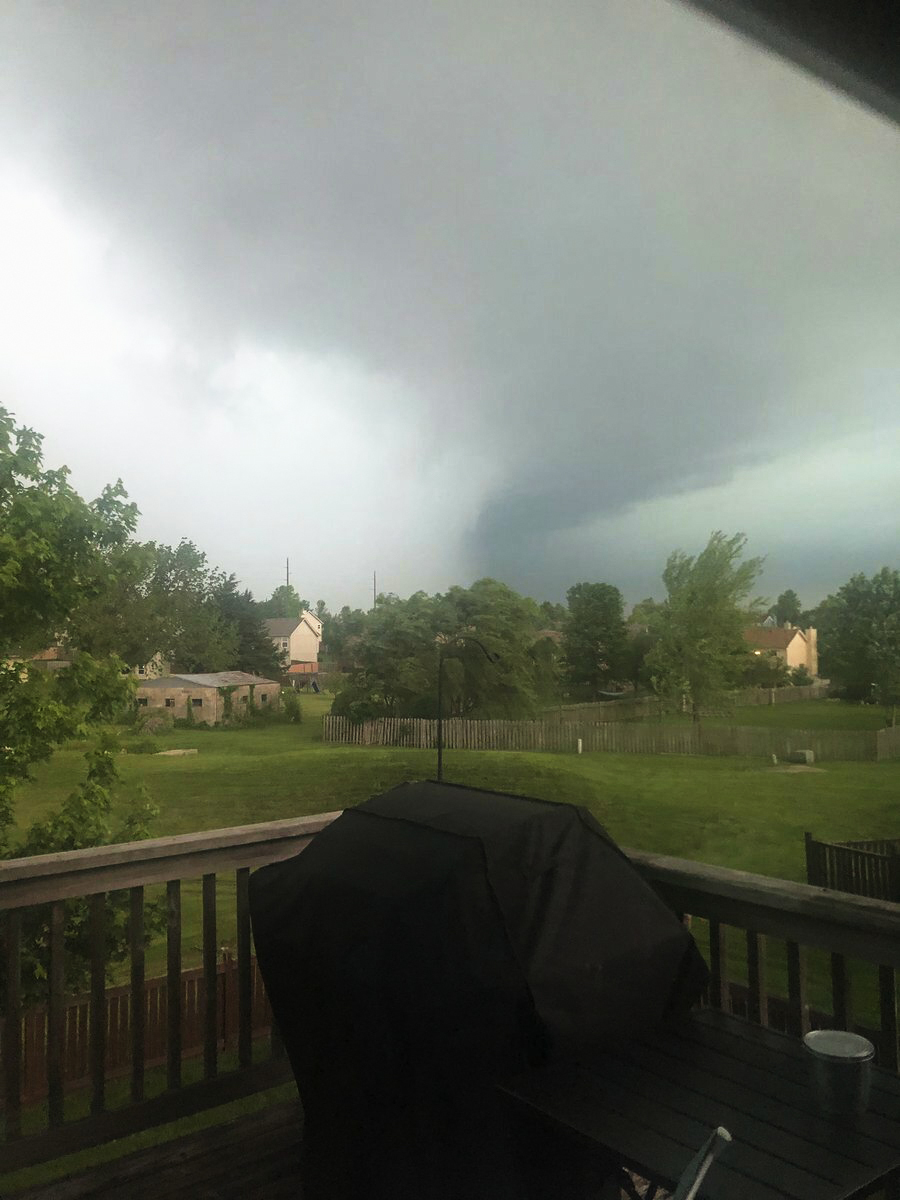