Travel and hospitality bosses are calling for an extra bank holiday in September in a bid to recoup losses suffered because of dismal weather in May.

Chiefs across the industry are heaping pressure on the government after the washout weekend at the start of the month, which saw diners forced to huddle under umbrellas in pub gardens or stay at home.

For many businesses, it was only the second bank holiday that they had been able to open for in 14 months.

Bernard Donoghue, head of the Association of Leading Visitor Attractions (Alva), has repeatedly called on the Government to introduce a new bank holiday for 2021 at the end of September, ‘to thank the NHS and key workers and help the tourism industry repair our balance sheets.’ 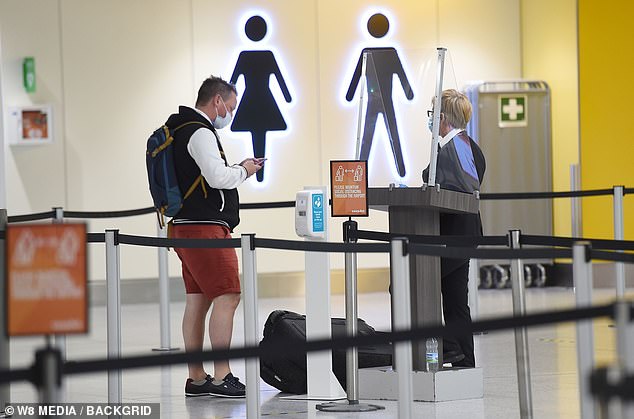 Travel and hospitality bosses are calling for an extra bank holiday in September in a bid to recoup losses. Pictured, a quiet Gatwick Airport 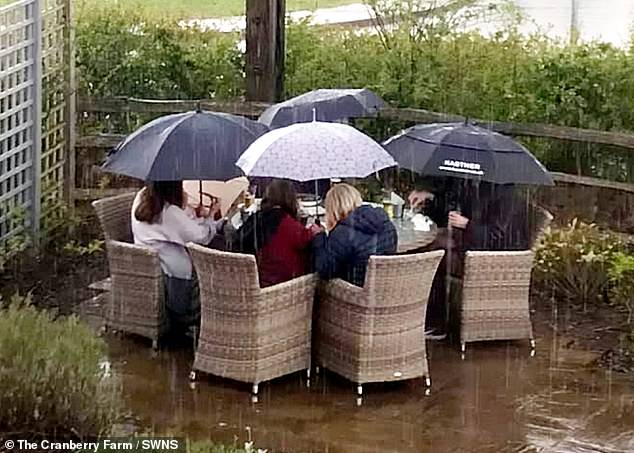 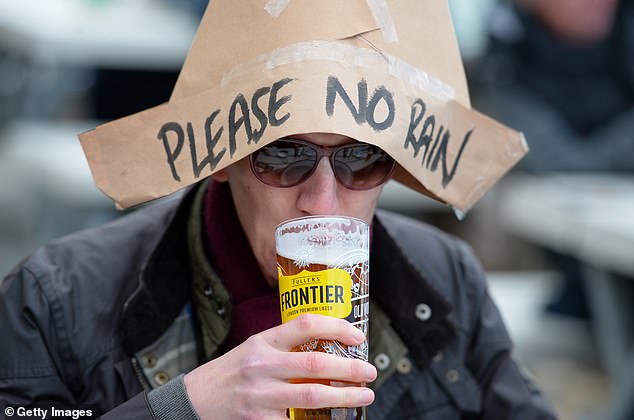 ‘Please No Rain’: A drinker outside at The Still & West pub at Spice Island in Portsmouth

By James Tozer for the Daily Mail

Hospitality chiefs reacted with fury as the High Court threw out a legal bid to allow them to welcome customers indoors before May 17 in response to plummeting Covid infections and deaths in the UK.

However last night they hit out, saying judges had rejected their claim against Health Secretary Matt Hancock on the grounds that it was ‘academic’ as there wasn’t time for the court to hear it before May 17.

That is the date from which the next stage of easing England’s coronavirus restrictions is planned under the Government’s road map out of lockdown.

They also complained that a report by the Government’s advisory committee, Sage, on the risks of catching Covid from going to a restaurant or pub hadn’t been disclosed to them before its publication last Friday.

‘This case is not ‘academic’ for an industry that is losing £200million every day it remains closed, for the over three million people who work in our industry, or for the tens of thousands of businesses, suppliers, landlords and contractors forced into bankruptcy by Government measures,’ Mr Osmond said.

‘Our legal action gave them a fighting chance yet once again in 2021, the strong arm of the state has come crushing down on hope and aspiration.’ Calling for the reopening of indoor hospitality to be brought forward based on the Sage findings in order to ‘capitalise on the NHS’s brilliant vaccination rollout’, Mr Osmond said it was time to ‘follow the data rather than arbitary dates based on outdated models’.

Mr Donoghue, from Alva, told The Independent: ‘We know tourism was hit first, hit hardest and will take the longest to recover.

‘A bank holiday weekend will typically generate 15 and 18 per cent of annual income.

‘Losing so many has been really disastrous. We’re asking for one more at the end of September so we can help repair our balance sheets.

‘I don’t mind what it’s called, I just want it to happen.’

Kate Nicholls, chief executive of UK Hospitality wrote on Twitter: ‘Hospitality and tourism has missed out on almost all bank holidays last year and the start of this.

‘An extra bank holiday would be a boost to business, the economy, jobs and investment.’

Bank holidays can be changed by Royal Proclamation.

If a bank holiday is set by the legislation, the Queen – acting on the advice of Ministers – can proclaim that it will be changed to a different day.

If it is a bank holiday that is already made by proclamation each year, the Queen can simply proclaim it on a different day. The Queen can also proclaim extra bank holidays, most recently done in 2012 to mark the Diamond Jubilee.

This comes as Brits are today demanding ‘let us back in the pubs now’ after hundreds of pubs, bars, cafes and restaurants decided to close early on Monday, as wet and windy weather put a dampener on the three-day weekend.

Now forecasters warn more bad weather could be on the way. Experts are predicting a week-long cold snap – which could see temperatures drop to -2C.

Alastair Kerr, who spearheads the Campaign for Pubs told MailOnline: ‘The recent Bank Holiday Monday was a washout for the UK, meaning that for many pubs across the country, they either closed early or didn’t open at all, this of course was devastating for both publican and customer alike.

‘We believe that the Government should have put in a contingency plan in place, to allow pubs to open up their inside areas instead, however it did not happen and as such many pubs remained closed on Monday.

‘Pubs have faced the worst 15 months of trading in their history and as such missed many Bank Holiday trading days.

‘Any opportunity to regain a Bank Holiday would be welcomed by many in the hospitality sector, as for many pubs, it is a well needed economic boost in quieter times.’

Pub-goers in England, Scotland, Wales and Northern Ireland have all been given the green light to return to pub gardens after lockdown measures were eased in each of the four UK nations.

But now al fresco drinkers and pub landlords are calling on Boris Johnson to get indoor hospitality open again in England ahead of May 17 – the Government’s current date for fully reopening pubs, bars and restaurants. 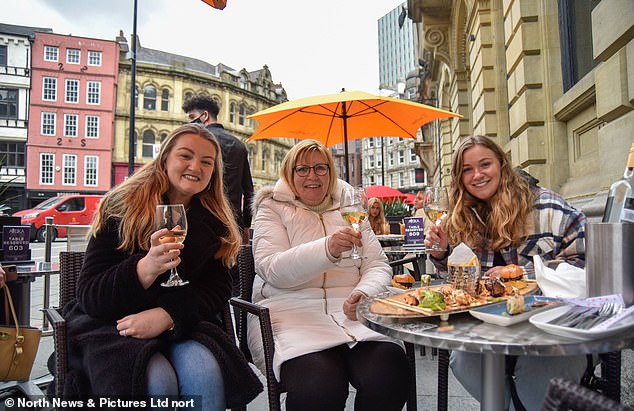 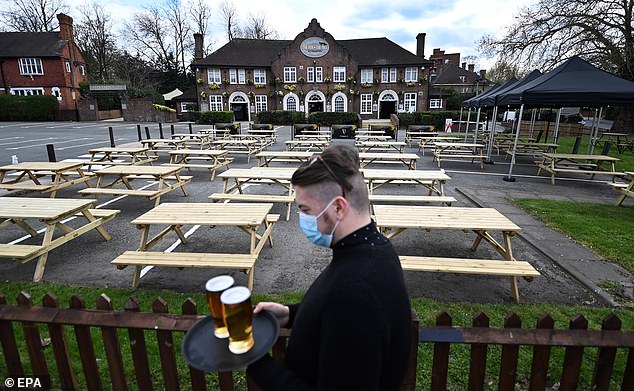 Chiefs across the industry are heaping pressure on the government after the washout weekend at the start of the month. Pictured, a pub garden in London last month

Many took to Twitter to let out their frustration after the bank holiday washout, with one saying: ‘What a complete flop of a bank holiday weekend!