A TOURIST has been killed and four others remain trapped under huge icicles after part of a 131ft frozen waterfall collapsed in Russia.

Rescuers rushed to help the group marooned under the Vilyuchinsky waterfall, also known as the Tsar icicle, after a part of the frozen structure collapsed. 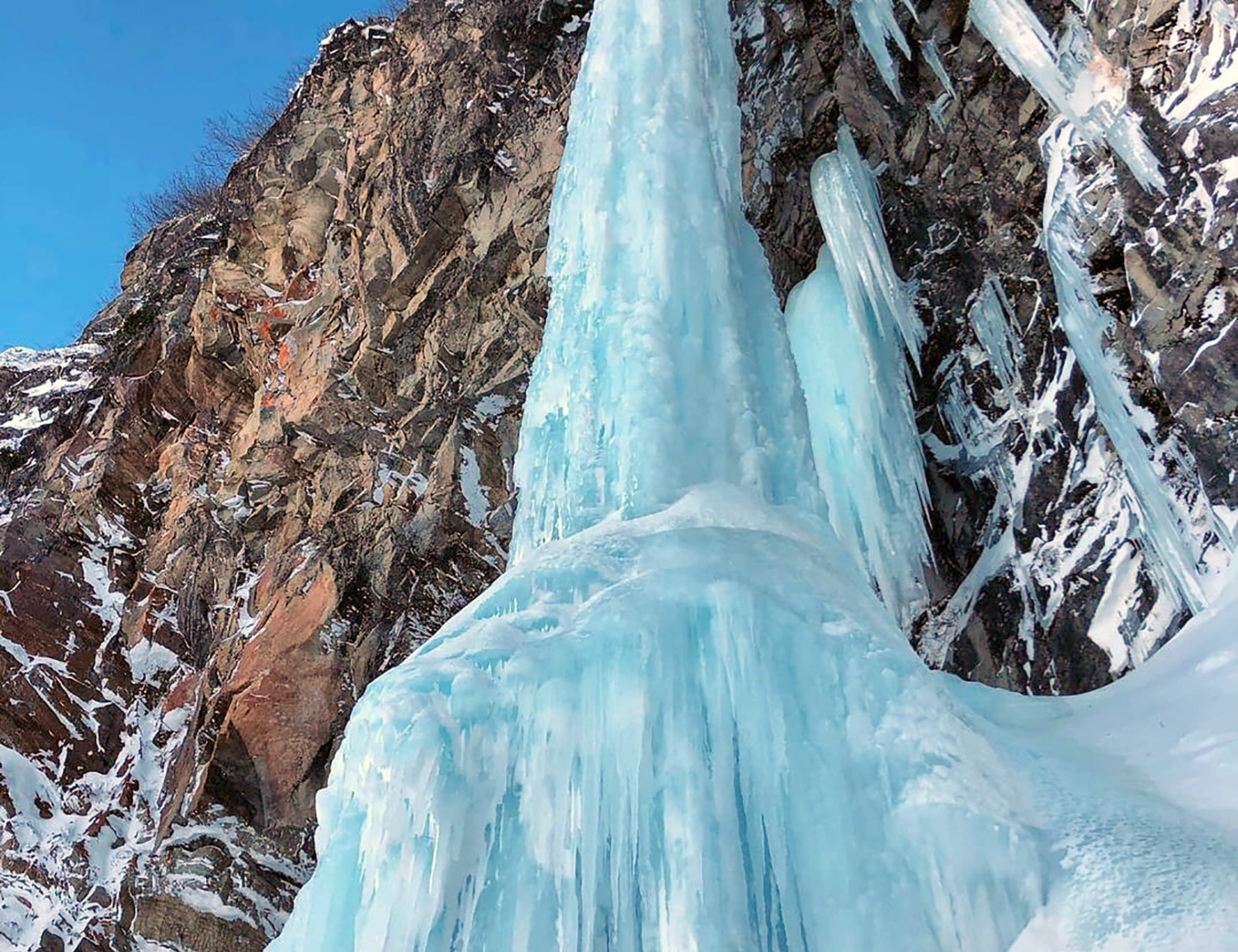 Witnesses reportedly pulled a “gravely” wounded child from the scene, among three, including a man and woman – who were rescued suffering injuries.

But four others remained stranded under the waterfall, after the chunk of ice fell on the group.

They were part of a larger tour group of seven, plus a guide, who had been stuck at the spot after the collapse.

The waterfall sits on the Kamchatka peninsula, which is located on Russia's Pacific coast.

The peninsula is nicknamed the ‘land of fire and ice’ due to its chilly climate and number of active volcanoes.

An emergency Mi-8 helicopter was dispatched to the tourist site on Thursday January 7 with rescuers, medics and investigators.

“One person died, another was pulled out and taken downhill from the waterfall, and four people were left under the ice’, reported the press service of the regional Ministry of Emergencies.

The two adults and child pulled from the ice fall were flown to hospital.

The waterfall, located on the northwestern slope of the Vilyuchinsky volcano, is one of the most popular tourist attractions on the scenic peninsula.

The 131 ft waterfall is formed from the outflow from thawing glaciers.

The temperature was minus 11C when the tragedy occurred. 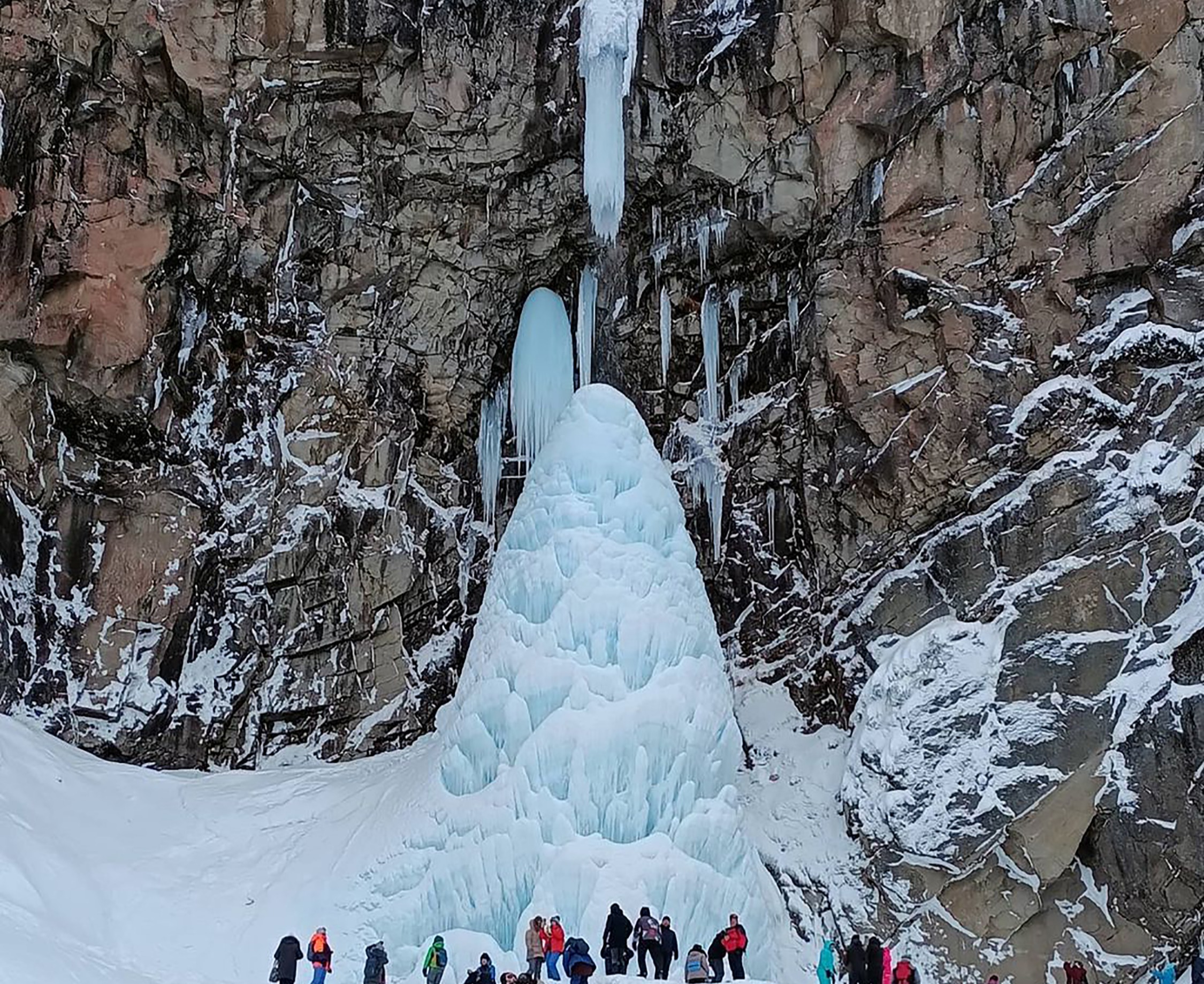 In winter it often freezes, resembling a giant icicle.

At times like this it becomes a magnet for tourists to one of Russia’s most beautiful  regions.