THE "traumatised" dad of Sir David Amess murder suspect begged "there should be no room for hatred" after MP Jo Cox's death.

MP for Southend West Sir David was knifed during a constituency surgery in Leigh-on-Sea, Essex on Friday. The man being held was last night named as Ali Harbi Ali. 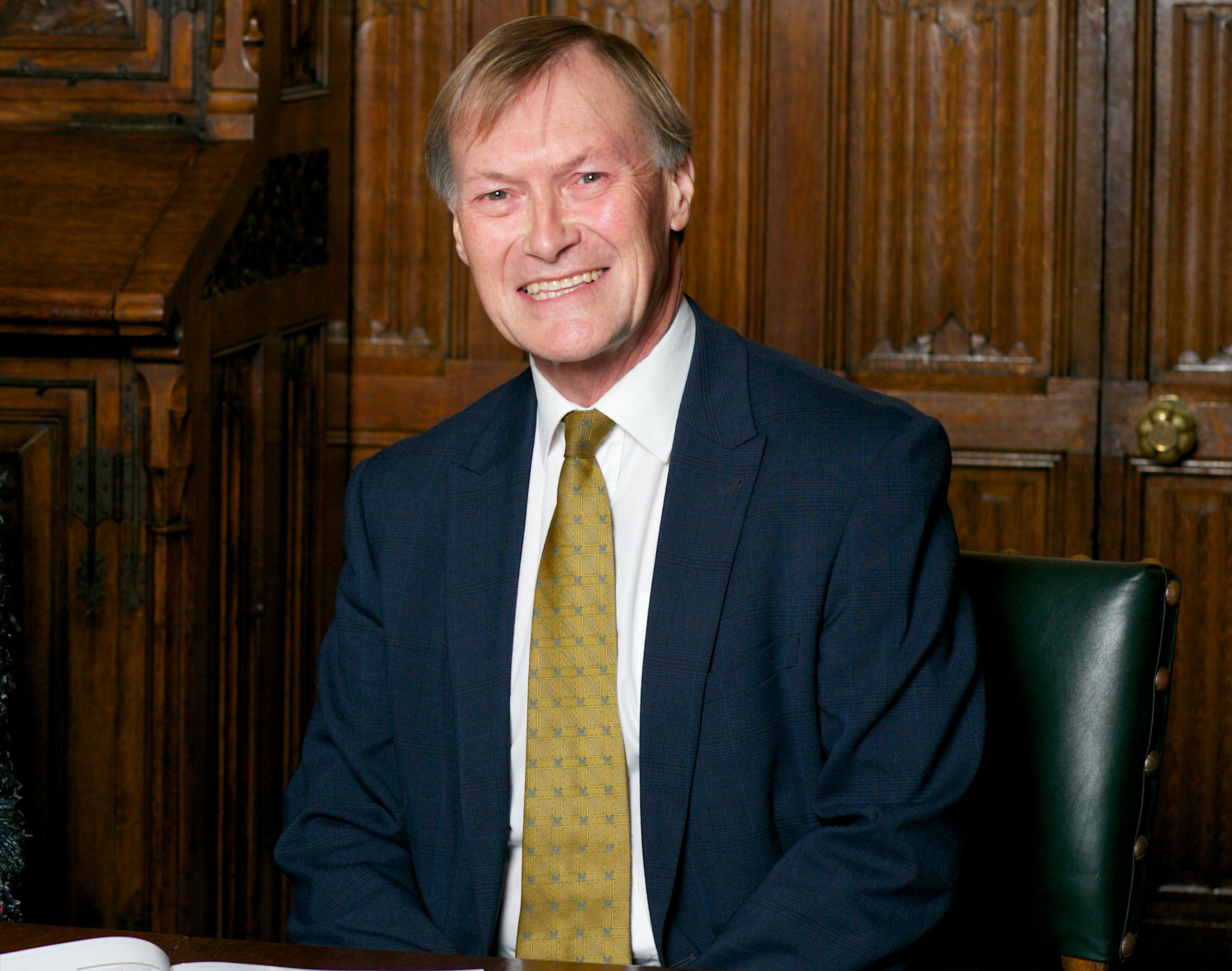 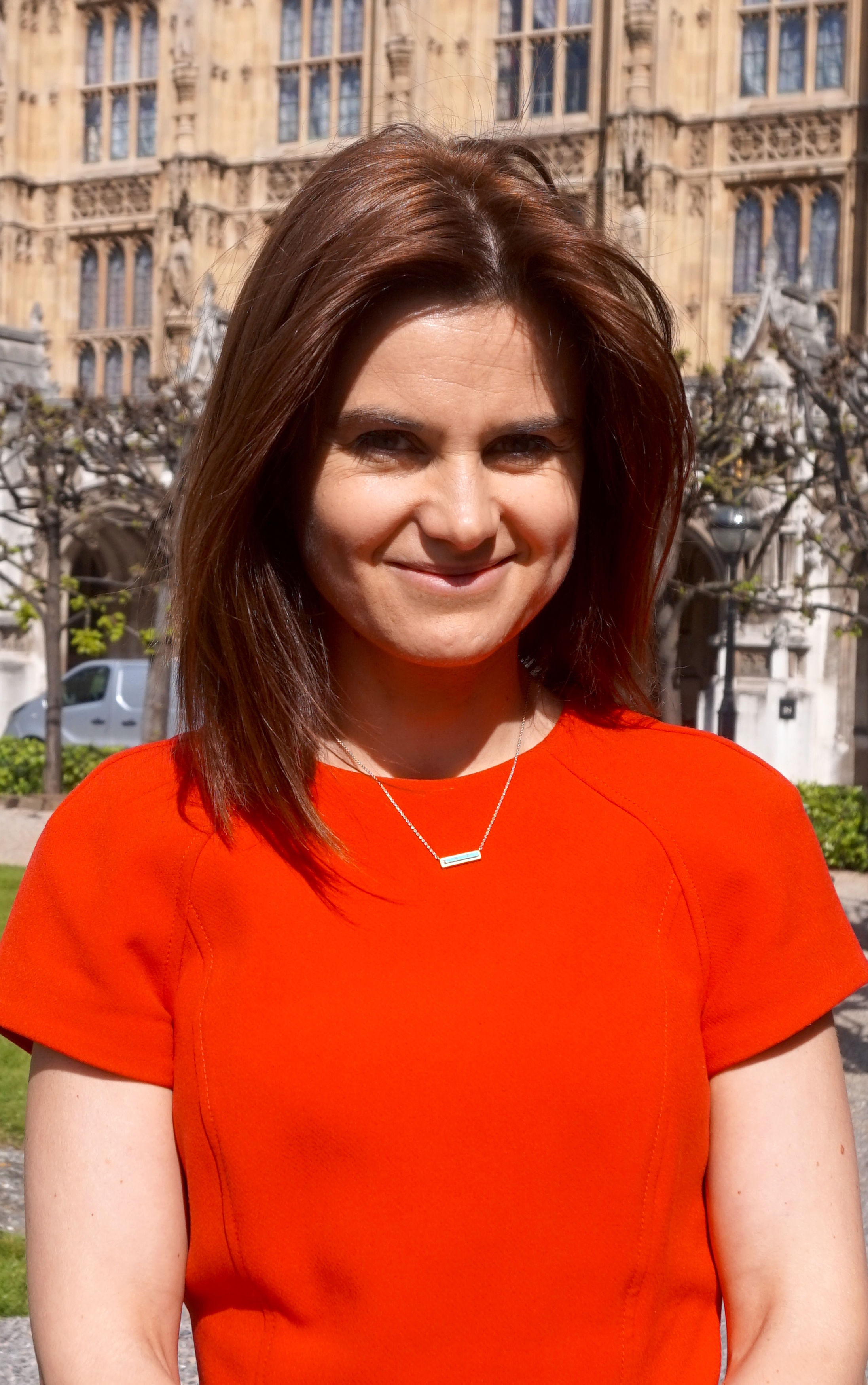 Ali's dad Harbi Ali Kullane – a former adviser to the prime minister of Somalia – confirmed his British-born son was in custody and said he has been visited by anti-terror police.

He told The Sunday Times: “I’m feeling very traumatised. It’s not something that I expected or even dreamt of.”

In newly emerged Tweets, Harbi said he was "devastated" by the loss of MP Jo Cox, who was shot and stabbed by a far-right extremist in 2016.

He wrote: "RIP Jo Cox. Devastated by the loss of a voice of the unrepresentative, my sympathies with her two children and family."

Sharing a link to a news story reporting the Batley and Spen MP's death, he added: "There should be no room for hatred."

Sir David's killer was described as "dead behind the eyes" after the attack,
with cops saying the suspect was on a terror watch list and had extremist material on his phone.

It was last night revealed that the man being held is Ali Harbi Ali. Witnesses said the suspect appeared “dead behind the eyes” after the attack.

The killer of Sir David is accused of travelling 50 miles by train to kill him – and allegedly had told the MP's staff that he had recently moved to the area.

Counter-terror cops believe he boarded a service in London to carry out the lone wolf attack.

The suspect is believed to have waived his right to silence on arrest and allegedly admitted fatally stabbing dad-of-five Sir David 17 times at his constituency surgery at a church hall in Leigh-on-Sea, Essex.

The suspect had not been on MI5’s “subject of interest” list.

But he had been referred to the early stages of the Government Prevent anti-terror scheme.

Cops and security services are examining the theory he was ­radicalised online during lockdown.

And they believe the suspect may have been inspired by al-Shabaab, an al-Qaeda offshoot operating in Somalia and Kenya.

Cops said that the suspect had Islamist material on his phone and may have targeted Tory Sir David, 69, because he was a symbol of the British Government.

The attack was also linked to a jihadist ideology because of statements the suspect reportedly made to arresting officers.

Yesterday he was being held at a police station in London. Officers can quiz him until October 22.

Sources said he lives in North London but had family ties to Southend, close to Leigh-on-Sea. Two addresses in the capital were being searched. 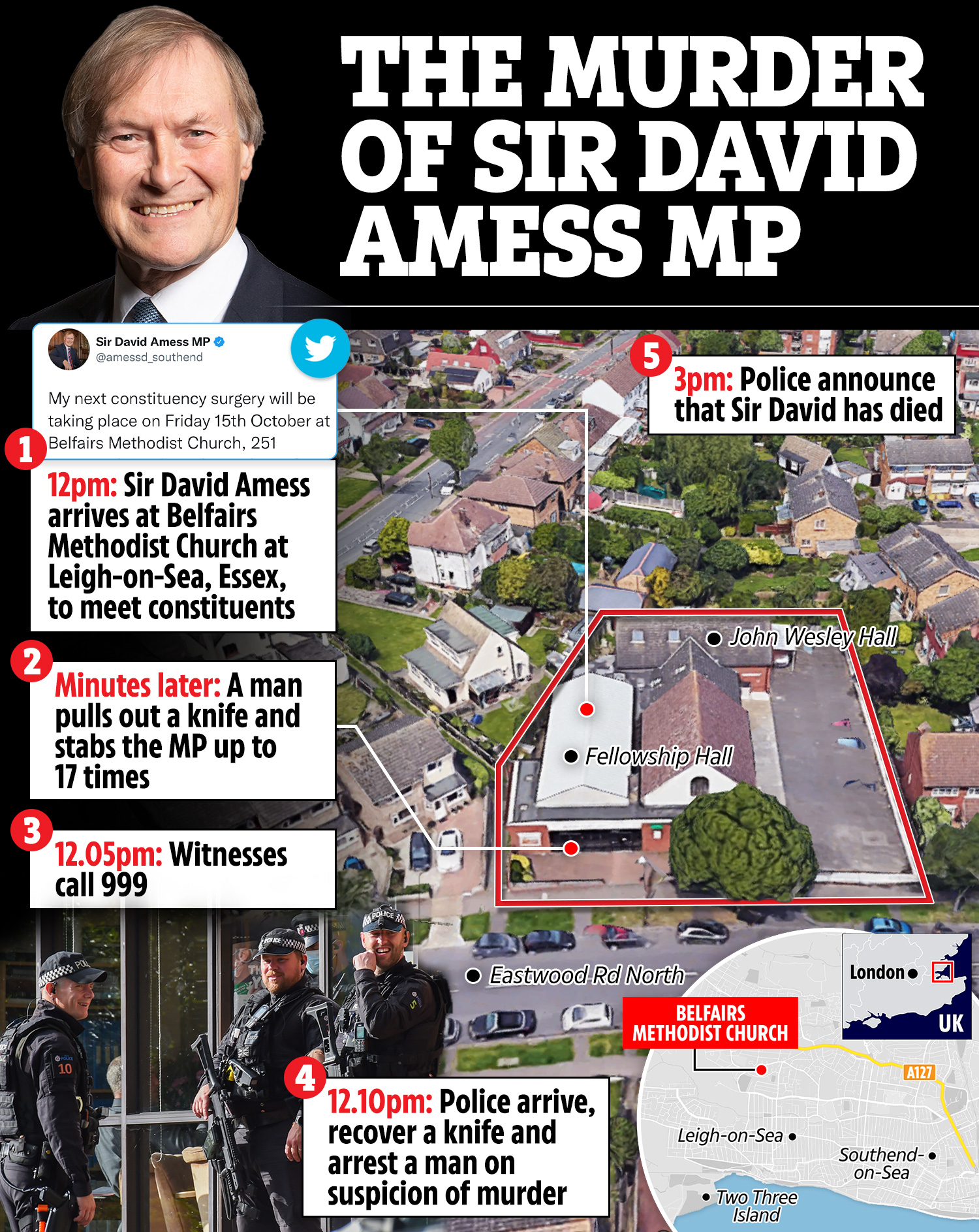 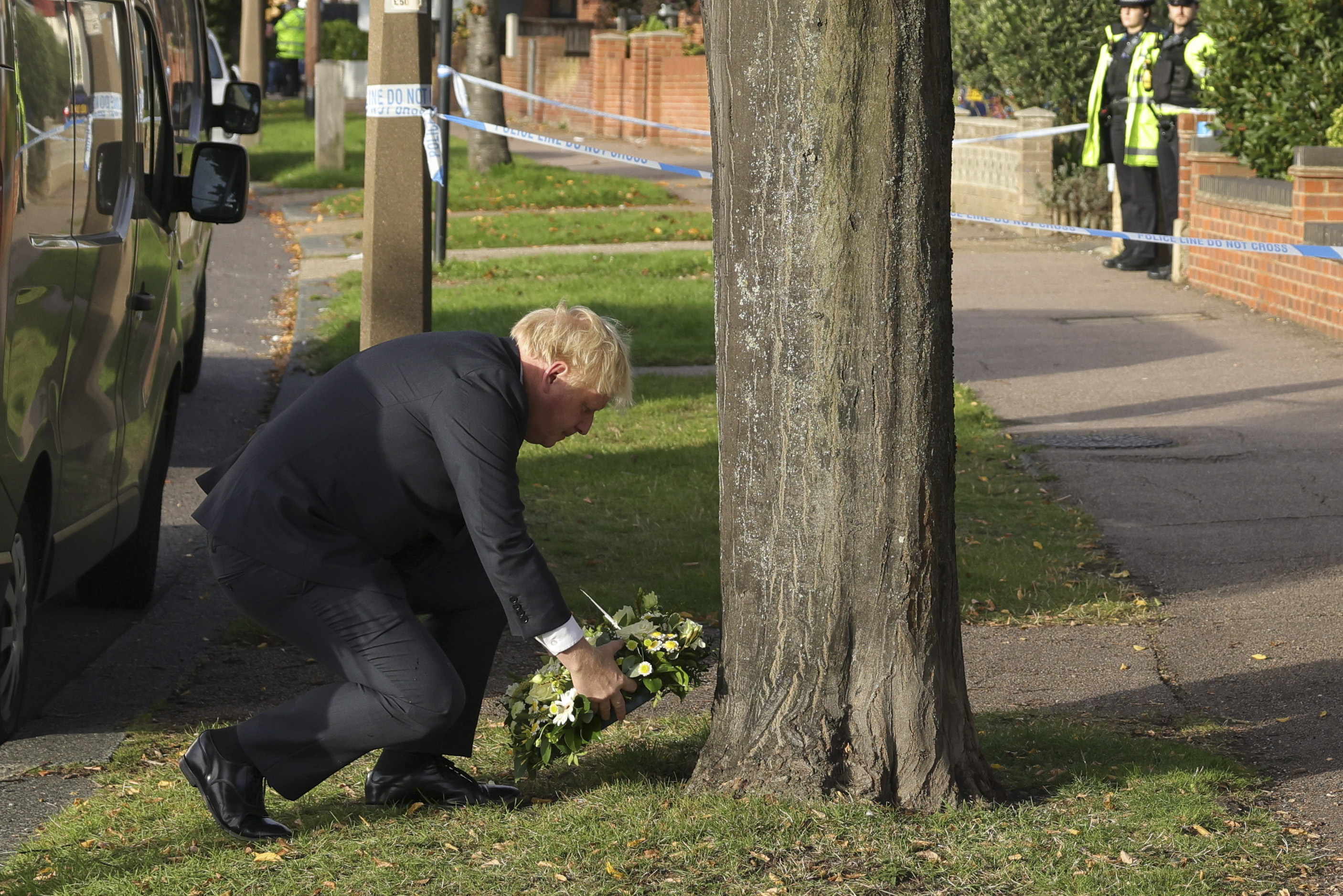 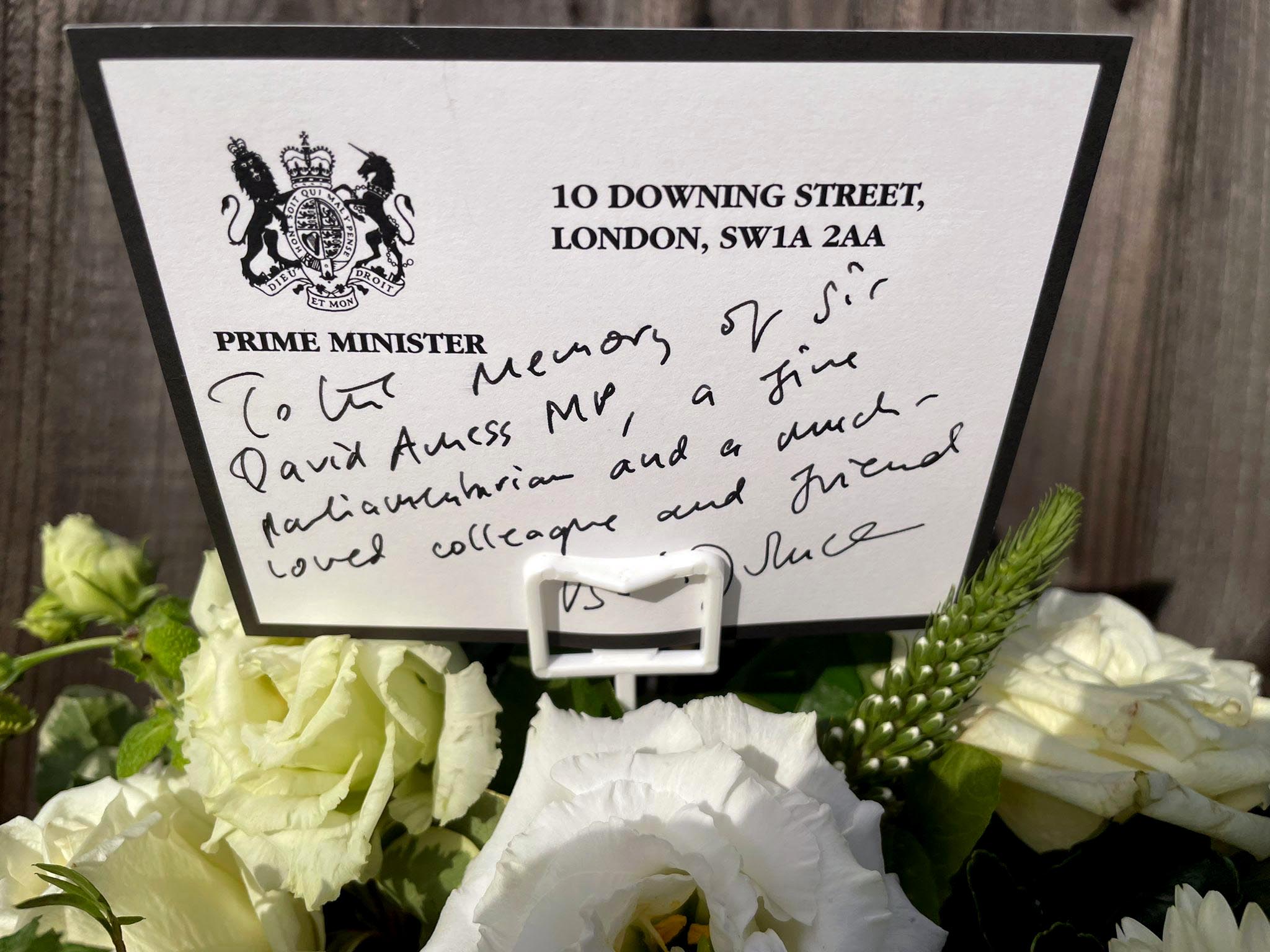 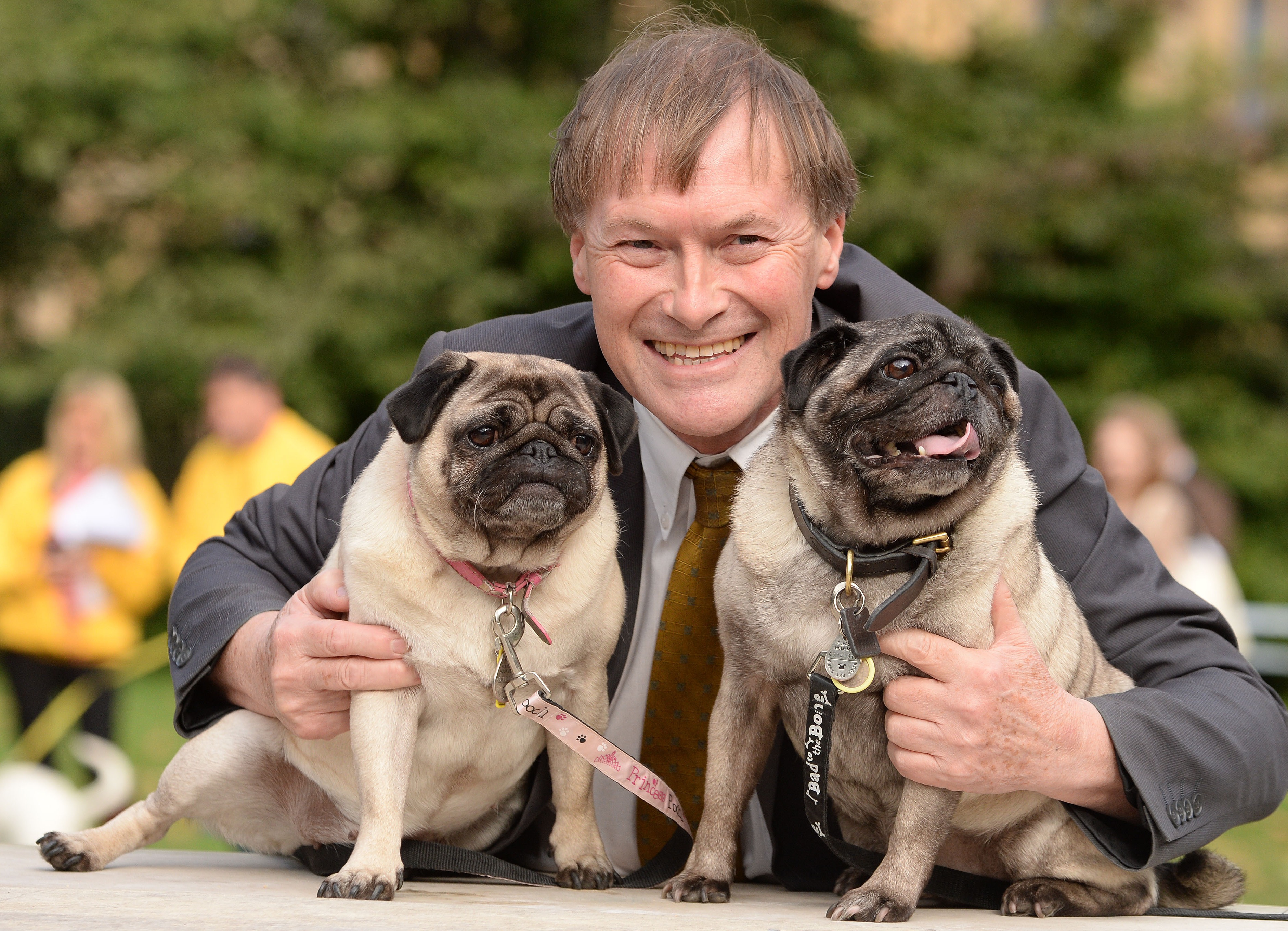