Tropical storm Flossie is powering through the Pacific Ocean on a collision course with Hawaii. The storm is one of two systems approaching the offshore US state, and both are quickly gathering steam. Storm Erick is now at hurricane strength, spinning with winds upwards of 75mph. Both Erick and Flossie are expected to become major hurricanes over the next few days.

According to them, the storm is moving towards the west into the Central Pacific and will become a major hurricane in the next two days. 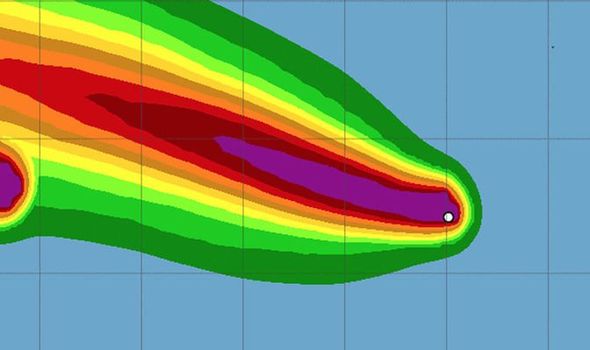 “The tropical storm is forecast to turn toward the west-northwest later today, and then continue moving west-northwestward at 15 to 20 mph through the end of the week.

“Maximum sustained winds are near 70 mph (110 km/h) with higher gusts.

“Flossie is expected to become a hurricane later today and could be near major hurricane strength by Thursday.

“Tropical-storm-force winds extend outward up to 80 miles (130 km) from the centre.” 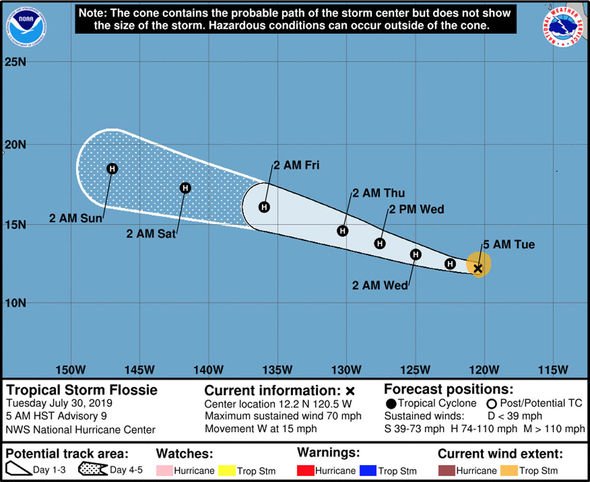 Both Flossie and Erick are on a path towards Hawaii’s southern islands.

Big Island is most at risk from stormy conditions, but neither system is expected to pass right over the islands.

Instead, they will “glance” the state’s southern tip. 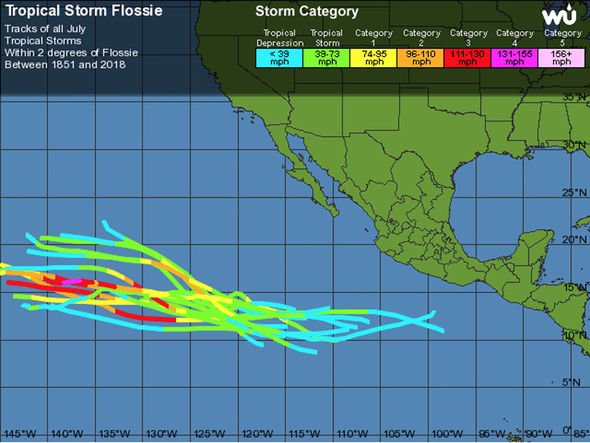 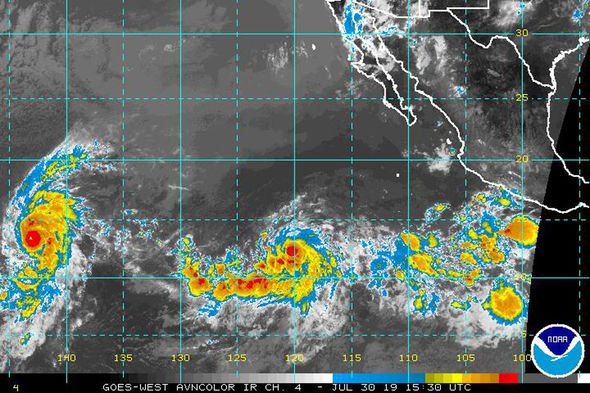 Meteorologists believe Flossie will strengthen as it moves towards, the west, but weaken once again as it nears Hawaii.

The state will feel the effects of the storm as it stirs in the seas off the coast.

Experts with weather forecasters AccuWeather believe the 2019 Pacific hurricane season will be “above average” in terms of activity.