Donald Trump is planning his own streaming network to peel off Fox viewers, will promote it at rallies and use his list of supporters’ emails and phone numbers to push subscriptions

President Donald Trump is plotting to start his own conservative news channel to take on Fox News in an act of vengeance against the network.

‘He plans to wreck Fox. No doubt about it,’ said a source with knowledge of Trump’s plans told Axios.

Trump was enraged when Fox called Arizona for Democratic rival Joe Biden on election night – the first outlet to call that state, which voted Republican for years. The Associated Press followed soon after but other news channels held off.

Despite pressure from Trump administration officials, Fox stood by its call. 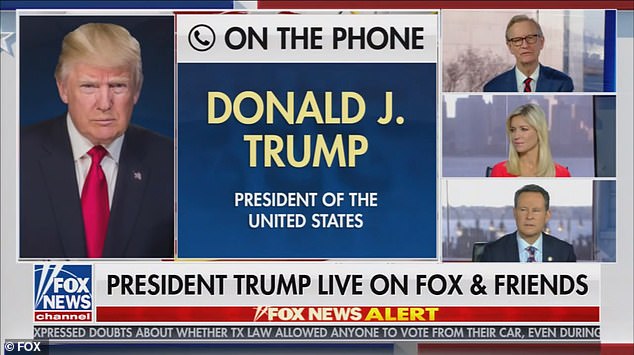 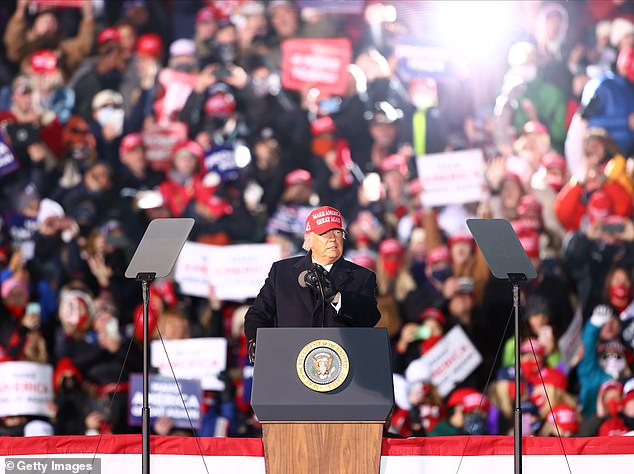 There has been speculation for years Trump wants to start his own cable news channel but start up costs are expensive and he’d have to get such a channel placed on cable systems – a lengthy and costly process.

Instead he’s considering going with a digital news channel, Axios reported, which would charge a monthly fee to his MAGA supporters.

The president could use his database of email and cellphone contacts – culled from those who signed up for his campaign rallies and for text messages from the campaign  – to help him get subscribers.

Trump has been visibly frustrated with Fox News.

After the first presidential debate, in which he repeatedly interrupted Biden in violation of the debate rules, he criticized host Chris Wallace, one of the most respected news anchors on Fox, for calling out his behavior, falsely claiming Wallace was on Biden’s side.

Before Election Day, he complained about Fox News’ polls, which showed Biden winning, and on November 3 he called into ‘Fox & Friends’ to publicly complain to the hosts about their network.

He added: ‘In the old days, they wouldn’t put sleepy Joe Biden on every time he opened his mouth. . . . It’s a much different operation — I’m just telling you.’

And, facing expulsion from the White House, Trump has vowed revenge on the network, The Washington Post reported, citing administration sources.

His ire at the network comes even as he remains close to some of its opinion hosts – including Sean Hannity, Laura Ingraham and Jeanine Pirro. Ingraham even appeared at some of the president’s rallies in the closing days of his campaign.

But any hope of reconciliation seemed to have disappeared at 11:20 p.m. on election night, when Fox News called Arizona for Biden.

Trump erupted in anger, telling others in the White House to ‘get that result changed,’ a senior administration official told The Post.

White House Chief of Staff Mark Meadows phoned Fox News’s decision desk while senior adviser Hope Hicks, who had returned to the White House after a spell working at Fox Corp., got in contact with Raj Shah, a former Trump White House staffer whom she hired at Fox, about getting the call reversed.

But the network stood firm. And Fox decision-desk chief Arnon Mishkin went on air to explain his call and stand by it.

The real danger was that Fox could have become the first news outlet to call the presidential race for Biden. With Arizona’s 11 electoral votes in his column, Biden just needed Nevada’s six electoral votes – a state where he was in a comfortable lead – to take the White House.

But no news organization called Nevada first. Instead Pennsylvania’s 20 electoral votes were awarded to Biden, giving him the presidency without the Democrat needing Arizona. 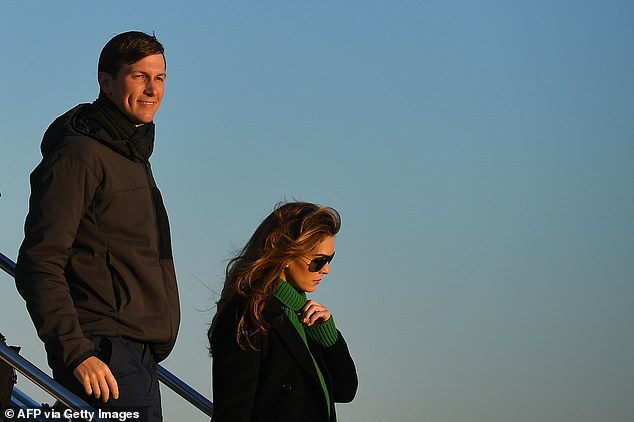 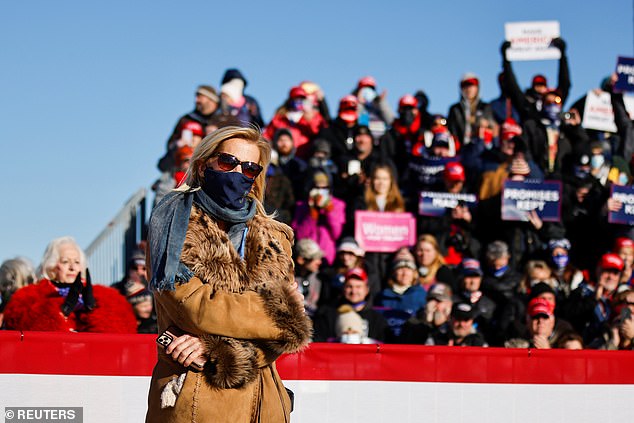 Fox News has pulled back from covering the Trump presidency as the president refuses to concede the election.

The network stopped airing Trump’s statement last Thursday on the contest, where the president leveled allegations of voter fraud he could not prove.

‘Whoa, whoa, whoa,’ anchor Neil Cavuto said. ‘We have to be very clear: She’s charging the other side as welcoming fraud. . . . Unless she has more details to back that up, I can’t in good countenance continue to show you this.’