Turkey has been poised to advance into northeast Syria since U.S. troops began vacating the area in an abrupt policy shift by U.S. President Donald Trump widely criticised in Washington as a betrayal of America’s Kurdish militia allies.

On Tuesday, Turkish officials told Reuters that the military had struck the Syrian-Iraqi border to prevent Kurdish forces using the route to reinforce the region, though details of the strikes were hazy.

Ankara has said it intends to create a “safe zone” in order to return millions of refugees to Syrian soil, but the scheme has alarmed some Western allies as much as the risks posed by the military operation itself.

But Syria said it was determined to confront any Turkish aggression by all legitimate means, adding it was ready to embrace “prodigal sons”, in an apparent reference to Syrian Kurdish authorities who hold the northeast.

For Turkey, which views Kurdish YPG fighters in northeast Syria as terrorists because of their ties to militants waging an insurgency inside Turkey, an influx of non-Kurdish Syrians would help it secure a buffer against its main security threat.

The Kurdish-led authority in northern Syria declared a state of “general mobilization” in light of the looming attack.

“We call on all our institutions, and our people in all their components, to head towards the border region with Turkey to fulfil their moral duty and show resistance in these sensitive, historic moments,” it said in a statement.

President Tayyip Erdogan’s communications director said Turkey had no ambition in northeastern Syria except to neutralize then threat against Turkish citizens and to liberate the local people from what he called “the yoke of armed thugs”.

“The Turkish military, together with the Free Syrian Army, will cross the Turkish-Syrian border shortly,” Fahrettin Altun

Altun said Turkey was taking over leadership of the fight against Islamic State in Syria. YPG fighters could either defect or Ankara would have to “stop them from disrupting our counter-Islamic State efforts”, he wrote.

In a Tweet on Wednesday, Trump said: “Turkey MUST take over captured ISIS fighters that Europe refused to have returned”, referring to large numbers of foreign Islamic State fighters currently held by Kurdish-led forces.

They will be based in the Turkish border town of Ceylanpinar, it said, across the border from the Syrian town of Ras al-Ain, with 14,000 of them gradually joining the offensive.

The Hamza Brigade rebels from the National Army, the main rebel grouping that Turkey supports in northwest Syria, moved in a bus convoy along with trucks carrying ammunition, DHA said.

“The National Army forces are still preparing for the start of operations east of the Euphrates (river) and they have started moving to the frontlines,” National Army spokesman Youssef Hammoud said.

A convoy of buses carrying Syrian rebel fighters and trucks loaded with equipment arrived at the Turkish border town of Akcakale early on Wednesday, a Reuters witness said.

At Akcakale, across from Syria’s Tel Abyad, howitzers were deployed behind earth embankments and pointed towards Syria, a Reuters witness said on Tuesday. Multiple launch rocket systems were stationed at Suruc, some 60 km (40 miles) to the west, opposite the Syrian border town of Kobani, he said.

Three vehicles carrying Syrian rebels drove on Turkey’s side of the border area in Akcakale, a Reuters witness aid. A man in one vehicle waved a rebel flag. Others made victory signs.

“We will do our best to support the start of such substantive talks,” Foreign Minister Sergei Lavrov told reporters during a visit to Kazakhstan.

Kurdish-led forces said on Tuesday they might start talks with the Syrian government and Russia to fill a security vacuum in the event of a full U.S. troop withdrawal.

Another Assad ally, Iran, urged Turkey to show restraint and avoid military action in northern Syria, although it said Turkey was “rightfully worried” about its southern border.

The prospect of a military offensive has unsettled Turkish financial markets, with the lira this week hitting its weakest level since late August. The currency firmed slightly to 5.8220 against the dollar on Wednesday morning.

On Monday, Erdogan said U.S. troops started to pull back after a call he had with Trump, adding talks between Turkish and U.S. officials on the matter would go on.

Trump’s decision to pull back troops has rattled allies, including France and Britain, two of Washington’s main partners in the U.S.-led coalition fighting Islamic State.

French President Emmanuel Macron met Jihane Ahmed, the spokeswoman for the Kurdish-led Syrian Democratic Forces (SDF), to express France’s solidarity with them in their fight against Islamic State in the region. 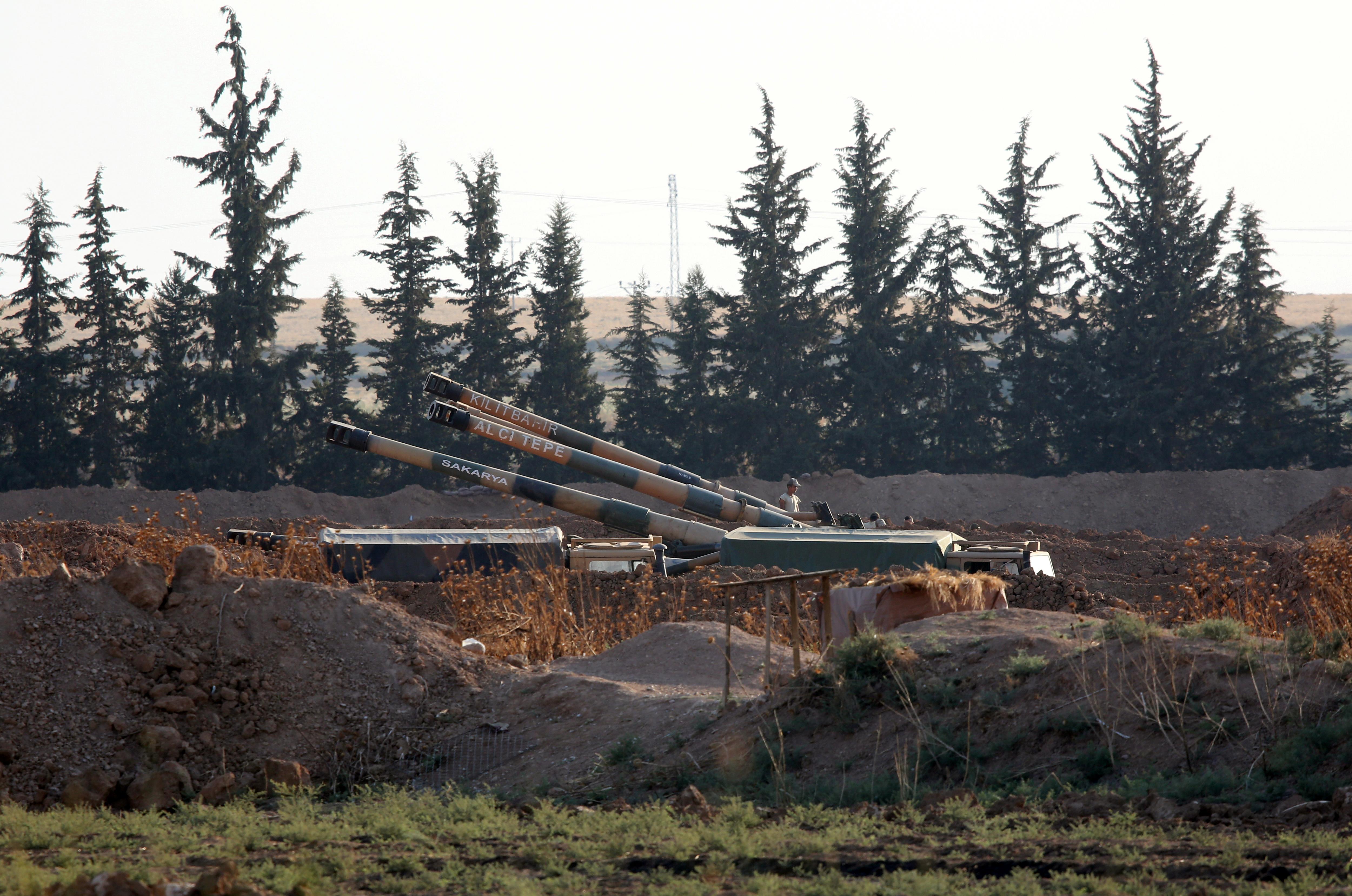 Kurdish-led forces denounced the U.S. policy shift as a “stab in the back”. Trump denied he had abandoned the forces, the most capable U.S. partners in fighting Islamic State in Syria.