Appeal court also reduced the sentences of five others who were involved in attack that was recorded on video. 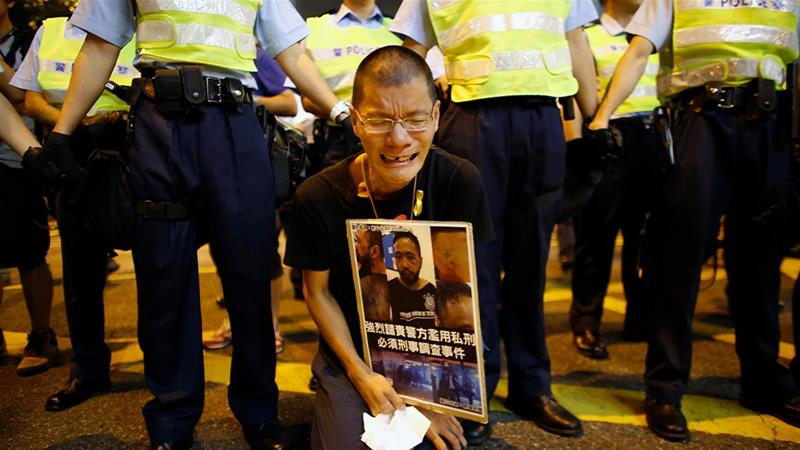 The appeal court in Hong Kong on Friday overturned the conviction of two police officers – and reduced the sentence of five others – over the 2014 beating of a pro-democracy protester that was caught on video.

The ruling comes at a time of intense public anger towards the city’s police force over its response to protests against a controversial extradition bill that have seen tear gas and rubber bullets used against demonstrators in recent weeks.

The case before the Court of Appeal centred on the beating of protester Ken Tsang during the 2014 Umbrella Movement, a pro-democracy protest that occupied parts of the city for more than two months but failed to win any concessions from Beijing.

A group of officers were filmed by journalists beating Tsang after he had been dragged to a corner of a park away from where he was arrested.

Seven officers were initially convicted of the beating and sentenced to two years in jail. They spent a few months behind bars but were then released on bail pending their appeal.

On Friday, judges handed down a new verdict.

The judges also reduced the other five officers’ sentences. Two received 18 months, one received 16 months and two others saw a reduction to 15 months.

In their judgement the three judges said Tsang was “kicked, stamped on and beat(en) for a sustained period while he was lying defenceless on the ground with his hands tied behind his back, causing obvious and serious injuries to his face, neck, shoulder, chest and back.”

The beating, they added, “will have shaken everyone’s faith not only in the Hong Kong police force but in the rule of law itself.”

But they ruled the initial trial judge’s sentence of two years for the officers was “manifestly excessive”.

Thousands of police officers, as well as pro-Beijing legislators, gathered to protest against the initial 2017 conviction, a move that did little to endear the force to the city’s democracy supporters or alleviate accusations of politicisation. 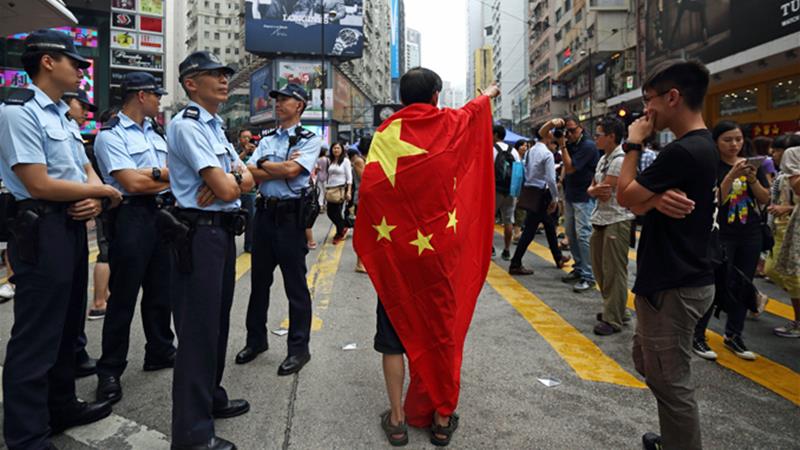