Typhoon Lekima has rapidly intensified and could become a super typhoon later this week. The extreme weather system is threatening Japan’s southern Ryukyu Islands, Taiwan and eastern China. Lekima organised into a tropical storm on Sunday, became a tropical depression in the Philippine Sea on Saturday and intensified to a typhoon on Wednesday morning, local time.

According To Japan Meteorological Agency Typhoon Lekima is moving north-northwest at a speed of 12.4mph (20km/h).

Maximum sustained winds are at 156mph (70m/s) and the intensity is set at “violent”. 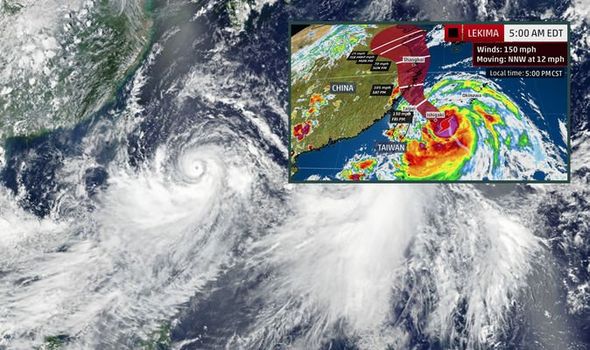 Lekima could become even stronger as the week progresses, and turn into a massive super typhoon.

The typhoon is expected to near the Ryukyu Islands on Thursday with destructive winds, storm surge and flooding rain.

Lekima is forecast to be a Category 4-equivalent hurricane on the Saffir Simpson Hurricane Scale when it passes near Ishigaki on Thursday night into early Friday local time. 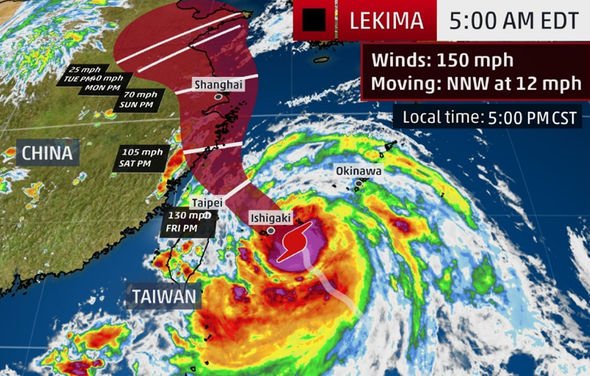 Ishigaki is located in the Japanese Okinawa Prefecture has roughly 50,000 residents.

Storm advisories have been issued for the rest of Okinawa prefecture and for the Amami Islands.

By Thursday, bands of rain will become more frequent in Taiwan and Japan’s southern Islands.

The powerful typhoon will move near or just north of Taiwan late on Friday and early Saturday. 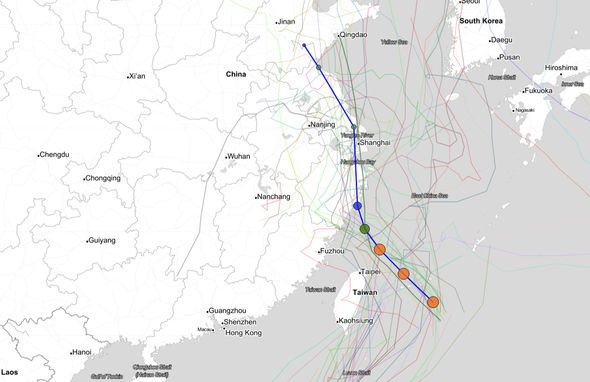 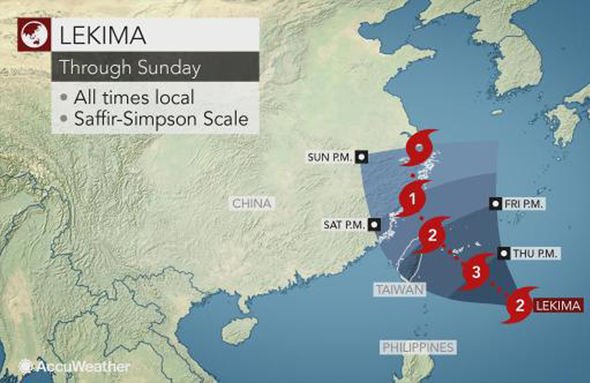 More than a foot of rain is currently forecast through Saturday in the higher elevations of Taiwan and could trigger excessive rainfall and flooding, as well as landslides.

During the weekend Lekima is forecast to weaken as it heads towards the eastern coast of China.

Heavy rain could trigger flooding in eastern China, where the massive city of Shanghai is located.

Lekima may eventually turn northeastward and bring impacts to South Korea or Japan next week.