Met Office forecasters announced that UK temperatures passed 40C for the first time this afternoon. The second day of record heat has yielded 40.2C highs in Heathrow, recorded at 12.50pm. The mercury may rise further over the next few hours before forecasters anticipate a dramatic end to the extreme heat.

When will the heatwave end?

While Britons usually hail the UK’s relatively few hot days, the last two have made enjoying the sun potentially dangerous.

The Met Office has issued three heat warnings, two amber and one red, warning that people could become overwhelmed by the weather, especially if they are in poor health.

Luckily, they will only need to bear the heat for a few hours before it breaks. 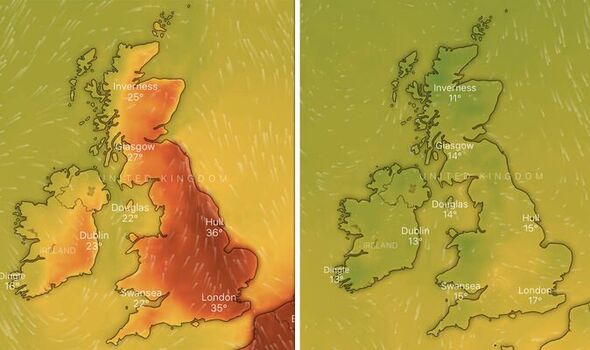 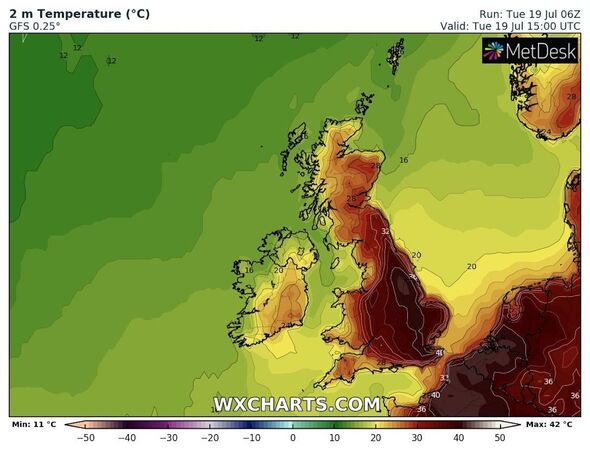 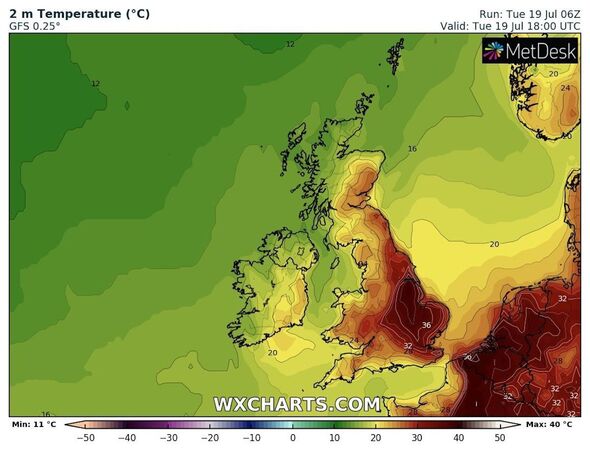 According to the latest maps from WXCharts, temperatures peaked in the early afternoon, around 12pm.

They will remain at that level for the next hour before receding from the west first.

By 6pm, the west coast should see temperatures drop from around 35C to 20C and below, with locations further inland reaching 25C and 26C.

Over the next few hours, by 9pm, the worst of the heatwave will have passed for most of the country. 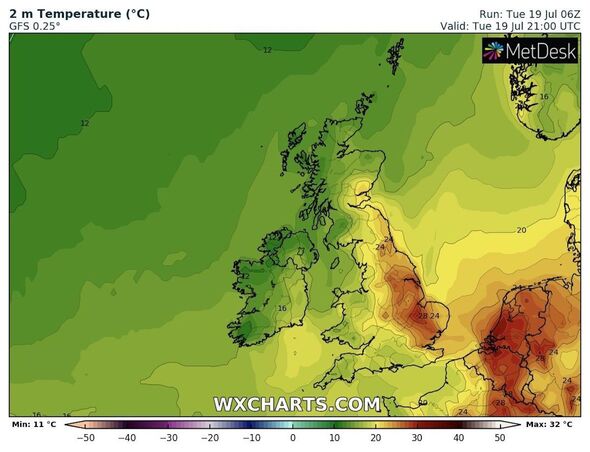 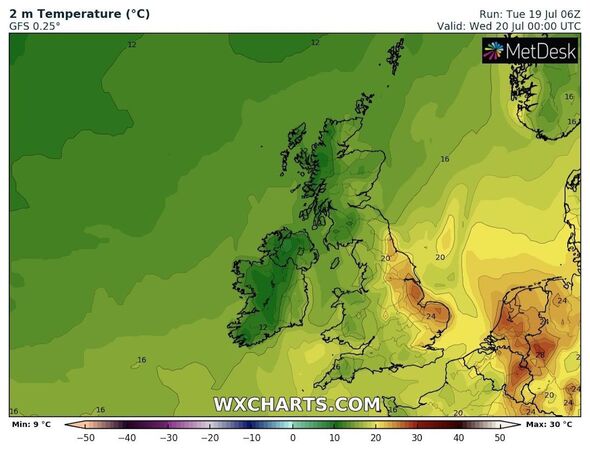 Temperatures at night should drop to around 15C, with the hottest areas around London and the east coast plummeting to 25C and below.

Wednesday morning will make the highs of Tuesday seem like a distant memory, as the highest temperatures hold at roughly 22C.

The afternoon will get hot but not as unbearable as Tuesday, with temperatures reaching 30C max around the midlands, east and southeast.

By Thursday, WXCharts maps show temperatures reaching 24C at their highest and 16C at their lowest. 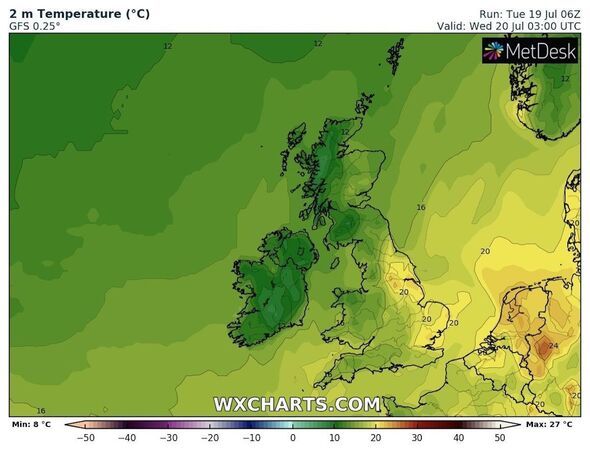 They have predicted thunderstorms from Saturday, July 23, which will move south over the morning and clear “eastward”.

While sunny weather will likely continue, the storms precede growing pressure over the southern UK that could trigger “unsettled” weather.

The pressure should welcome August with a bang, the Met Office said.

From August 2 to 16, the agency said people should expect more thunderstorms and variable weather.

The forecast states: “A widespread shift to generally more unsettled conditions is expected at the start of August, though still with some decent dry spells.

“There remains a risk of some thunderstorms, especially in the southern half of the country where above normal temperatures are likely through the period.

“Elsewhere, temperatures may range from near normal to rather warm.”