Vast swathes of the country, especially in the north and west, are set to be drenched although temperatures will remain relatively high.

August has remained a warm month, although it has not matched the record-breaking heat of July.

The record for the hottest UK temperature ever was recorded on July 19 in Coningsby, Lincolnshire, when the mercury hit 40.3C.

The southeast is expected to remain hot for the rest of the week.

The Met Office forecast for Wednesday and Wednesday night reads: “A band of rain will move slowly southeastwards across Wales, northern and western England.

“Hot and humid in the southeast with sunny spells. 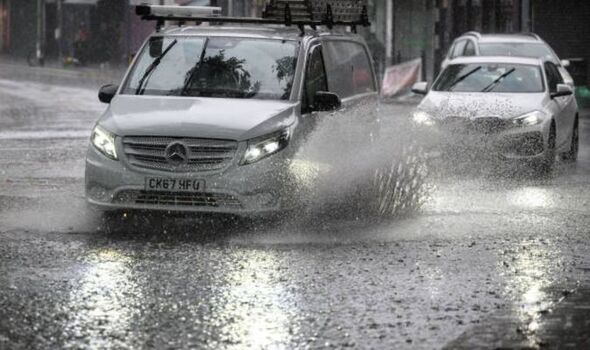 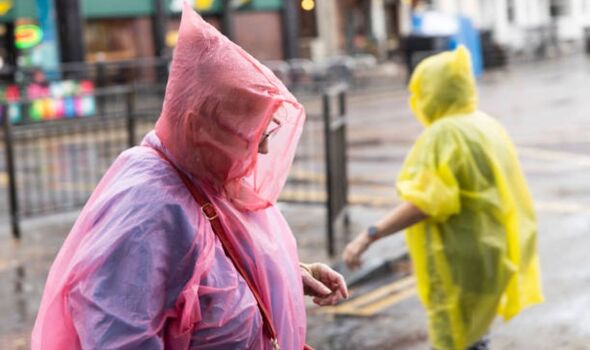 “Turning brighter and fresher in the northwest with a few showers.

“Tonight rain edging slowly eastwards across England and dying out, but heavy, thundery rain will develop in the southeast later.

“Clear spells in the northwest with a few showers.” 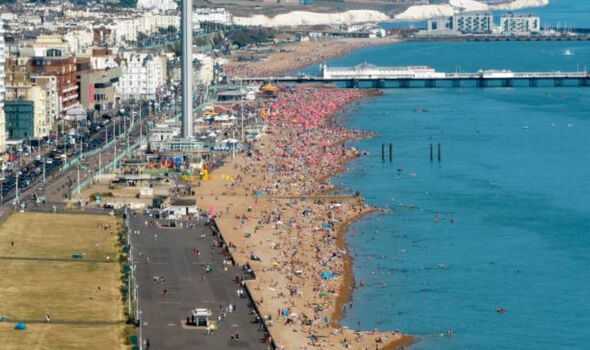 Later on in the week the pattern of sunshine and showers is set to continue, with the driest weather over the bank holiday weekend in the central and southern regions.

The forecast reads: “Thursday heavy, thundery rain in the southeast slowly dying out.

“Most parts dry with warm sunny spells. A few showers in the far northwest, with more persistent rain arriving later. 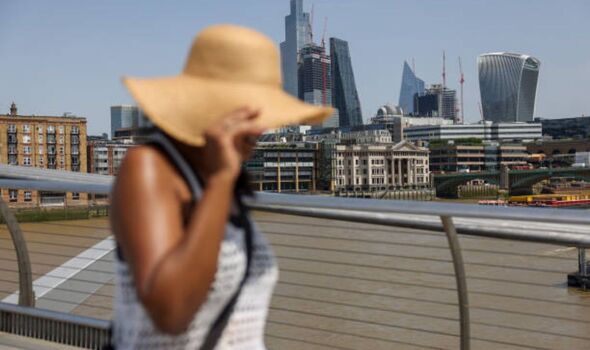 “Friday dry and sunny for many, although showers in the west.

“Mostly dry, bright weather for central and southern areas through the weekend, but rain in north at times.”

Figures released from the Office for National Statistics revealed that the average number of deaths per day in July was higher on the heatwave days.

Deaths from COVID-19 were also higher on those days.