Storm Aiden and the remnants of hurricane Zeta brought a very wet and gusty end to October. On Tuesday wet weather will continue with an “icy tinge” according to weather forecasters. Tuesday will also see risks of frost and fog as the UK heads into November.

Forecasters predicted snow overnight and for Tuesday in Scotland and Wales.

Met Office Meteorologist, Aidan McGivern, said: “It’s cold enough for some snow to fall over the mountains of Scotland.

“And another little features just scurries across southern parts of Wales into the southwest by the end of the night bringing some heavy rain and also some snow over the Welsh mountains.”

Jo Farrow, Netweather forecaster, said: “The band of rain and mountain snow over central Scotland becomes more showers in the morning but still with an icy tinge.

“The Cumbrian Fells even the tops of the Welsh mountains may see wintry bits as Tuesday starts on a cold feeling morning. 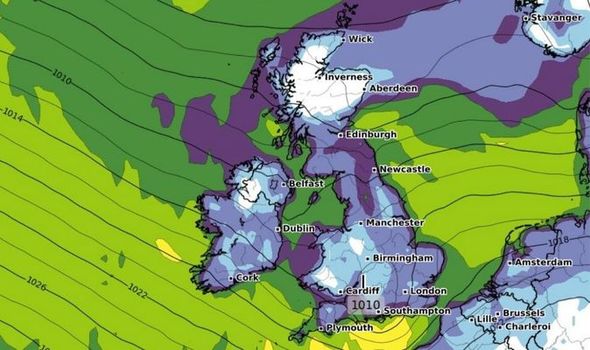 “The winds veer to the west and then northwest through the day adding to the chilly feeling.”

By the afternoon, the wetter weather will begin to ease off slightly but persist in the Highlands.

Ms Farrow said: “Scattered showers continue to move in from the west but for many, there will be a lot of fine, bright even sunny weather about.

“Showers persist over the north west Highlands, a few reaching down the Irish Sea to coastal Wales but elsewhere it becomes drier, calmer and cold. 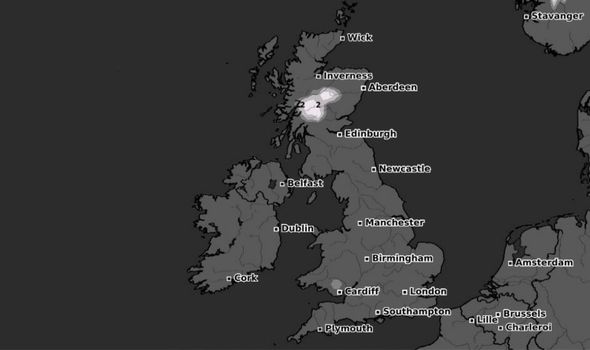 “This brings the risk of frost and fog for early November.”

Although some rain may clear, cold temperature will not according to forecasts.

Mr McGivern said Tuesday morning will be much colder “compared to Monday’s remarkably mild temperatures across southern parts of the UK”.

He added: “But it will be cold gray and wet for the Midlands, central southern England and then later in the morning East Anglia in the southeast.” 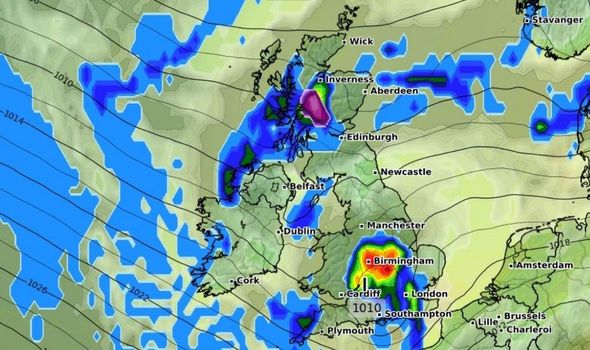 In the afternoon snow will again feature in the Scottish mountains, according to Mr McGivern.

He said: “It’s going to feel quite chilly I think 8 to 11 Celsius in a brisk breeze which is easing through the day and that breeze will continue to ease on Tuesday night.”

Overnight, rain is set to be confined to northern and western coasts with clearer spells inland.

Fog is expected in central and southern parts of England and even some frost. 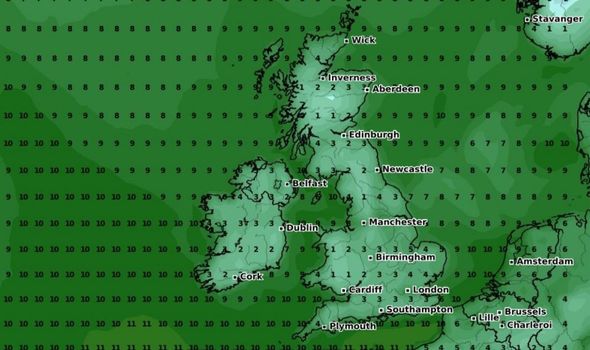 Temperatures on Tuesday night will plummet close to freezing and below in some spots.

Wednesday will start chilly again but is set to be clearer for most parts than Tuesday.

In the north of Scotland there will be some showers and also in western coasts.

On Wednesday temperatures will be between 10-11 Celsius for most of the UK.