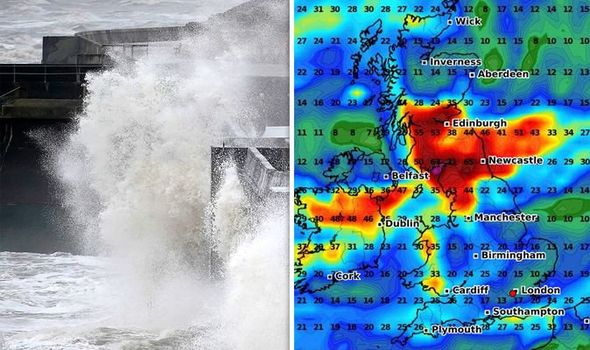 Saturday will see winds of 40-50mph inland with 60mph gusts expected by the coast. A yellow weather warning has been put in place for strong wind. Met Office chief Meteorologist Steve Ramsdale said: “People are used to that level of wind in the winter.

“Believe it or not this is supposed to be peak summer.

“Caravan and tents are susceptible to those stronger winds.

“There’s a lot of outdoor events as well with temporary structures which are not necessarily able to withstand this level of wind.” 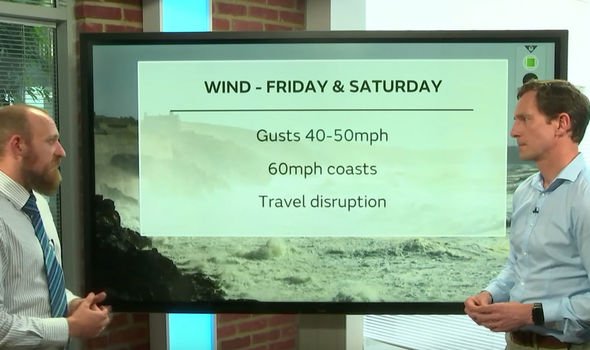 There will be showers across England and Wales which will move quite quickly with thunderstorms across parts of Scotland and Northern Ireland.

However, winds will be a lot lighter across Scotland and Northern Ireland which means they will remain slow moving but dropping a lot of rain.

“It means that some areas will see very little rainfall. 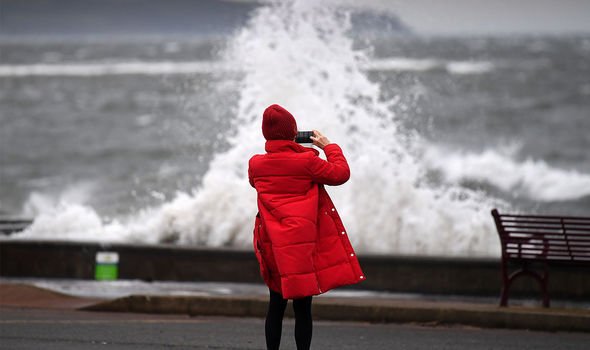 “You could get away with a dry day if you’re lucky.

“But where they do fall, we will see a large amount of rain fall in a short period of time.

“That could lead to some localised flooding and also difficult driving conditions.

“It’s important people are aware that the potential for some heavy rain in a short period of time is possible.”