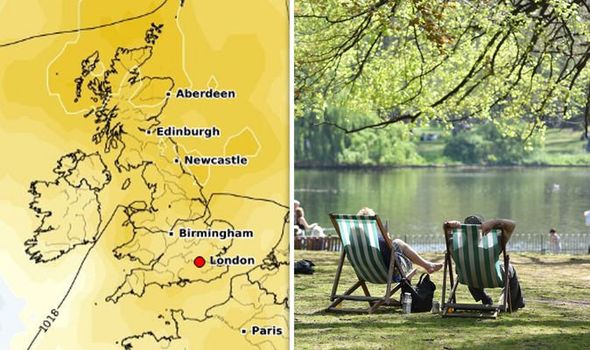 Despite the UK now entering the initial stages of the summer, for many across the country, it has proven to be a cold and rainy start to June. However, the Met Office has reported that for some areas, the sun will return for a brief burst before heavy showers arrive at the weekend. This morning it will be a “chilly start” in some places although it should warm up relatively quickly following that brief cold spell.

Although Met Office meteorologist, Aidan McGivern did warn that rain will develop widely across most of the country there will be plenty of sunshine across the south coast.

Mr McGivern added: “The best of any sunshine will be southern Scotland and the south coast of England.

“It will feel pleasant enough in the sunshine with only light winds.”

Although for southern Scotland and the south coast of England there will be sunshine, Mr McGivern did add that it will be a day of “dodging showers” across central England and Wales. 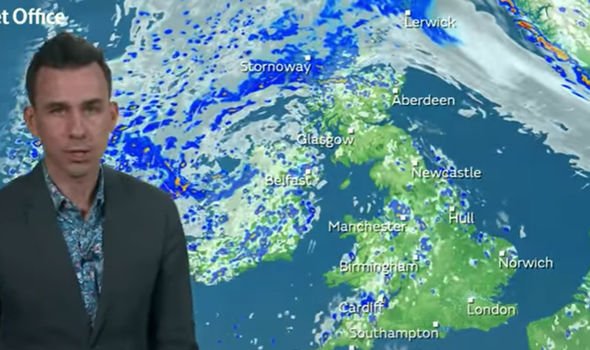 For most of the south-east and south coast temperatures will hover around 20C while further north and going into Scotland, it will be a much cooler affair with levels hitting the low teens.

In the afternoon Mr McGivern did add: “Showers elsewhere die away and the rain eases away from the north of Scotland.

“Going into the evening it will be clear and pleasant for many.”

Following a brief period of sunshine, however, Mr McGivern concluded that Friday will be much cooler and wetter across the UK. 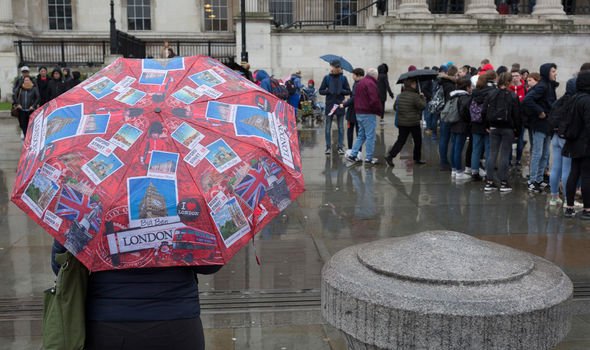 Kicking off Friday Mr McGivern warned of a heavy weather front approaching from the south in the early parts of Friday morning.

Mr McGivern added: “We’ll get unseasonable low pressure for June which is nothing out of the ordinary if it was autumn of course but not great for the start of this month.

“There will be heavy downpours in the south-west for the morning commute.”

Unfortunately, Mr McGivern concluded that the weather will sweep up northwards in the UK and will remain as we head into Saturday.