Yellow weather warnings have been issued for rain on Monday, Tuesday and Thursday after floods washed through homes and businesses last week. The new warnings come after parts of Derbyshire and South Yorkshire experienced a month’s worth of rain fall in one day last week. The floods have already claimed the life of Annie Hall, the former high sheriff of Derbyshire, who drowned when she was swept away by the River Derwent in Darley Dale.

The new weather front heading for the UK from the Atlantic is expected to reach Northern Ireland, before hitting Wales and northwest England overnight on Sunday.

The rain will continue to spread eastwards across the country through Monday, with some areas likely to experience up to 60mm of rain fall.

Seven severe “danger to life” warnings remain in place along the River Don in South Yorkshire, according to the Environment Agency.

There are also 40 active flood warnings and 93 flood alerts. 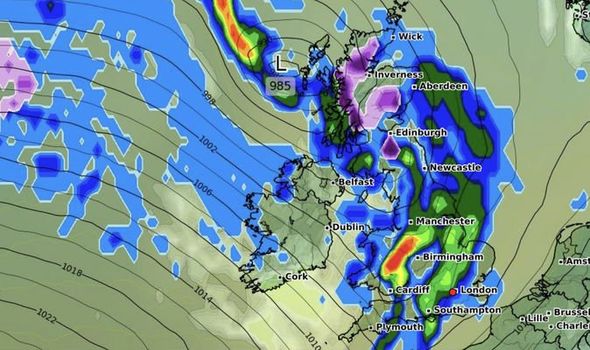 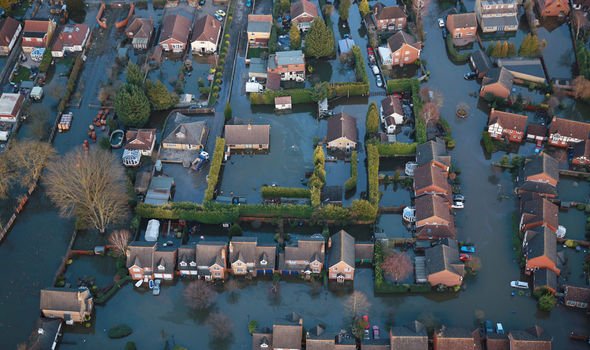 Meteorologist Sophie Yeomans said: ”It is going to be an unsettled week in terms of rain.”

She added that snow could fall in parts of Scotland on Sunday night and Wales could get a dusting later in the week.

The coldest night this autumn was recorded in the Scottish Highlands on Saturday night, where the temperature dropped to -7.1C (19.2F).

Residents living along the River Don are continuing to struggle with the aftermath of the floods. 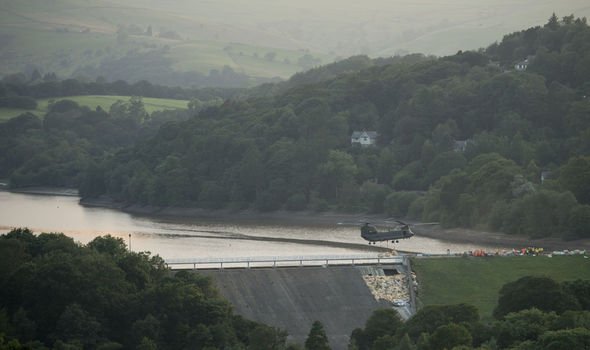 Both the RAF and the army were sent to the area over the weekend to help in relief work.

At the same time soldiers from 170 Engineer Group headed to Bentley, south of Fishlake, to help out.

Around half of the 700 residents of Fishlake, north of Doncaster, have left the village which is under about 3ft (91cm) of water. 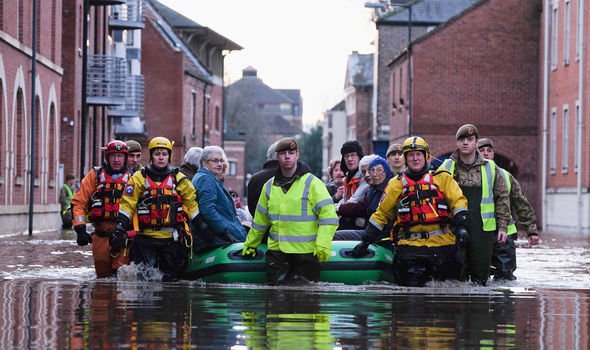 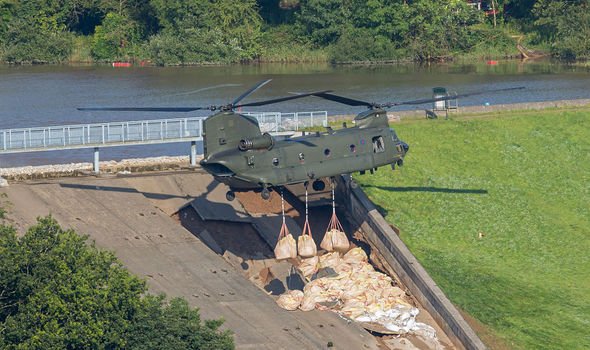 Doncaster Council has said it will not provide “ground support” for those residents remaining because the advice for them is to evacuate.

Council chief executive Damian Allen told reporters: “We are concerned over reports that some residents remain in the Fishlake area.

“South Yorkshire Fire and Rescue crews are on hand to evacuate any Fishlake residents who may be stuck in their homes, and we would urge everybody to take advantage of this.

“The council are unable to offer on-the-ground support to residents who are in severe flood warning areas, based on advice from the Environment Agency.”

In Worksop, about 20 miles south of Fishlake, a woman has described how she and her family were left homeless after the floods destroyed their house.

Robyn Conley, 18, lives with her mother and disabled siblings. 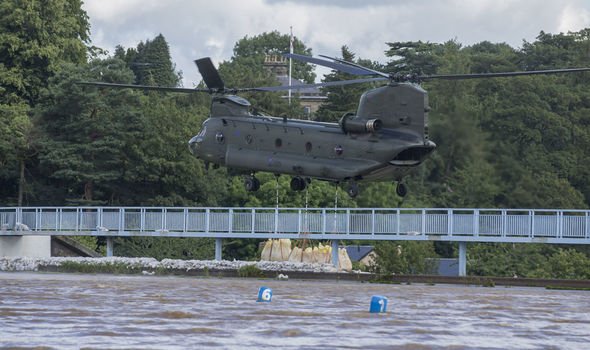 “The damp could affect my sister massively,” she said.

“We thought she was going to have a seizure (on Friday night).

“She kind of knows when she’s going to have one… she knows the signs.”

She added: “We had to get on the boat and go to the chemist. They told us that they had no medication for my sister, which was scary for us.”

Related posts:
Celebrities
Tennis great Maria Sharapova announced her retirement from the sport on Feb. 26, 2020, officially putting an end to her illustrious...
Lifestyle
The simple dessert anyone can make: Home cook shares her VERY easy recipe for a three-ingredient Nutella cake A home...
TV & Movies
The science fiction drama on Netflix is one of the most talked about series of the moment. Unfortunately, debate and...
World News
BBC meteorologist Matt Taylor warned viewers that through tomorrow and into Saturday, in those hills around Wales and western parts...
Beauty
I love using a toner after washing my face — it keeps my skin even and blemish-free. The one problem...
Fashion
E! Illustration We love these products, and we hope you do too. E! has affiliate relationships, so we may get...
Recent Posts
We and our partners use cookies on this site to improve our service, perform analytics, personalize advertising, measure advertising performance, and remember website preferences.Ok