While Britons have basked in early summer sunshine, weather forecasters are expecting the heat to intensify next week. According to The Weather Outlook, the heat is expected to surge from June 9 and it may not be long before thermometers hit 30C. Commenting on the weather, Brian Gaze at the Weather Outlook claimed the South of England will see the best of the temperatures.

He said: “Looking very warm through the second half of next week.

“Need to keep an eye to the south as high pressure builds northwards.

“Anyone thinking 30C won’t be hit this summer in the UK must be on tenterhooks.”

Commenting on the latest weather maps showing heat building towards the nation next week, Mr Gaze added: “UK Met Op run at 144, 156 and 168 shows the Azores high building and the air mass over the UK warming up nicely!” 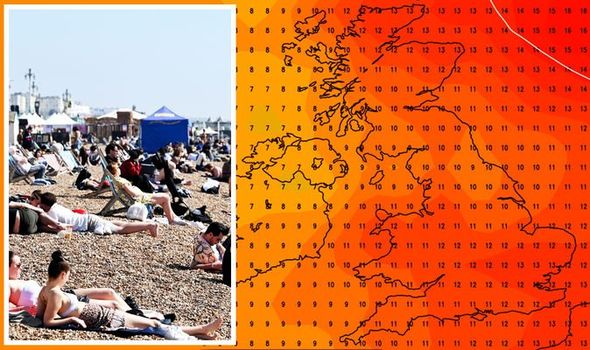 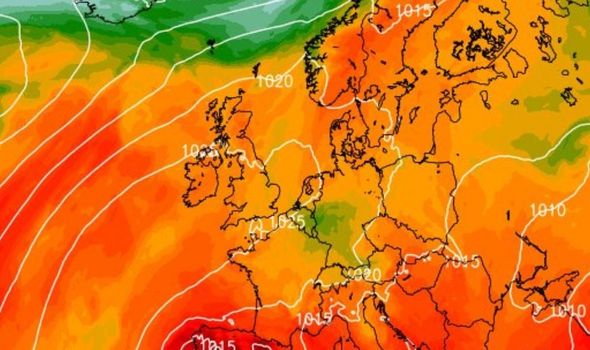 With the hot air gripping much of the nation, the forecaster warned hot temperatures will remain across the country heading into next weekend.

In support of the prediction, other forecasters have revealed expect highs of 29C next weekend due to the band of high pressure hitting the country.

According to WX Charts, temperatures will drop to 20C for many areas across the country following a warm weekend.

These temperatures will intensify in the second half of the week with London seeing the highest levels. 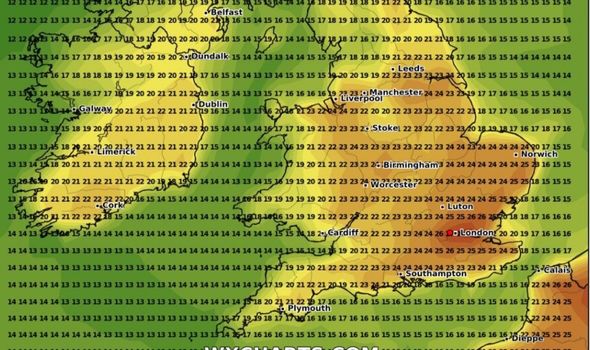 On June 10, a max temperature of 25C is expected due to the hot air plume from the Azores.

For many in the South East and parts of the Midlands, the mercury will rise to 22C.

On Friday, however, the mercury will rise to 24C in London and the East of England, the charts claim.

For the Midlands, parts of the North of England and South-West, Britons can expect the mercury to hover around 20C. 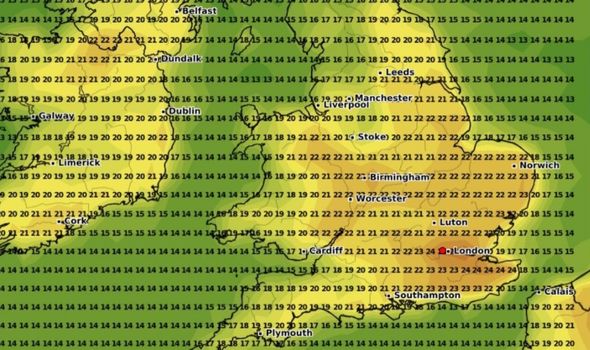 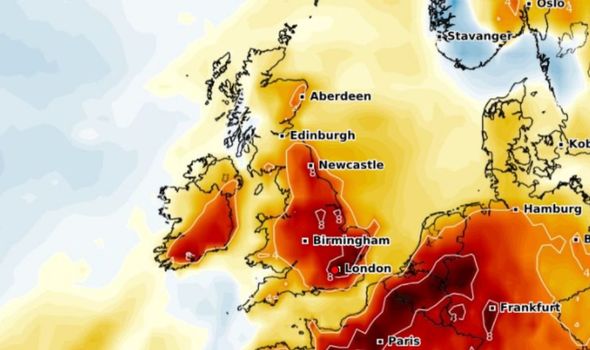 Saturday 12, however, will be the hottest day, the maps suggest, as large parts of England will see temperatures of 26-27C.

Such is the searing heat across the UK, temperature anomaly charts are showing the mercury rising to 10C to what is normally expected at this time of year.

These high temperatures will remain on Sunday although the best of the weather will be confined to the South East of England.

In the South East, Britons will see temperatures of 23-24C while the rest of the country will experience an average of 18C. 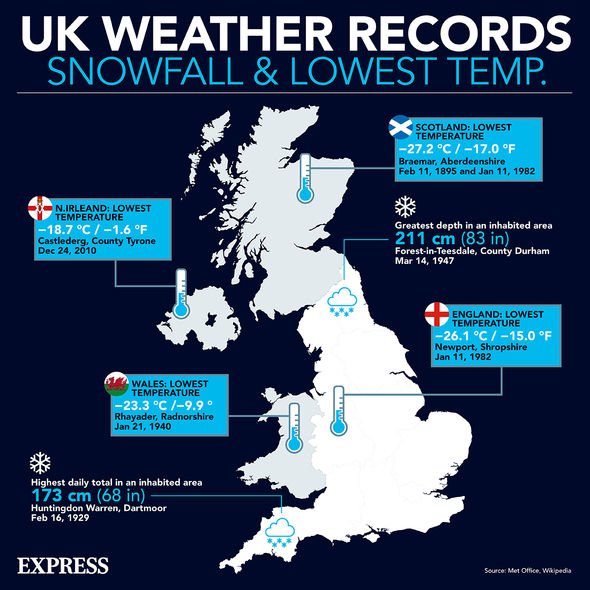 Looking ahead to this weekend, however, Britons can expect to see high temperatures, although the mercury will not rise as high as next week.

Commenting on this evening, BBC Weather said: “Sunshine for many this evening, although it will turn cloudier across Northern Ireland with showers.

“Overnight, most areas will be dry with clear spells, but rain will move across the southeast of England.”

A band of wet weather is expected to arrive in the west of England before moving to northern parts of Wales. 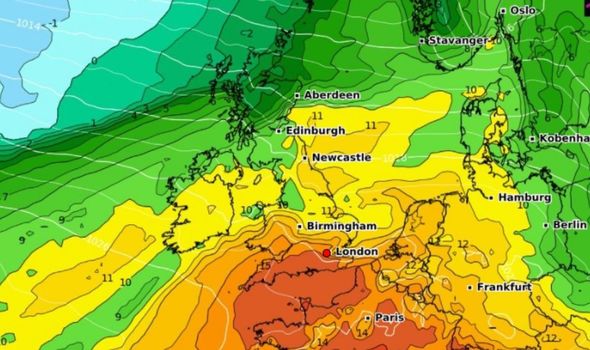 BBC Weather added: “Saturday is expected to be a mostly dry and calm day with plenty of sunny spells, although Northern Ireland and western parts of Scotland will see some sharp showers at times.

“Sunday looks sunny for most areas in the morning, but showers are likely to develop across many areas in the afternoon.

“Monday is expected to have a mixture of sunny spells and scattered showers.”