THE Met Office has warned Britain is set to be battered by gale-force winds and heavy rain today as Storm Miguel moves in from Spain.

But forecasters say the showers will gradually die out by the evening and Brits could enjoy some sunny spells on Sunday. 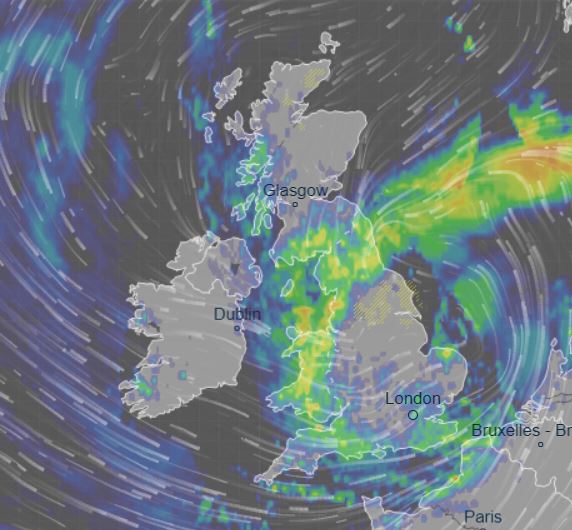 Scotland and north-east England will see the heaviest outbreaks of rain during the day.

The Met Office warned a band of rain affecting some central and northern parts will edge eastwards and turn more showery.

Some heavy downpours are also possible in eastern England.

Gales-force winds are expected to reach highs of 35mph in eastern counties this morning as the tail-end of Storm Miguel whips the UK.

But southern parts of England and Wales and perhaps Northern Ireland will become brighter in the afternoon with just a few light showers.

“Storm Miguel will continue to track across the UK through Friday into Saturday and that’s where you’ll see the gusts in eastern England.

“Saturday will be wet and windy for most places.”

She added: “There is a risk of lighting, thunder and some torrential downpours.”

Northern parts in Scotland and England will see the rain hanging about on Friday evening.

Temperatures for most parts will stay between 11-12C.

Temperatures for the start of the weekend will be mostly around 15-16C with London possibly reaching 18C.

Monday will see a mix of sunshine and thundery showers with more heavy rain on Tuesday, according to the Met Office. 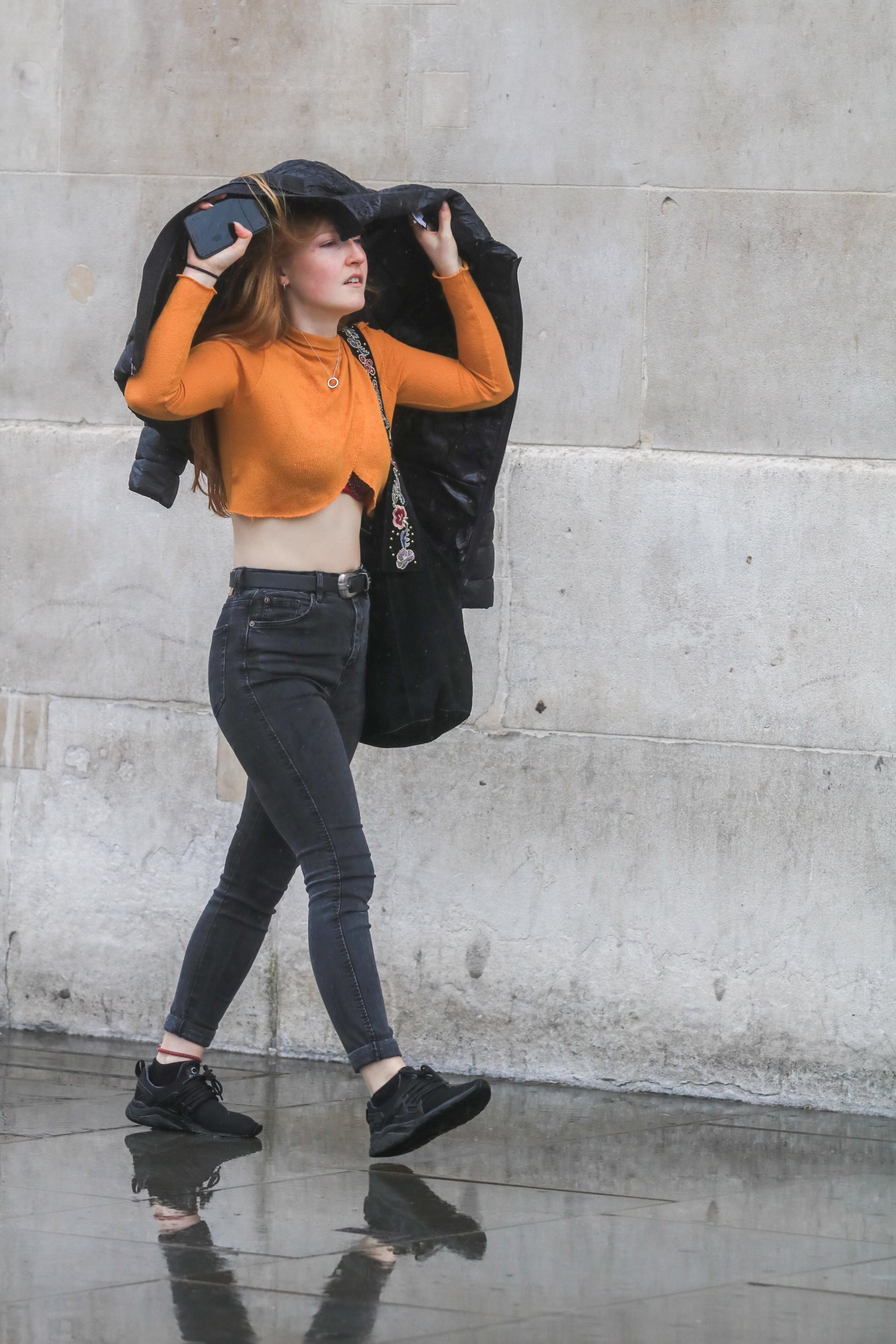 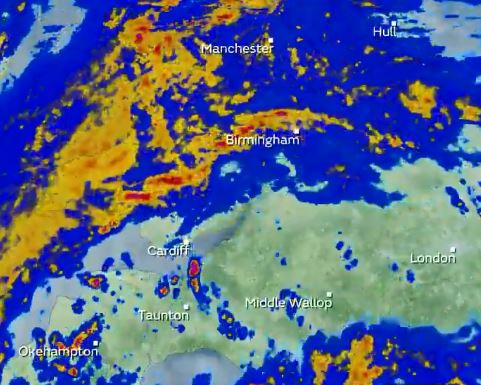 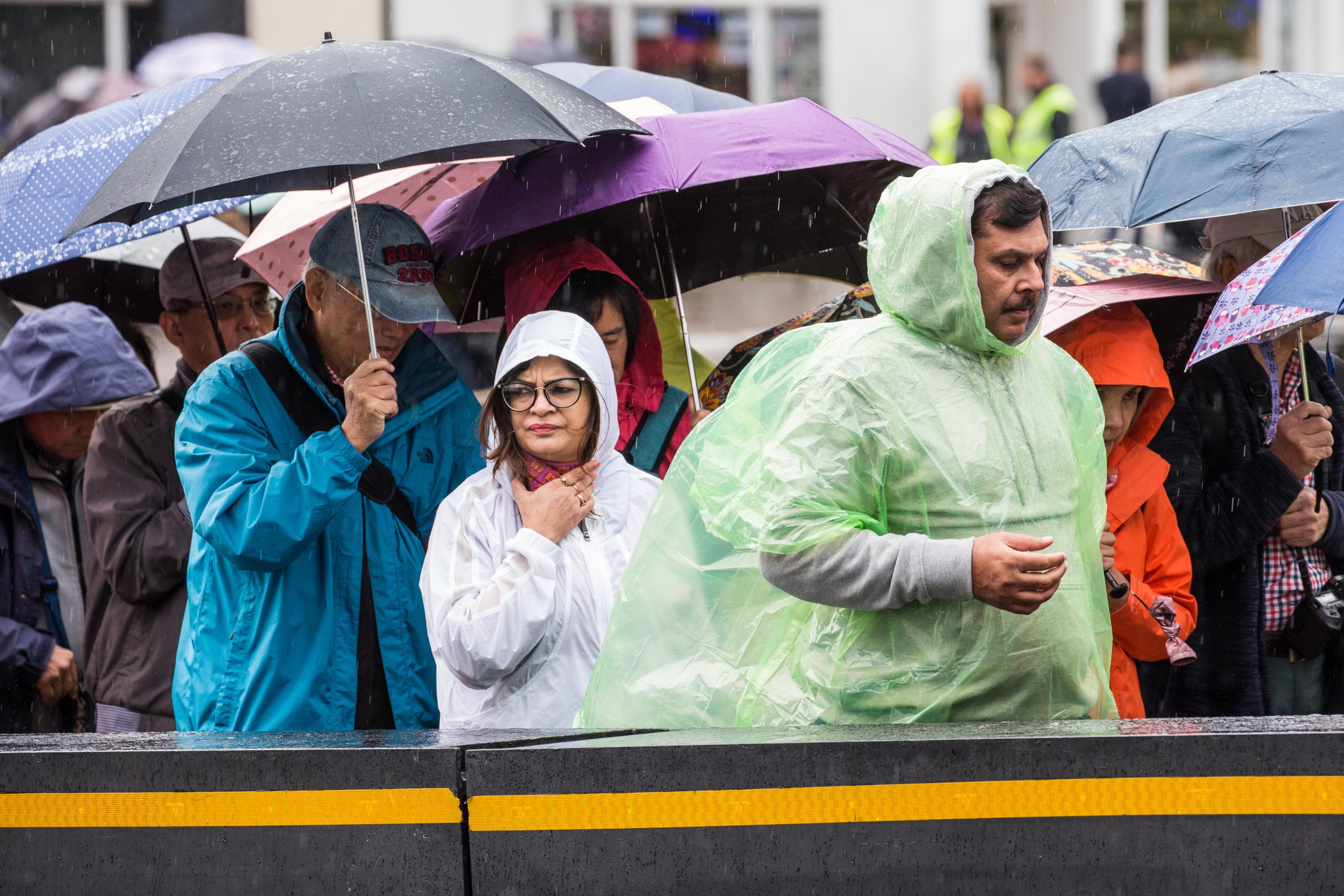 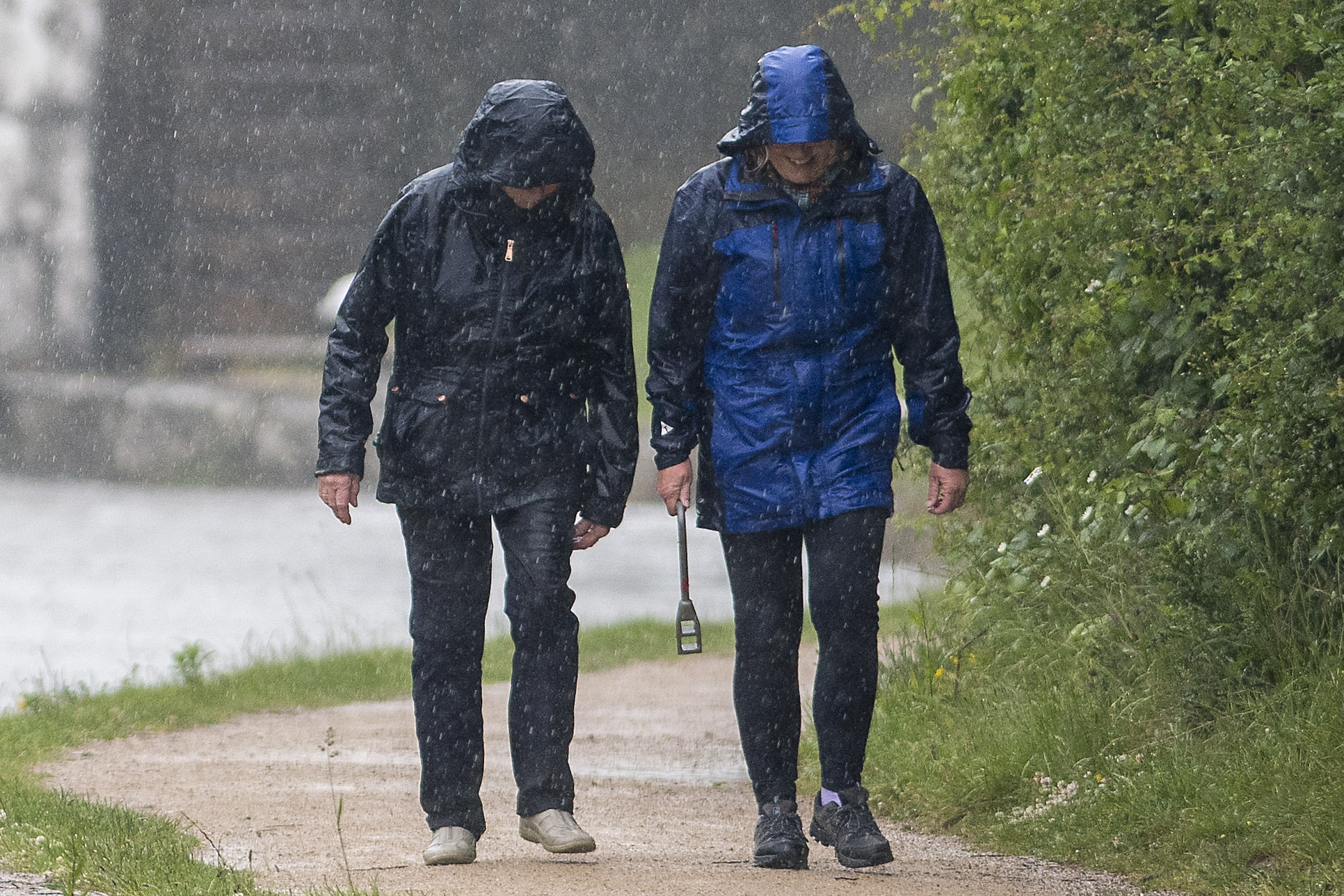