Most of the UK will see powerful gusts of wind and rain, with the best of any sunshine being seen in the south. Central areas of the country are expected to have the heaviest of today’s rain, with conditions set for thunder and the Met Office issuing amber flood warnings. Gloomy weather is expected to last throughout the day, with showers and winds easing into Monday before ramping up again on Tuesday.

The winds come as Storm Ellen continues to ease away from the UK, with it moving over the north of Scotland.


Most parts of the UK will still see showers and winds scattered throughout today, but with some spells of sunshine.


The heaviest of winds and rain will be spotted in parts of Northern Ireland, Wales and northern and central England, which will see a downpour up to 16mm per hour.


Flood warnings have been issued along the North Sea and Somerset coastlines. 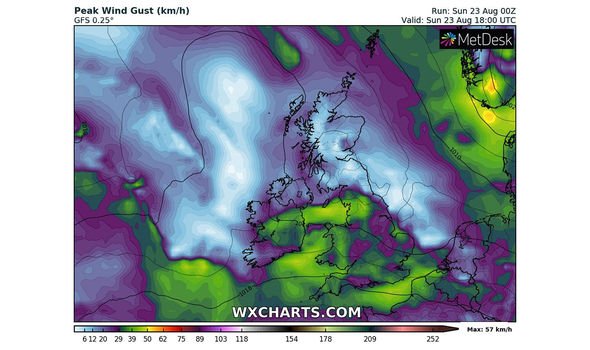 Scotland will remain relatively unaffected by the rain, as will the south of England, with intermittent spells of heavy showers.


The heavy showers will begin to ease overnight however in central England and Wales.


But south Wales and southwest England will see another 16mm per hour downpour move overhead throughout the night.


As Monday begins, the heavy rains and winds will soak southern area before moving eastwards. 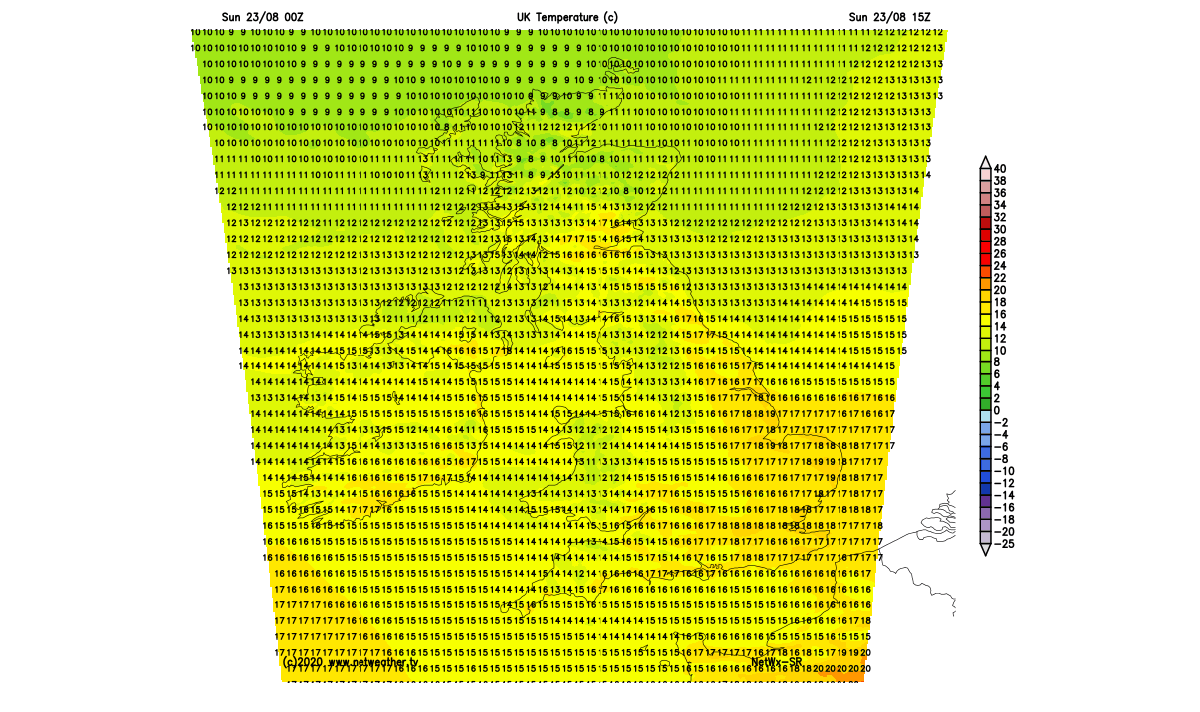 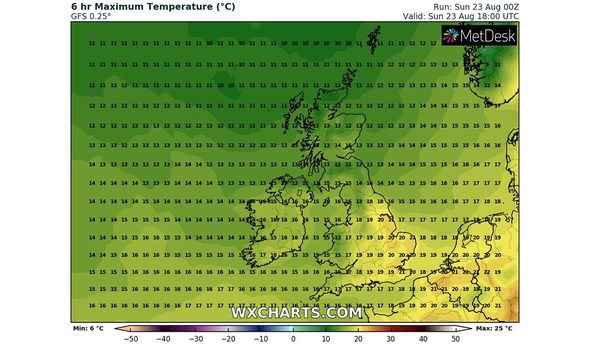 For most of the UK temperatures on Sunday will continue to be cooler than expected for August.


More normal highs of 21C (69.8F) will be seen in London, Norwich and across the South East, as those areas enjoy the clearest skies and gentlest winds.


Across Scotland it’s expected to be a brisk day, with highs of 15C (59F) across the country.


In the areas most affected by the heavy rain temperatures will read at 17C (62.6F), but it will likely feel colder due to the conditions.

Monday will see similar conditions, with easing winds and rain bringing warmer weather throughout much of the UK.


Temperatures by 4pm stay consistent throughout the country, between 20C (68F) and 17C.


However Scotland is set to have even colder weather than the day before, with temperatures in the North reaching 14C (57.2F).


Despite the warmer weather, by 4pm the South East is likely to see thunderstorms as the rain continues to move eastwards. 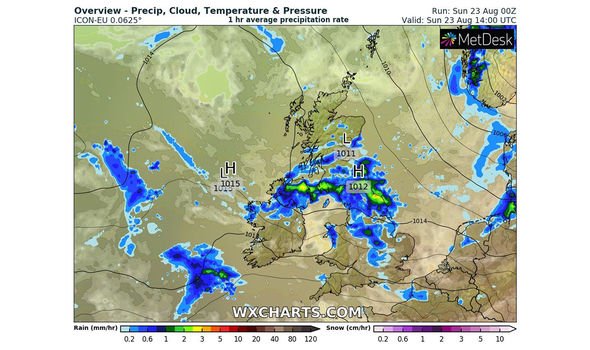 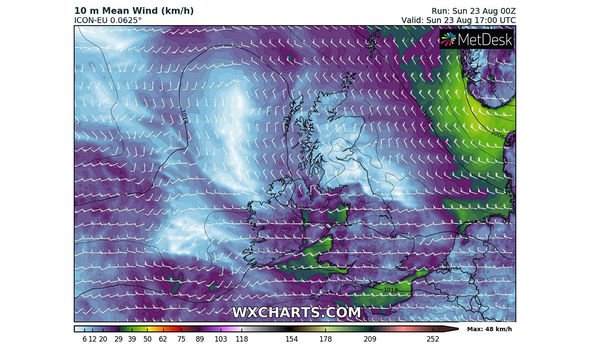 Moving further into the week, Tuesday is the day storm conditions break out again, with yellow wind warnings issued by the Met Office across the Midlands, the South of England and Wales.


“Gusts of wind are likely to exceed 50 mph for quite a few places, with exposed coasts and hills seeing gusts in excess of 60 mph.


“Whilst not exceptional, winds this strong are unusual for August, with possible transport disruption and impacts on outdoor activities.”


The yellow weather warnings are set to last throughout Wednesday, before easing by Thursday.

Celebrities
https://www.instagram.com/p/CFI4tiejY_m/ A post shared by Olivia Culpo (@oliviaculpo) on Sep 14, 2020 at 6:31pm PDT Olivia Culpo has been making...
Lifestyle
The Daily Star's FREE newsletter is spectacular! Sign up today for the best stories straight to your inbox Trying to...
TV & Movies
KHEERAT Panesar leaves Mitch and Karen reeling next week in EastEnders when he suggests that Gray Atkins killed Chantelle.  Here’s...
World News
NANCY Pelosi has condemned violent demonstrations– but only as "polls tightened" after "10,000 arrests and $2BILLION in damage," Trey Gowdy...
Beauty
Get the deep discounts at the end of the summer season on a new swimsuit or two by shopping swimwear deals...
Fashion
The iconic athletic brand found six COVID-19 frontline nurses from Boston's major hospitals to feature in the collab campaign to...
Recent Posts
We and our partners use cookies on this site to improve our service, perform analytics, personalize advertising, measure advertising performance, and remember website preferences.Ok