Storm Dennis will hit the UK on Saturday, bringing deadly torrential rain and severe winds. Met Office weather warnings span the entire country as the second storm in the space of a week will hit the country.

With a plethora of weather warnings in place from Saturday through to Monday, disruption to travel, danger to life from debris and high waves and risk of flooding is concerning forecasters.

Rain of up to nearly five inches could fall in some areas, and wind gusts are forecast to reach 70mph.

Now, Storm Dennis may even break records as it could become one of the deepest Atlantic low-pressure systems ever recorded.

BBC Weather tweeted on Friday: “#StormDennis could become one of the deepest Atlantic low-pressure systems in modern records. 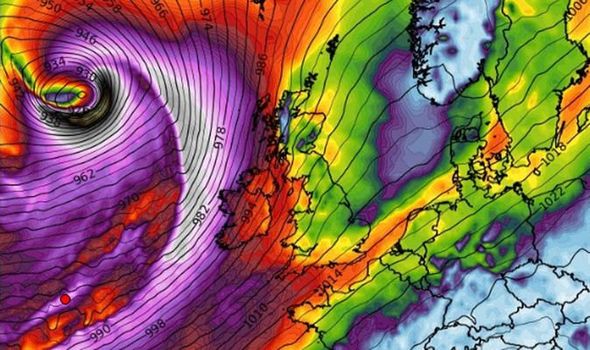 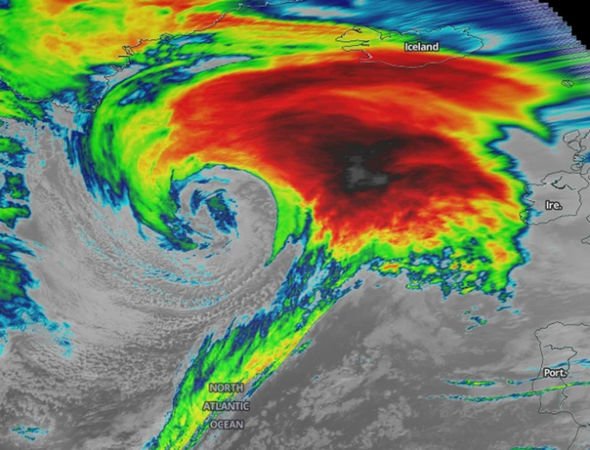 “Now developing in the north Atlantic, it’s about to undergo a period of explosive cyclogenesis – the central pressure forecast to drop 50-60mb in 24 hours to around 917mb (record 914mb)”.

What is explosive cyclogenesis? 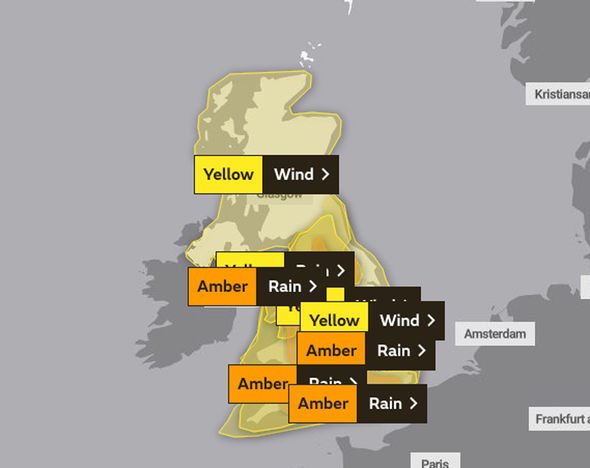 This is the extratropical equivalent of the tropical rapid deepening.

Often explosive cyclogenesis is associated with major winter storms and happens when surface pressure falls by more than about 24 millibars per day.

When the pressure drops to such an extent, rapid strengthening of the weather system takes place.

With reports of Storm Dennis undergoing explosive cyclogenesis, experts are warning this weekend’s storm could be a “step up” from that of Storm Ciara last weekend.

Flooding is a particular worry, with the Environment Agency urging people to sign up to their flood alerts.

However, the area which could see the worst of the rain is still unknown, but director of Flood Prevention John Curtin said broadly Northern England, the Pennines, Wales, South West England remain at risk.

He said: “It’s been a long winter already, many places are already saturated, we had a storm last weekend and that’s why we’re most concerned about this weekend coming.” 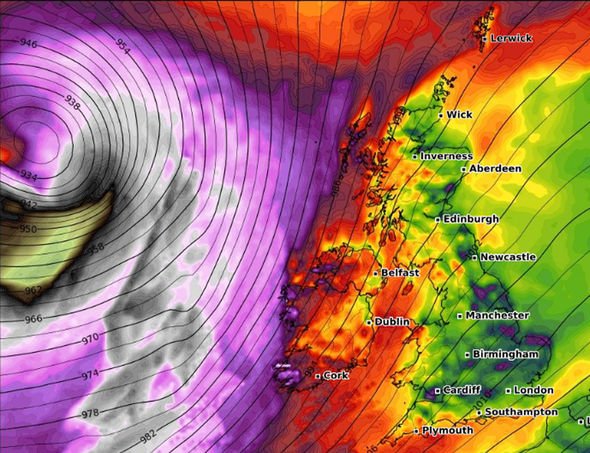 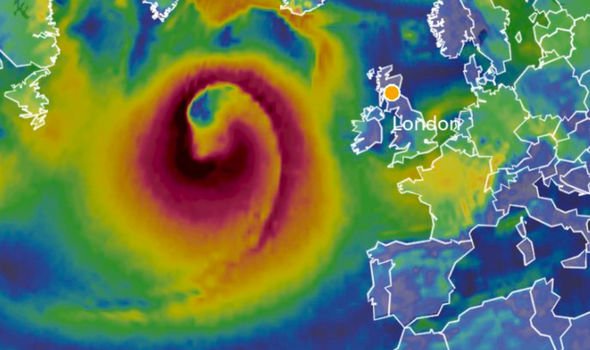 Mr Curtin added: “The difference for us from a flooding point of view is now the ground is saturated from Storm Ciara last weekend and also especially in the North after Storm Ciara there was some snowfall in the Pennines and parts of Cumbria, and that snow will melt at the same time as the rain arriving and we’ll get that double impact of melting snow and heavy rain.”

He described weather conditions as a “perfect storm” with heavy rainfall on soaked ground combined with snow on higher ground melting.

And Mr Curtin warned it may just be the beginning for flooding this year.

He told journalists at a briefing on Friday: “In November I said I was concerned about this winter, I’m still concerned and it’s only February.”

These come into force at 12pm on Saturday and remain active until 3pm on Sunday.

At the time of writing, there were 14 flood warnings and 135 flood alerts in place spanning England.

To keep up to date with flood warnings, check the Environment Agency’s website here.