A scorching heatwave could be set to return, according to the latest weekend forecast from the Met Office. The return to soaring temperatures will be a welcome break from the torrential downpours in recent days that have wreaked havoc throughout the UK. The forecast from the Met Office meteorologists linked to the returning heatwave to a hurricane barreling across the Atlantic.

This huge Atlantic hurricane is expected to bake Britain in heatwave temperatures, with the mercury expected to soar next week.

The temperatures will start to climb this weekend, with London and southern England recording temperatures up to 30C.

The Met Office’s meteorologist Clare Nasir explained: “If we head down towards the tropical Atlantic we can see some easterly waves moving in and propagating across from Africa.

JUST IN: UK lightning live chart: Map shows where lightning will strike now – Are YOU effected? 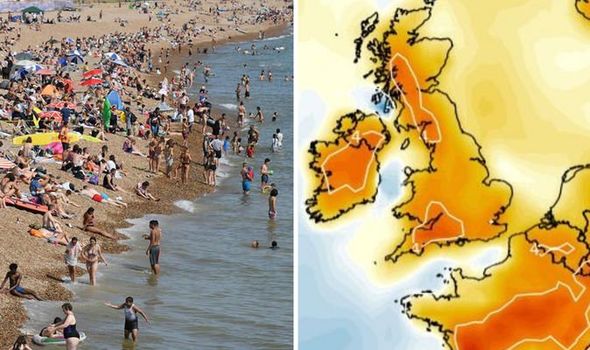 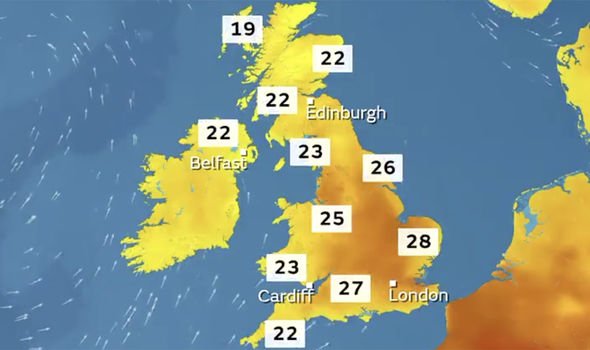 She added: “These are precursors to typical tropical cyclone development through the summer months.

“I’ve had a look at the national hurricane data and analysis into the weekend, and looking very closely at this little system here, which could develop into a tropical cyclone.”

Nasir went on to warn that if this does, there is a chance it will track up and move up the eastern seaboard of the country.

The metereologist said: “If that happens, then there is a good chance that we will see low pressure further away and ridge of high pressure toppling and moving up towards the UK, bringing with it some higher temperatures.” 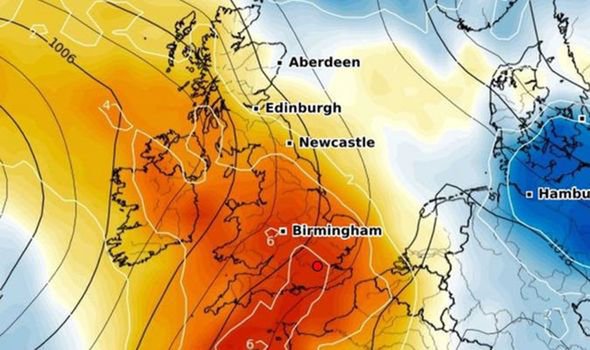 On top of the warming temperatures, a shock weather map also predicted a return to extreme lightning storms.

The summer has already brought with it extreme weather, with last month’s record-breaking temperature of 38.7 degrees in Cambridge. 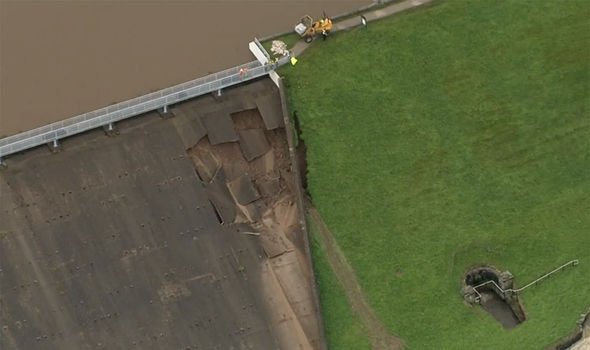 This week has been dominated by stormy weather and torrential downpours.

The shock rainfall – which saw a month’s worth of rain fall in just four hours – even sparked an evacuation in Derbyshire this afternoon.

There is concern that Toddbrook Reservoir dam could burst its banks, prompting widespread flooding.

Local residents even fear that this collapse would “wipe out” half of the town.