Russia accuses US of orchestrating a ‘coup’ attempt, as US secretary of state urges support for opposition leader.

The US secretary of state has called on countries to “pick a side” on Venezuela, urging them to back opposition leader Juan Guaido and calling for free and fair elections as soon as possible in a speech at the UN Security Council.

“Now, it is time for every other nation to pick a side. No more delays, no more games. Either you stand with the forces of freedom, or you’re in league with [Nicolas] Maduro and his mayhem,” Mike Pompeo told the 15-member UNSC on Saturday.

Pompeo was addressing the UNSC after Washington and its regional allies recognised Guaido as head of state and urged Venezuelan President Maduro to step down.

“We call on all members of the Security Council to support Venezuela’s democratic transition and interim President Guaido’s role in it,” he said.

Russia unsuccessfully tried to stop the meeting requested by the United States. Moscow has accused Washington of plotting a coup attempt, placing Venezuela at the heart of a growing geopolitical duel.

“Venezuela does not represent a threat to peace and security,” Russia’s UN ambassador, Vassily Nebenzia, told the Security Council.

“If anything does represent a threat to peace, it is the shameless and aggressive action of the United States and their allies aimed at the ouster of the legitimately elected president of Venezuela,” he said.

Russia, China block US push for UN to back Guaido

Maduro stripped the National Assembly, currently headed by Guaido, of legislative powers nearly a year and a half after the opposition gained control of the House in December 2015.

Reporting from Washington, DC, Al Jazeera’s Mike Hanna said the majority of the Security Council backed the US in the geopolitical tussle.

“Russia is making very clear its opposition to what it sees as an intervention in a state’s sovereignty,” he said. “It is backed by China, but the procedural vote showed very clearly that the weight of opinion in the UN Security Council does lie behind the United States at this particular point.

“We heard from the US secretary of state, making very clear his position that the president of the National Assembly should be recognised as the leader of Venezuela and that Nicolas Maduro should step down. That is the US position.”

The session comes a day after Guaido vowed to remain on the streets until his country has a transitional government, while Maduro dug in and accused his opponents of orchestrating a coup.

In rival press conferences, Guaido urged his followers to stage another mass protest next week, while Maduro pushed his call for dialogue.

Each man appeared ready to defend his claim to the presidency no matter the cost, with Guaido telling supporters that if he is arrested they should “stay the course” and peacefully protest.

The UNSC meeting comes on a day the EU and several of its member nations, including France, Spain and Germany, called on Maduro to hold free and fair elections within eight days or else they will consider recognising Guaido as the legitimate leader of the beleaguered country.

“Nobody is going to give us deadlines or tell us if there are elections or not,” Jorge Arreaza told the special UN session.

“How is it that you can issue an ultimatum to a sovereign government?” he said. 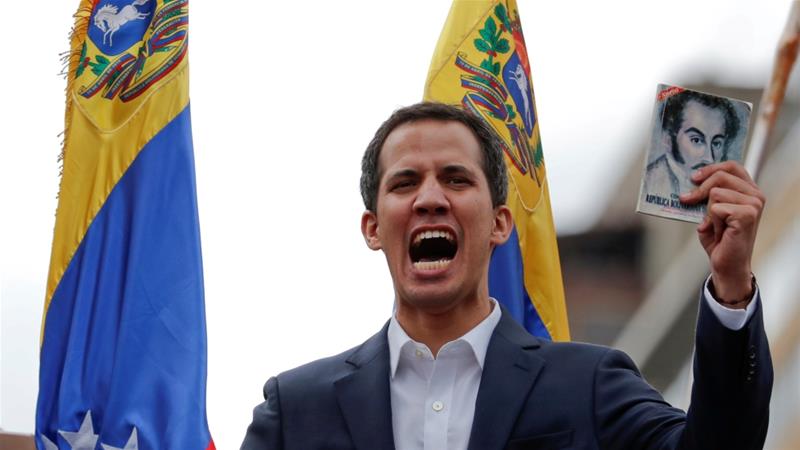 How can the political crisis in Venezuela be solved?