The U.S. Navy on Wednesday released dramatic photos from a demonstration of a high-energy laser weapon system that “successfully engaged” a floating target during a test in the Gulf of Aden.

The laser was test-fired from the USS Portland, a San Antonio-class amphibious transport dock, which previously used the laser in May 2020 to destroy a drone, which was considered a first-of-its-kind test of such a weapon, USNI News reported. 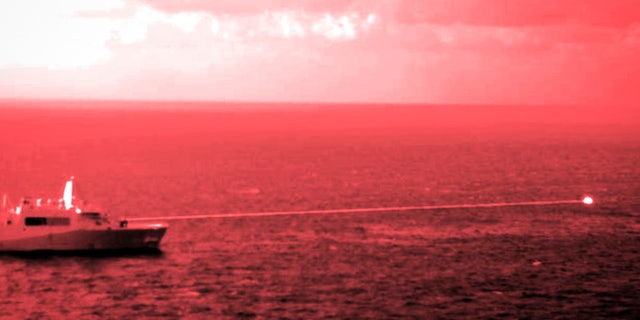 The USS Portland fires a laser weapon system at a target floating in the Gulf of Aden on Tuesday, Dec. 14, 2021.
(US Navy)

The Navy took to Twitter to post futuristic infrared images that showed the laser training on its target. Another image showed sailors in a control room presumably wearing protective glasses. 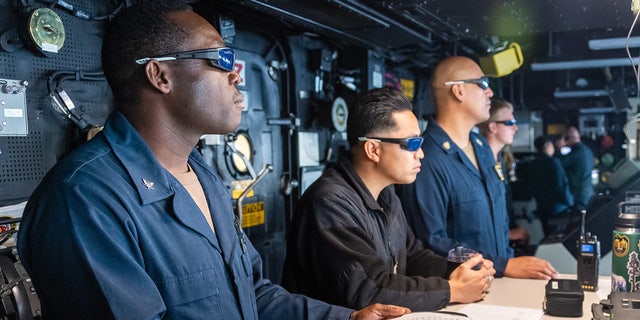 The U.S. Navy posted images on Twitter that showed a laser test in the Gulf of Aden.

The Navy on Tuesday opened a $23 million laboratory in California’s Ventura County that will serve as a test facility for new laser weapons, the Times of San Diego reported.

The paper described the Directed Energy Systems Integration Laboratory as a 1,500-square-foot facility “designed so that weapons can be installed on its roof as well as inside the building for test and evaluation.” 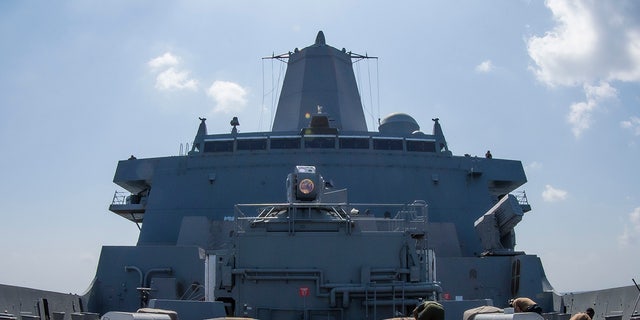 The USS Portland conducted a laser test on Dec. 14.

Vance Brahosky, the deputy technical director of the Naval Surface Warfare Center, Port Hueneme Division, told the paper that the “speed of warfare” has increased dramatically over the past several years. 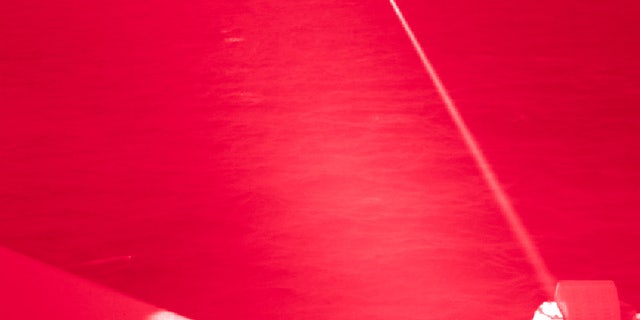 In this handout infrared photo from the U.S. Navy, the USS Portland fires a laser weapon system at a target floating in the Gulf of Aden on Tuesday, Dec. 14. (Mass Communication Specialist 2nd Class Devin Kates/U.S. Marine Corps via AP)

“One of the best ways that our fleet is going to be able to fight and win is with speed-of-light laser technology types of weapons,” he said.

The system tested on Tuesday could be used to counter bomb-laden drone boats deployed by Yemen’s Houthi rebels in the Red Sea.

The Houthis have deployed drone boats into the Gulf of Aden, which can be piloted remotely and sent up to a target before detonating. These boats are suspected of being built with Iran’s help.