The Trump administration is proposing to collect biometric data from immigrants, not just detained migrants. 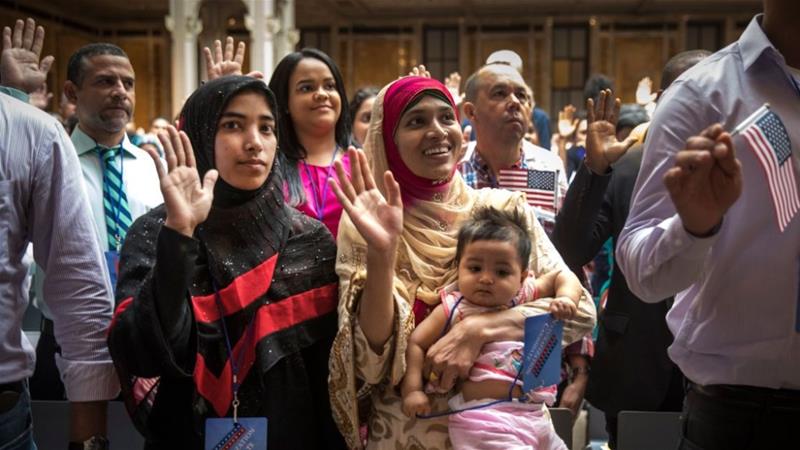 The Trump administration on Friday formally proposed a sweeping expansion of its collection of DNA and other biometric data of immigrants, to go beyond detained migrants in order to include US citizen sponsors and others.

Its proposal also vastly expands the biological information that the Department of Homeland Security (DHS) collects beyond genetic material to include eye scans, voiceprints, and palm prints, the department’s US Citizenship and Immigration Services said in a notice published in the Federal Register.

The plan is the latest move by President Donald Trump, who won office in part with his anti-immigrant rhetoric, to remake the nation’s immigration system and make good on his campaign promises as he seeks re-election in November.

His administration last year called for the collection of DNA of migrants who are detained by US authorities, arguing it was allowed under a 2005 law and could help detect fraud and solve cold cases.

Friday’s proposal, first announced on September 1, would vastly expand such collections that DHS said would help prove family relationships, verify identities, and check criminal histories. It also moves to include children, among other changes.

“Collecting a massive database of genetic blueprints won’t make us safer – it will simply make it easier for the government to surveil and target our communities and to bring us closer to a dystopian nightmare,” ACLU’s deputy director of immigration policy, Andrea Flores, said in a statement.

It is unclear when DHS will finalise the rule. Representatives for the department did not respond to a request for comment. Public comment on the measure is due by October 13.

The Republican president has repeatedly called for “law and order” ahead of the November 3 presidential election pitting him against former US Vice President Joe Biden, a Democrat.

Trump has long linked his anti-immigration policies to crime-fighting, although studies show immigrants do not commit crime at a higher rate than native-born Americans.