So spoke Boris Yeltsin on the eve of the millennium, as he begged his people’s forgiveness for the chaos of the 1990s and announced he was handing presidential duties to Vladimir Vladimirovich Putin, his recently appointed PM.

It was a bolt from the blue – an entrustment of the country into the hands of a man whose most notorious public pronouncement to date had been his crass taunt to Chechen terrorists that he would “rub them out in the outhouse” following a series of apartment bombings killed more than 300 people in his first few weeks in the job. 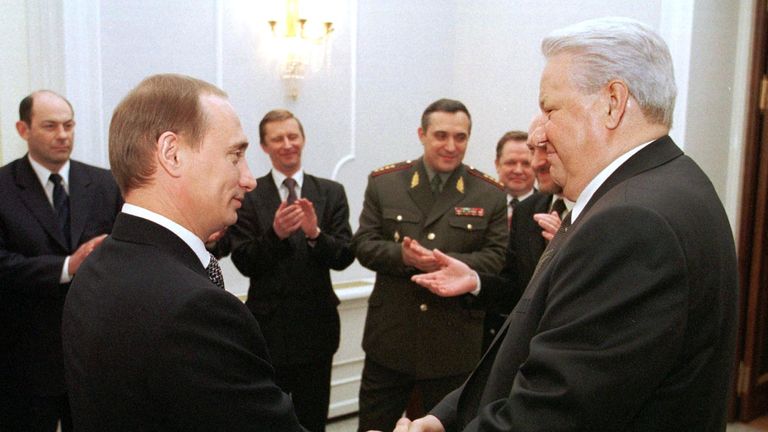 “The tragedy mobilised the nation,” said Alexey Podbereskin, a military security expert and former presidential contender who ran against Putin in 2000.

“The combination of will and patriotic feeling meant that within two months Putin became popular. Because Yeltsin ruined the country absolutely, even now it is hard for people to understand quite how ruined it was.”

Never mind the lingering questions over who was behind the apartment bombings, the more cynical of which claim they were actually orchestrated by Russia’s domestic intelligence service, the FSB, to rally the public behind Putin’s call to invade Chechnya.

Vladimir Putin won the election the following March on a groundswell of patriotic fervour, a seam in the national psyche he has exploited ever since.

In his first eight-year stint, he pulled Russia back from the brink, taming the oligarchs and giving your average Russian a living standard they had not experienced throughout their long history off the back of high oil prices, even if the fledgling democracy they were entering would be ever more tightly controlled.

His last two terms beginning in 2012 have had a less clear-cut, more grandiose agenda.

Returning to the presidency on the back of protest over rigged parliamentary elections and with no continuing boon from hydrocarbons, Putin looked beyond Russia’s borders to bolster his standing.

The annexation of Crimea in 2014 won him huge popular support but effectively exiled Russia from the international community. His intervention in Syria as the US all but vacated the scene has reinstated Russia as a key power-broker across the Middle East but has had little resonance back home.

“The latter focus on making Russia great again, looking out and asserting its role as a great power is getting a lot of hype, but it’s not successful. He’s using up the capital he banked in his first term.” 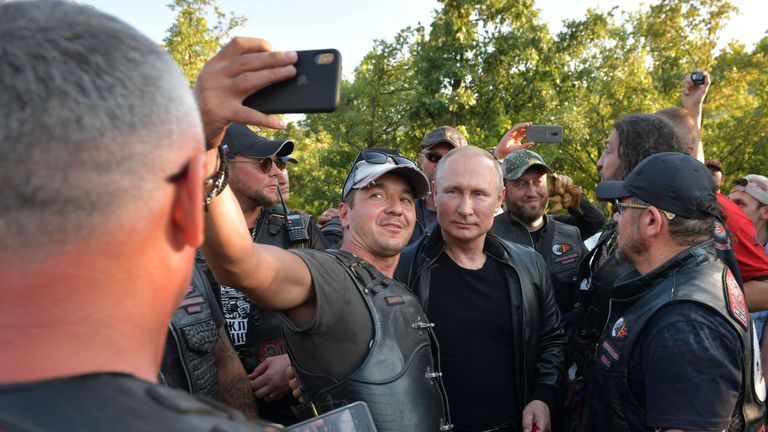 He is also a changed leader.

His early nod to an entente of sorts with NATO and the likes of Tony Blair and George W Bush came to nothing. The four years of Dmitri Medvedev’s presidency from 2008 to 2012 saw the Middle East convulsed in the turmoil of the Arab Spring.

Putin bitterly and publicly opposed his protege’s decision not to block the Western intervention in Libya. The notion of colour revolutions and of long-term autocrats unseated by popular revolt ran too close to the bone.

The Putin who returned to power in 2012 had reverted to type – a KGB officer of the Brezhnev-era, paranoid, fiercely hostile towards the West and determined to cement his legacy.

That is harder as economic conditions toughen. 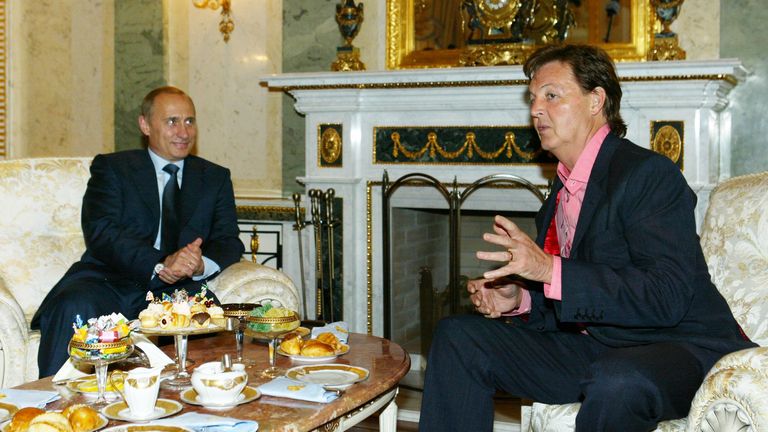 Though still more popular than most Western leaders could dream of, Russians’ trust in their president according to the independent Levada poll has dropped significantly, from 59% in 2017 to just 39% in 2019.

One plus for Russia’s president is that the West is no longer the beacon of liberal democratic values that it was.

“Now everywhere in the West you have problems,’ says Sergei Guriev, former economist of the European Bank for Reconstruction and Development.

“So you have this external change which helped him create a narrative which is – okay, I may not be as great at creating income wealth as I used to be, but look around me.”

One of the most revealing anecdotes about President Putin is a story he told early on in his presidency.

Back at his childhood home in Leningrad, the young Vladimir and his friends, armed with sticks, would chase rats down the corridors of their building. One day, he cornered one.

“Suddenly it lashed around and threw itself at me,” he said.

“I was surprised and frightened.”

It is a lesson he took to heart – that when the weak are cornered, they will do anything to survive.

It also speaks to his style of leadership and capacity to punch well above his weight, given Russia’s relatively limited military and economic wherewithal.

“One of the things people under-appreciate in Putin is that he’s prepared to take risks because it is a gamble-free reaction,” says Sergei Guriev.

Crimea was a risk; Syria too. The poisoning of Sergei and Yulia Skripal last year, which Russia of course denies, another. Vladimir Putin is an opportunist. Should another moment present itself which he deems advantageous, he will take it because he is prepared to take risks others won’t.

As the devastation of Grozny in the 2000s goes to show, or Homs, Aleppo and Idlib now, in Putin’s eyes the end nearly always justifies the means.

So what happens next? 2024 is the year when he is constitutionally bound to step down. Theories abound. Will he create a father of the nation type role, a la Kazakhstan?

More outlandish is the notion of a Belarus-Russian superstate which he could head up, though Belarus’s long-standing leader Alexander Lukashenko may not take kindly to that.

Will he return Medvedev to the presidency so that he can come back, an octogenarian, in 2030? Or will he do what Boris Yeltsin did and find someone to succeed who will play the role he did for the Yeltsin family – keep them safe?

“He needs someone who’s smart, efficient and loyal but is not one of the big beasts of the Kremlin,” says Mark Galeotti.

“He is looking for his Putin.”