Russian tank destroyed after being attacked by Ukrainian military

A Russian BMD-2 tank continued to drive at high speeds through a Ukrainian field after being hit by heavy artillery from Ukrainian troops.

The video clips showed the Russian tank ablaze screeching through an open field as flames continued to rise out of the top of the vehicles.

Ukraine’s armed forces have been upping the ante as the Russian bombardment has continued.

Tomorrow will mark the 6th month anniversary of the full-scale invasion, and peace talks between the two neighbouring countries have halted.

The video clip shows the Russian BMD-2 tank rolling through a Ukrainian field on fire at high speeds.

The tanks can be seen engulfed in flames after being hit by Ukrainian forces in an attack.

The tank on fire begins to produce enormous amounts of grey thick smoke.

It is unknown what the number of casualties of the Russian soldiers is, as there were no fleeing soldiers after the hit. 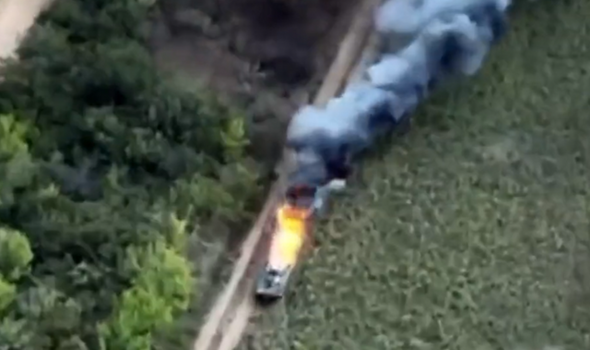 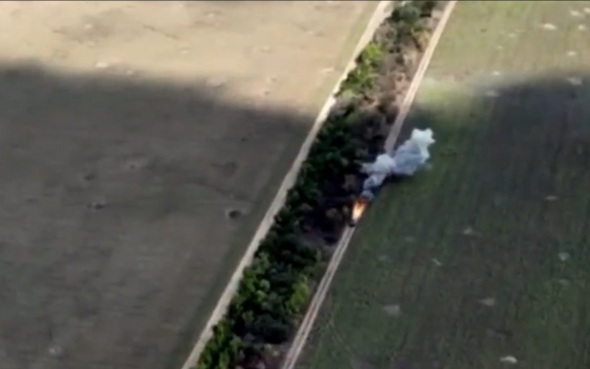 Users on social media have been reacting to the video clip.

One user @AndrewHarbison1 said: “This is what happens when you put your auxiliary fuel tanks inside the rear exit doors (the Russians do things their own way sometimes.) Guess it was kind of fraught inside that BMD after the hit. Not easy for passengers to exit through the crew compartment at the best of times.”

@BetoMetroDos said: “That’s because the ammunition is ringed around the operator/gunner compartment. One good hit sets the entire ammo store off…”

@GrillardEric said: “BMP 2 in flames. The machine moves quickly to perhaps evade enemy fire. On the other hand, is it a technique for extinguishing the fire by moving quickly (fuel tanks are in the rear doors of the gear of this type)? The flames tend to decrease at the end of the video.” 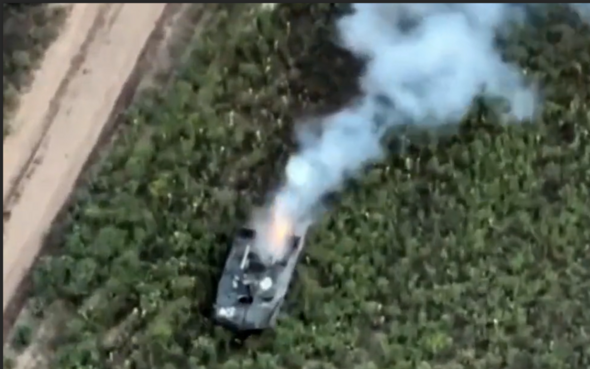