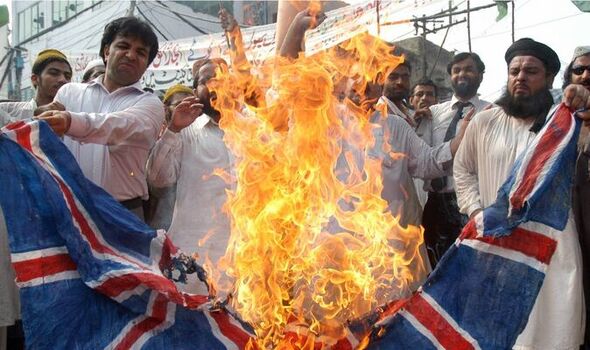 Hadi Matar, 24, an American of Lebanese descent, last week pleaded not guilty to second-degree attempted murder after stabbing the author several times as he was about to deliver a lecture in western New York. But state-run media praised the attack on “apostate” Rushdie, who was placed under a Fatwa 33 years ago by Supreme Leader Ayatollah Khomeini following the publication of his book Satanic Verses. He still has a £2.5m bounty on his head.

Assassination attempts abroad have become a hallmark of the regime, which continues to pursue policies it has steadfastly adhered to since it seized control following the overthrow of the Shah of Iran in 1979.

Just two weeks ago, its notorious Quds Force was identified by the US as the source of an assassination plot in which agents were paid £300,000 to target former US National Security advisor John Bolton and Secretary of State Mike Pompeo.

In the early years, Tehran’s focussed hijackings and bombings, such as coordinated attacks in Beirut on October 23 1983 which killed 241 US Marines and 50 French soldiers and injured hundreds of civilians.

Mohsen Rafiqdoust, minister of the still fledgling Islamic Revolutionary Guards Corps (IRGC), later boasted that “both the TNT and the ideology which in one blast sent to hell 400 officers, NCOs, and soldiers were provided by Iran.”

Regionally, it exploited political divisions wherever it could build upon Shia minorities. Its decision in 1982 to dispatch 1,000 Revolutionary Guards to Lebanon after Israel’s invasion was the opening shot of a salvo which would see the regime donate £400m to Hezbollah over the next six years.

The pattern was repeated  in Iraq, Yemen and Syria.Though squeezed by sanctions, it still spends hundreds of millions on terror groups, prioritising these over its population at home.

After losing its war with Iraq in 1988 and unable to meet the social and economic needs of its people, the theocracy consolidated a two-prong approach: repression at home  and the systemic use of terror and hostage diplomacy as foreign policy tools abroad.

According to one French report in 1994, “The whole Iranian state apparatus is at the service of these operations.”

1988 saw the creation of the Quds Force, the IRGC’S external service. Answerable directly to Supreme Leader Ali Khamenei, it has been responsible for terror operations in the US, Europe, Asia and Africa, often using foreign agents. A subsection, called Unit 400, provides training and support for other terror groups, particularly in Yemen and Iraq.

Earlier this year it emerged that a newly-formed Quds naval unit, based in Ziba Kenar on the Caspian coast, was training mercenary units to carry out naval attacks in the Arabian Sea, Bab al-Mandab, and the Red Sea.

Royal Navy sailors were twice taken hostage by the regime, which remains a threat to international shipping in the Gulf.

Tee regime’s use of embassies to provide diplomatic cover was laid bare last year when Assadollah Assadi, Iran’s Vienna-based European spychief, was jailed for 20 years for his role in masterminding a bomb plot to destroy a Free Iran conference hosted by exiled opposition group the NCRI/MEK. 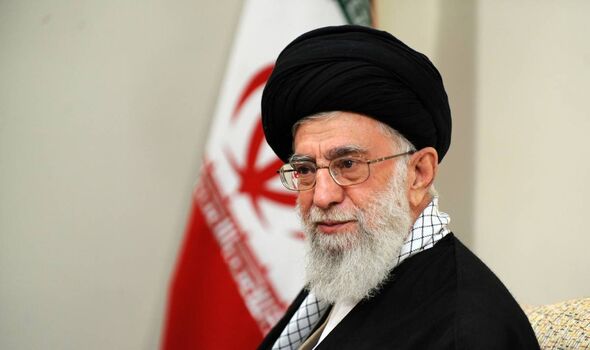 Other attempts have been more successful, such as the 1990 assassination of Prof. Kazem Rajavi, NCRI’s representative in Switzerland. The attack, which happened in broad daylight, was carried out by 13 Iranian agents all carrying service papers.

In 1992 MEK member Ali Akber Ghorbani, was abducted outside his home in Istanbul and tortured to death, and in 1993 Mohammad Hossein Naghdi, NCRI’s Representative to Italy, was gunned down on his way to his office in Rome.

Politically, a surge of leftist governments across South America has seen Hezbollah taken off the terror lists, while the influence of its Islamic networks in Europe grows.

Iran uses other methods too, such as influence campaigns. Earlier this month Iranian national Hassan Heyrani, ostensibly a former NCRI/MEK member whose criticisms of the group have been quoted extensively by Western media, was named by Albanian authorities as a paid agent of Iran’s MOIS intelligence agency. He was one of 20 identified following a four-year investigation.

And the West’s meandering policies over the last 40 years – ranging from secret hostage deals to sanctions  – have not dented the regime’s resolve.

Claims by chief advisor Mohammad Marandi that the regime was “closer than ever” to restoring the broken JCPOA nuclear deal raised hope last week that billions of barrels of newly-unsanctioned oil may soon be unleashed on to the global market.

But analysts warned that Iran’s remaining conditions, which include unconstitutional demands that the deal be honoured by future US presidents,  show that the regime has no real desire to see a deal struck.

“Iran has weathered sanctions with the help of China and Iraqi oil and is in a much stronger position now than in 2015. It simply doesn’t need the nuclear deal any longer,”  said regional expert Kyle Orton last night.

“We’ve tried appeasement, and we’ve tried maximum pressure. The first simply straightened the regime, while the latter failed because the nature of our democracy means the policies are often abandoned by those who follow,” she said.

“And over time the snake has become a dragon, a problem so big that Western leaders just don’t want to tackle it.”

The turning point, she said , was the disastrous lack of planning following the toppling of Saddam Hussein, which opened Iraq Iranian influence.

“The Islamic Republic was offered Iraq on a silver platter, giving it an opening across the Middle East and a way to circumnavigate sanctions.”

“We couldn’t even succeed against the Taliban in Afghanistan, a small landlocked country. By comparison, Iran has become a well-organised Hydra.”

“My sense now is that the West has simply given up. We subcontract our policy aims to regional countries, and keep our fingers crossed.”