THIS summer the world has seen some blazing heatwaves across the northern hemisphere smashing national records.

But how does the UK heatwave compare to the hottest place in the world and where is it?

Where is the hottest place in the world?

July 2018 saw the hottest month on record for the famously scorching location.

The average daily temperature throughout the month was 42.3C.

In 2018 a new all-time monthly average of 42.3C was recorded at Death Valley's Furnace Creek Visitor Center – surpassing the record set a year ago by half a degree. 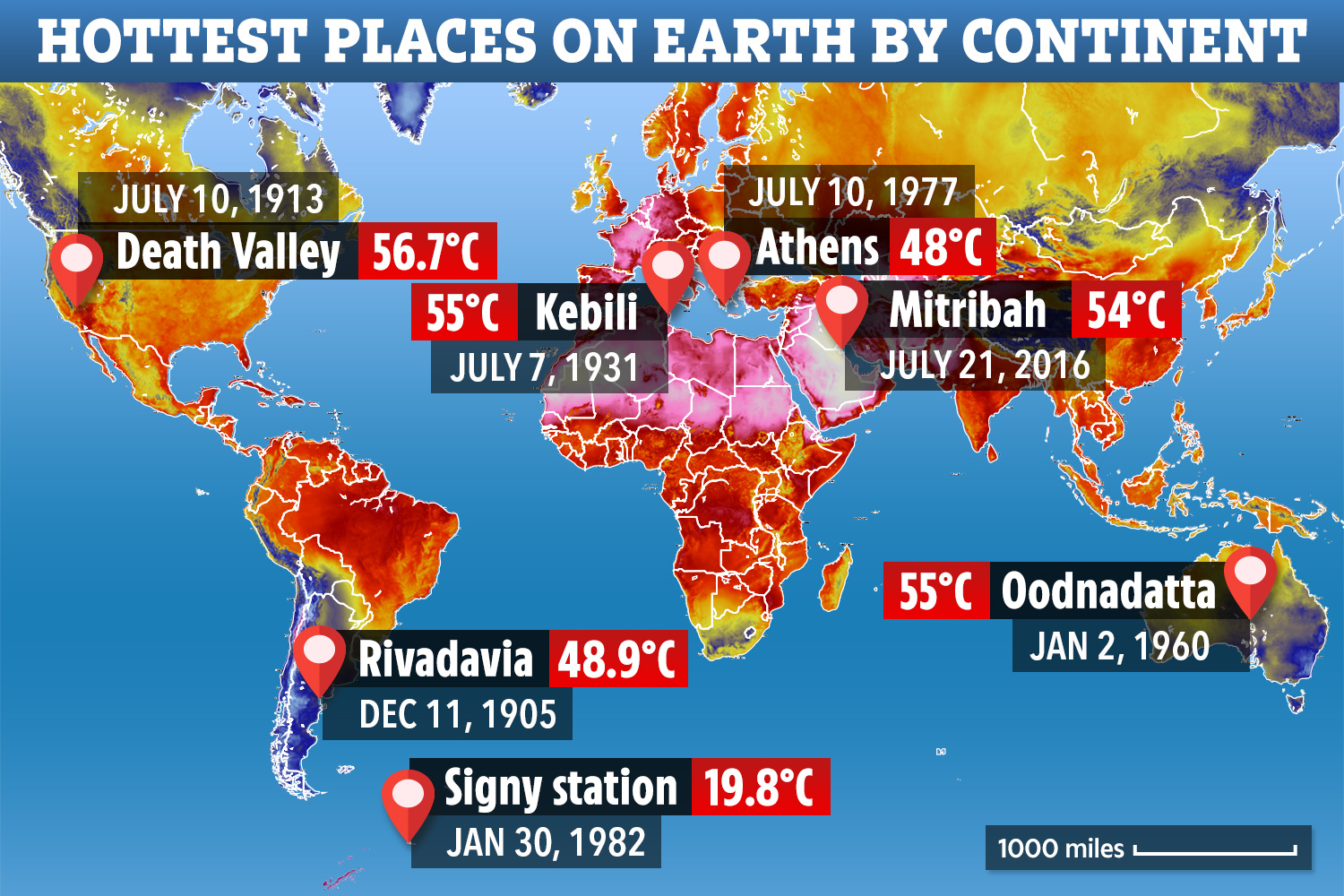 The hottest temperature recorded in the city near the shores of Lake Nubia hit 53C in April 1967.

Satellite measurements taken between 2003 and 2009 recorded a maximum temperature of 70.7C.

The average temperature is still a sweltering 37C.

This city is located on the southern edge of the Sahara and is about eight miles north of the Niger River.

The highest on record is 55C and average temperatures are 40+C in the summer.

The Unesco World Heritage site averages highs of 40C and a temperature of 55C has been recorded.

According to the heat index – which combines air temperature and relative humidity – the city holds the second highest ever measurement of 74C in July 2015.

The highest temperature recorded there is 51C. 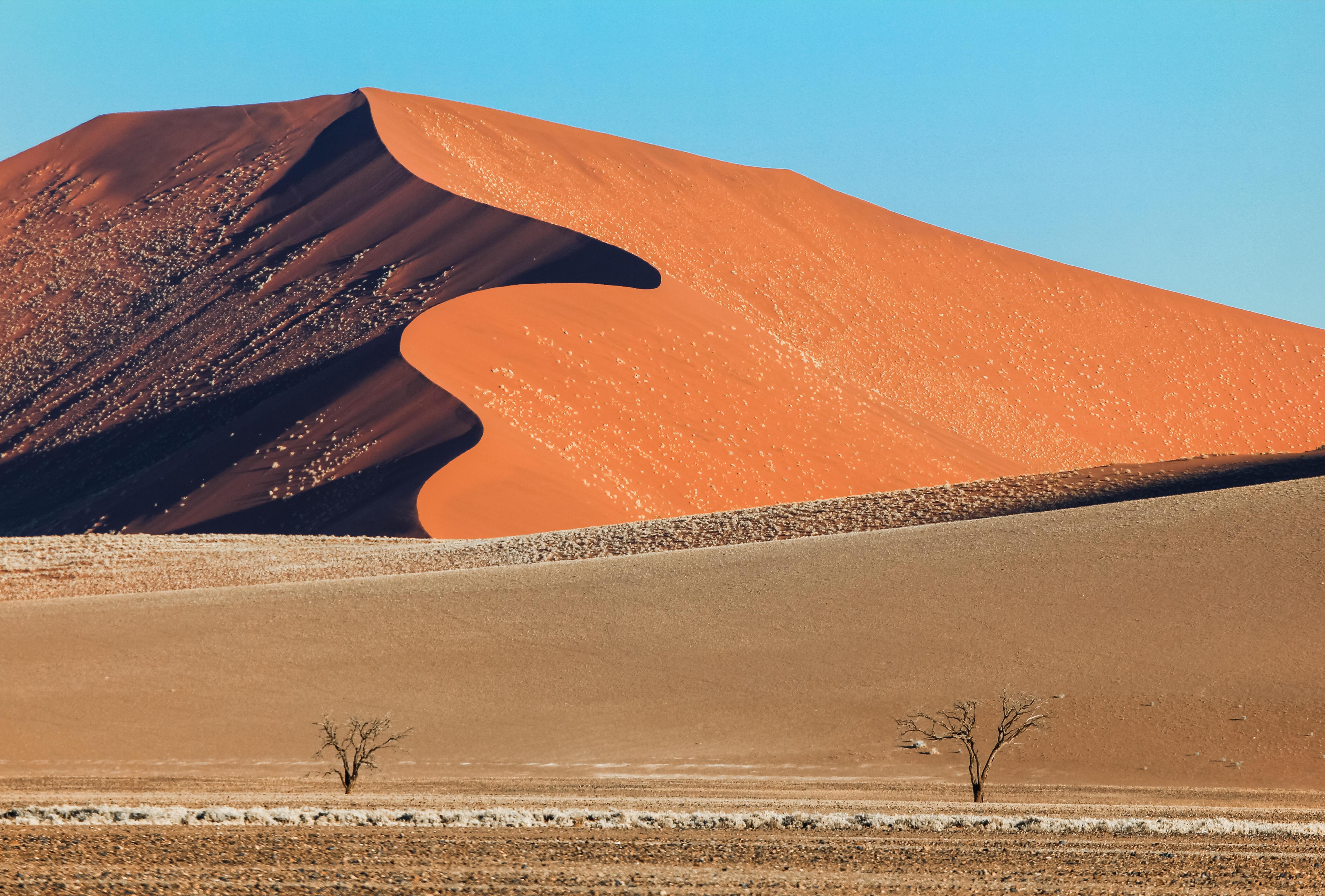 How hot are Death Valley and the Sahara desert?

Death Valley this year had its hottest month on record in July 2018 with the average temperature of 42.28C.

The previous record had been set in Death Valley in July 2017, when the average was 41.89C.

The national park in the Mojave Desert rarely sees wind and water as the valley, which is 86 metres below sea level, is also surrounded by mountain ranges, so any air that does reach it quickly heats up.

Death Valley is in the northern Mojave Desert and holds the highest recorded temperature of 56.7C.

The Sahara annual average temperature is 30C but can regularly exceed 40C in the hottest months.

What's the hottest place in Europe?

The hottest temperature ever recorded in Europe was in Athens, Greece, on July 10, 1977, when the mercury rose to 48C.

This summer Europe has experienced an extreme heatwave, with France breaking its record, which now sits at 45.9C.

A new record high of 45.9C was measured in the southern town of Gallargues-le-Montueux.

The previous record was 44.1C registered near Narbonne during the summer 2003 heatwave where a staggering 15,000 people died from illnesses related to the heat.

The World Meteorological Organisation said this week that 2019 was on track to be among the world's hottest years, and 2015-2019 would be the hottest five-year period on record.
It said the European heatwave was "absolutely consistent" with extremes linked to the impact of greenhouse gas emissions.

What is the highest temperature on record?

El Azizia in Libya was once believed to hold the title when a temperature of 58C was recorded in 1922 although meteorologists have since declared this invalid.

An investigation 90 years later found that the reading was made by an untrained observer, with an antiquated instrument, and it didn't match any temperatures later at the site or was the site representative of its surroundings.

Here are the top ten places which have recorded the highest temperatures.

The desert valley hit 56.7C in the summer of 1913 at Furnace Creek Ranch which current hold the world record.

But July 2018 saw the hottest month on record for the famously scorching location.

The average daily temperature throughout the month was 42.3C.

In 2018 a new all-time monthly average of 42.3C was recorded at Death Valley's Furnace Creek Visitor Center – surpassing the record set a year ago by half a degree.