BIDEN will bring "lawlessness" to America's suburbs, the white couple who waved guns at Black Lives Matter protesters have said, after they spoke at the Republican National Convention.

Mark and Patty McCloskey became internet famous after they were captured brandishing their weapons when a BLM protest in St Louis passed outside their home. 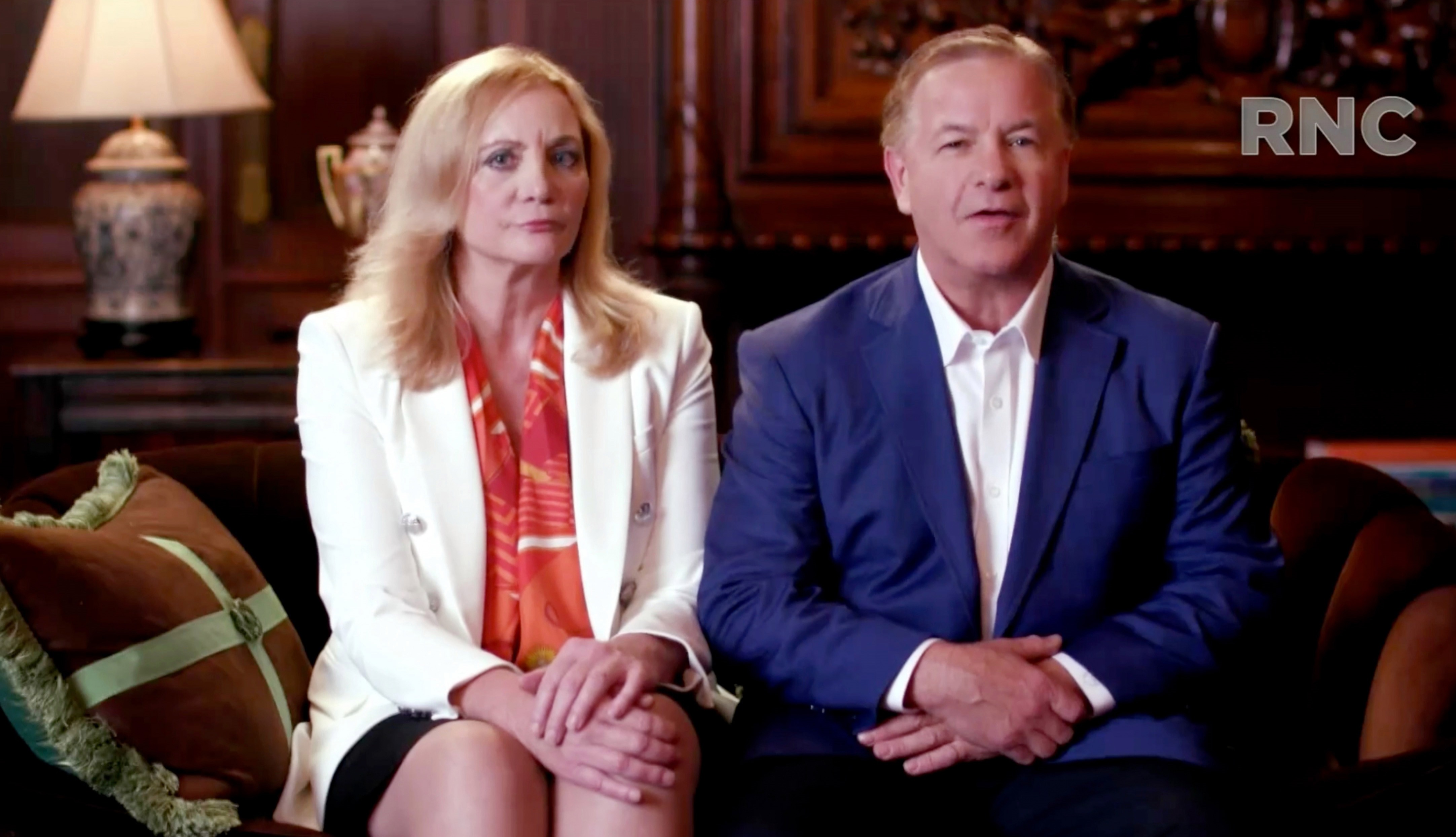 "They want to abolish the suburbs altogether by ending single-family home zoning," Patty said on Monday.

"These are the policies that are coming to a neighborhood near you. Your family will not be safe in the radical Democrats America."

She added the Democrat's proposals "would bring crime, lawlessness and low-quality apartments into thriving suburban neighborhoods".

Her husband Mark continued the rhetoric. 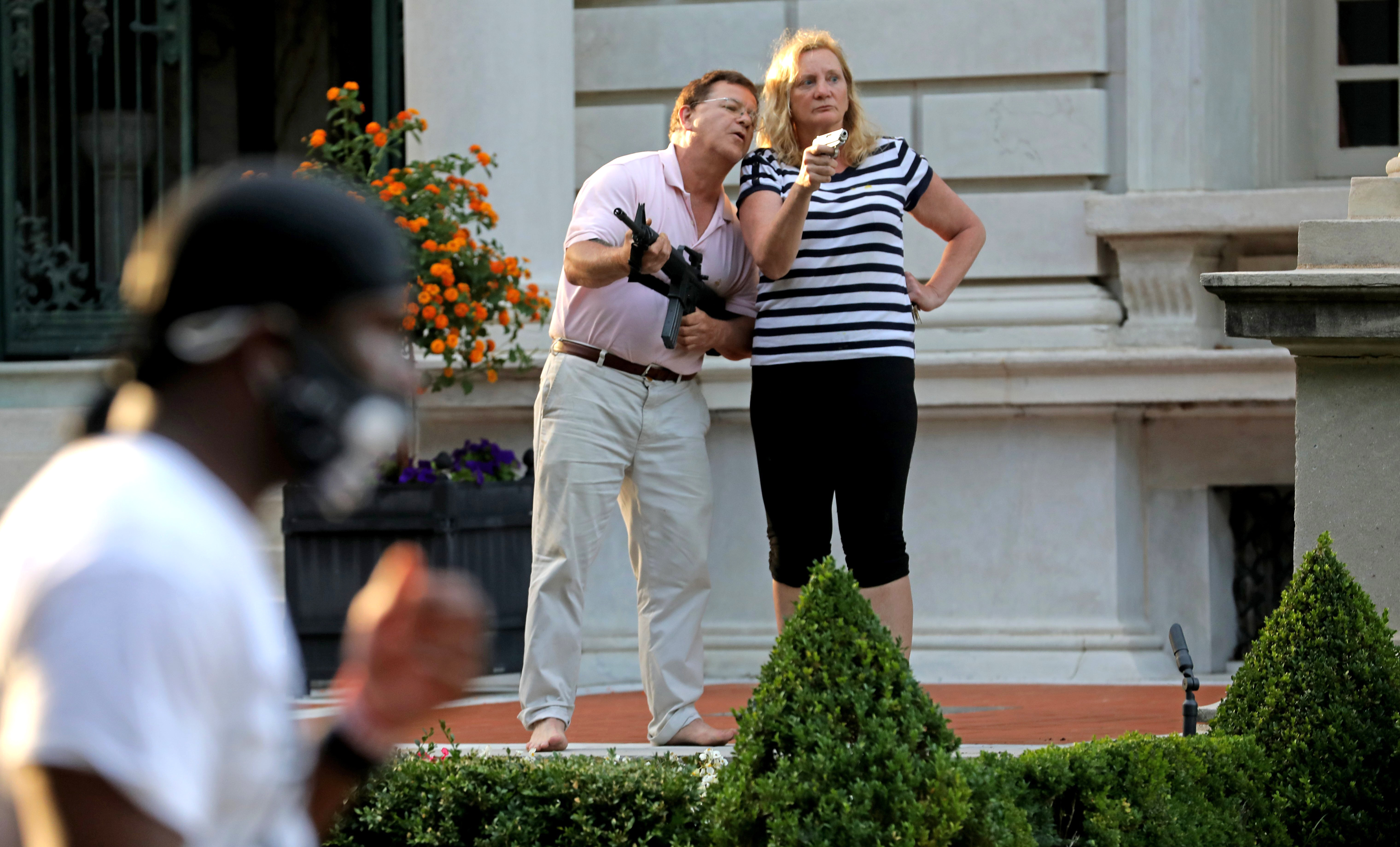 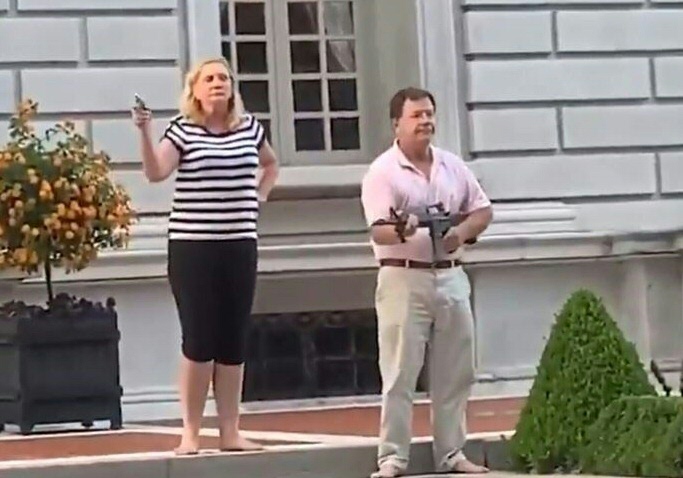 "At this moment in history, if you stand up for yourself and for the values our country was founded on, the mob–spurred on by their allies in the media–will try to destroy you," Mark added.

Patty then warned those watching the RNC that what happened to them "could just as easily happen to any of you who are watching from quiet neighborhoods around our country".

The McCloskeys have always claimed they were protecting themselves from protesters marching on their private street after they were charged with one felony count of unlawful use of a weapon.

The couple, both personal injury attorneys, said they feared the crowd was going to kill them and burn down their home.

They compared their house being burned down to the "storming of the Bastille."

The incident caught the attention of Trump, who accused the prosecutor that charged the couple with felony unlawful use of a weapon of using "an extreme abuse of power."

The charges were slammed by both Trump and Missouri Republican Governor Mike Parson who said he will likely pardon the couple.

At the time, Trump said it’s "absolutely absurd what is happening to the McCloskeys," according to White House Press Secretary Kayleigh McEnany.

"And the house was going to be totally ransacked and probably burned down like they were trying to burn down churches.

"And these people were standing there, never used it, and they were legal, the weapons.

"And now I understand somebody local, they want to prosecute these people," he added. "It's a disgrace."

Trump has since been critical of their treatment and has spoken out in defense of the couple. 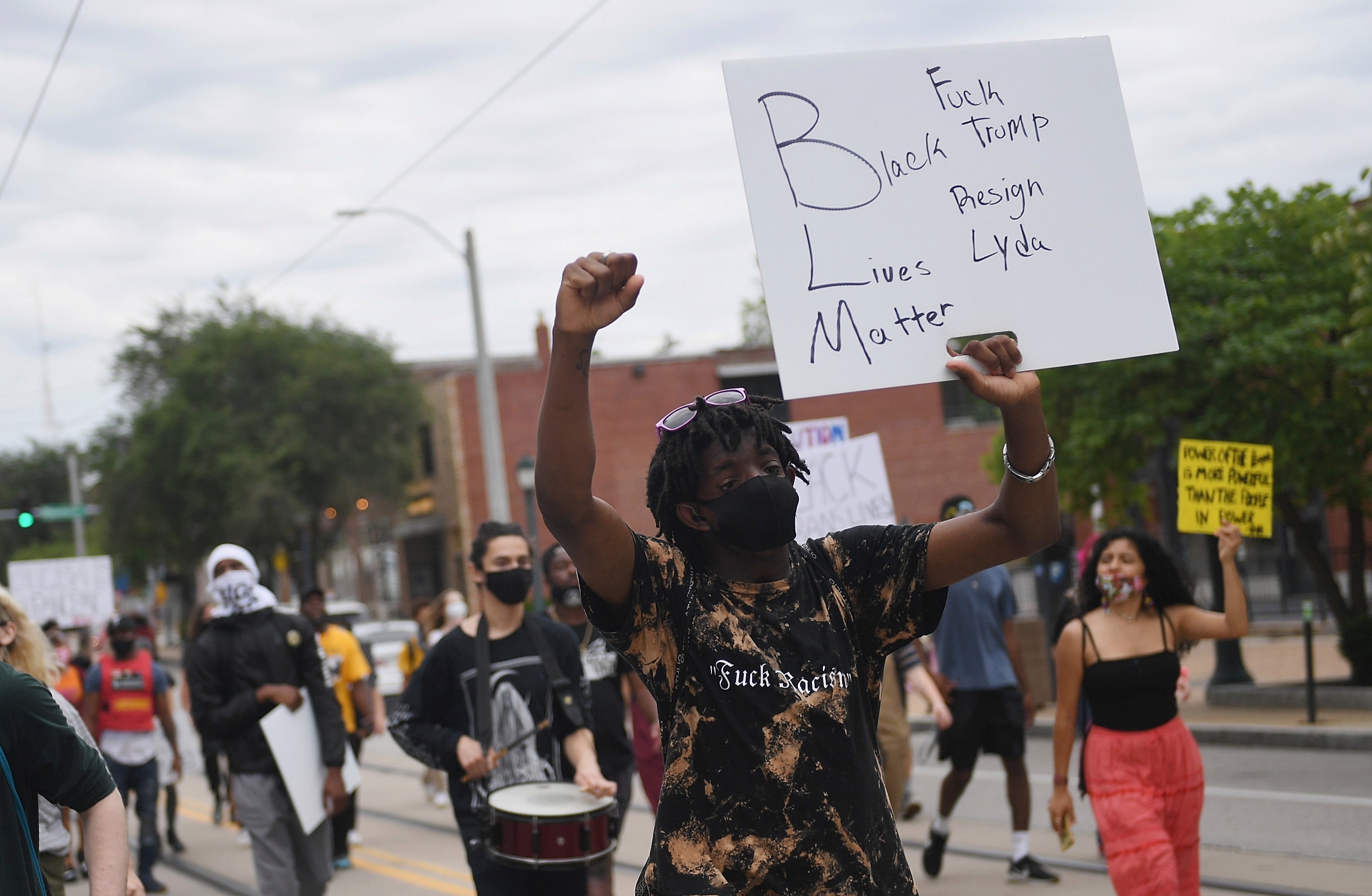 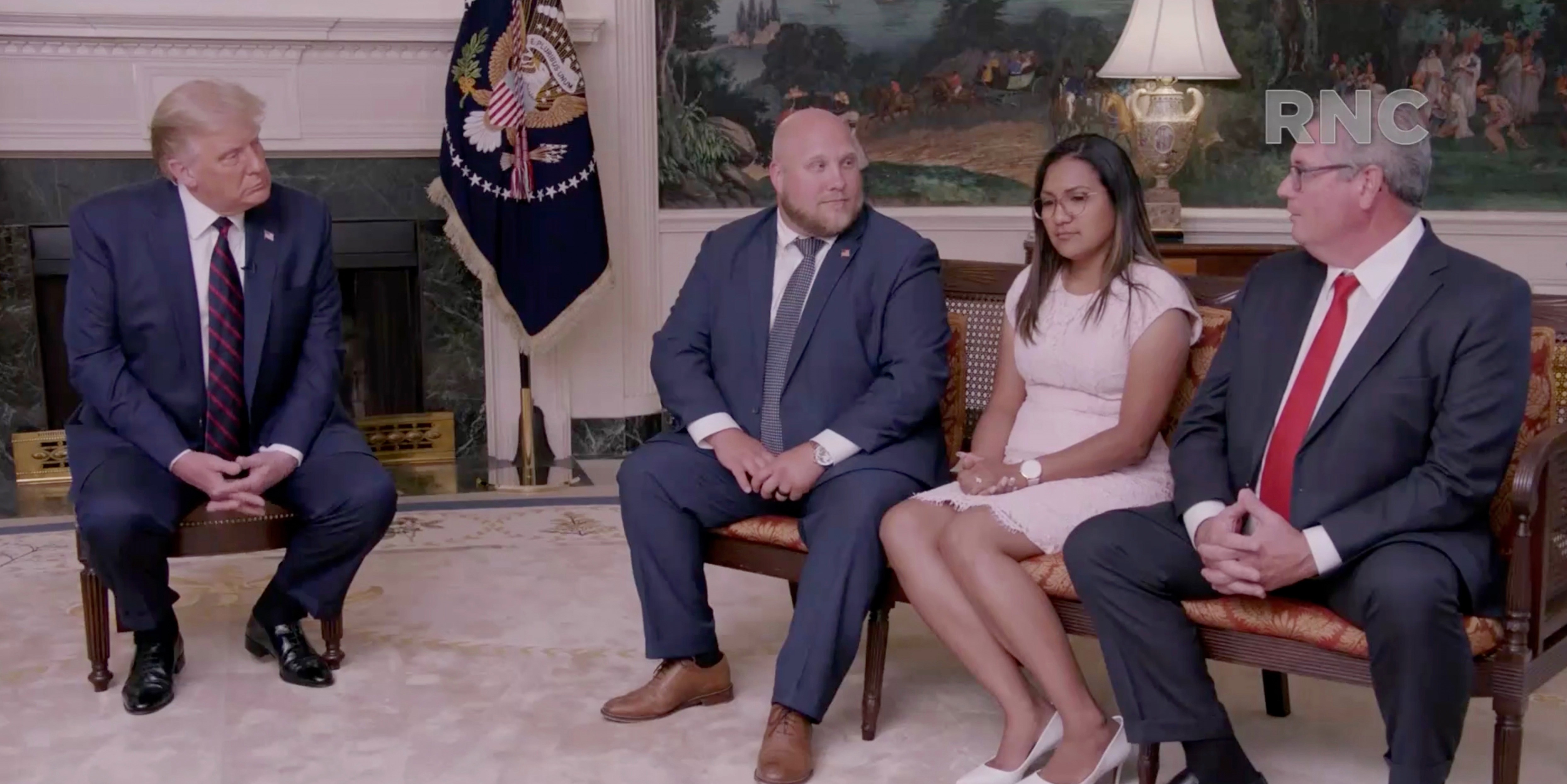 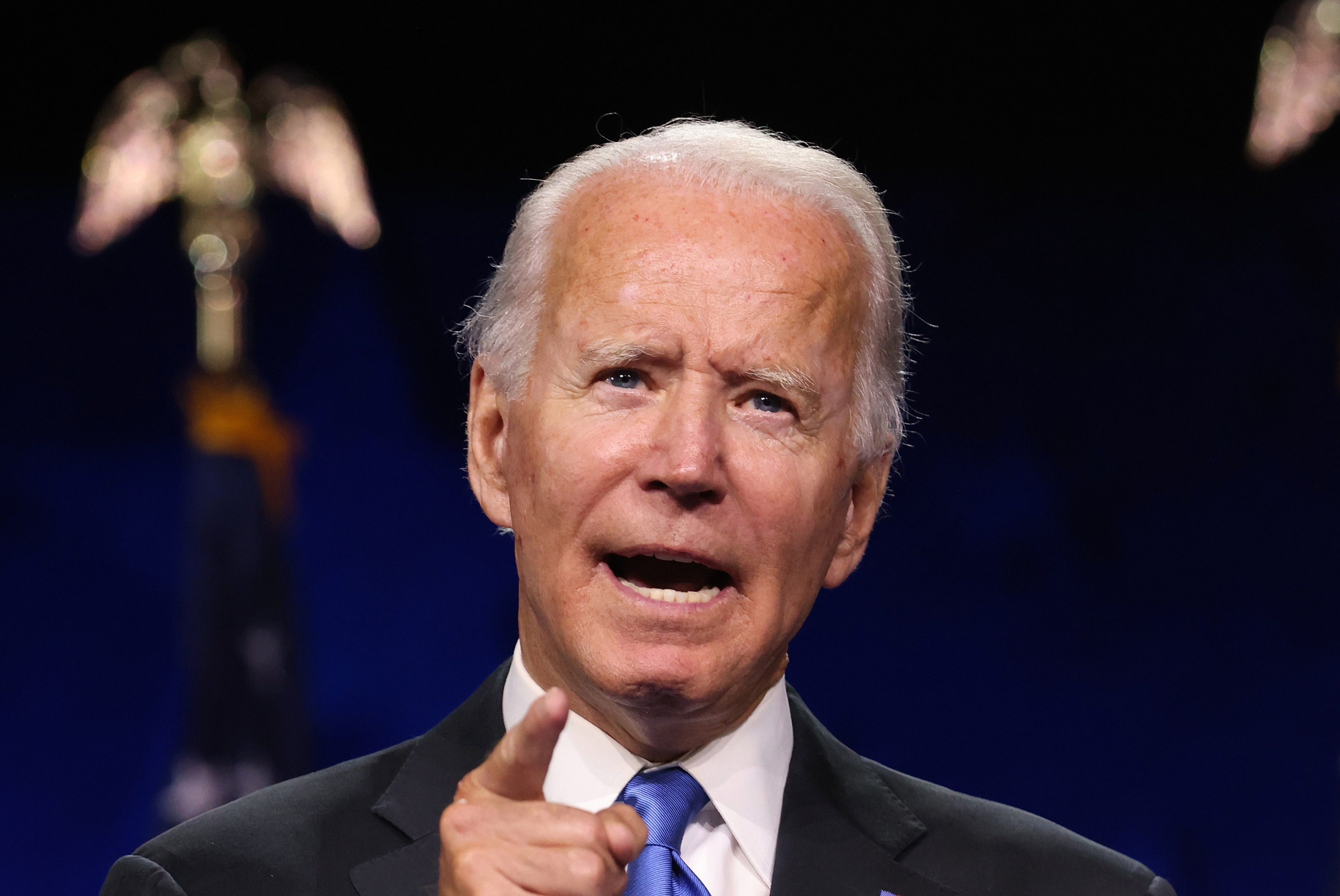 "And these people were standing there, never used it, and they were legal, the weapons.

"And now I understand somebody local, they want to prosecute these people," he added. "It's a disgrace."

Trump has since been critical of their treatment and has spoken out in defense of the couple.