A TIKTOK video has gone viral featuring a spreadsheet that lists a friend groups' individual incomes and availability for travel.

The video, which has over 1.7million views, has the internet angry over "Broke Bobby." 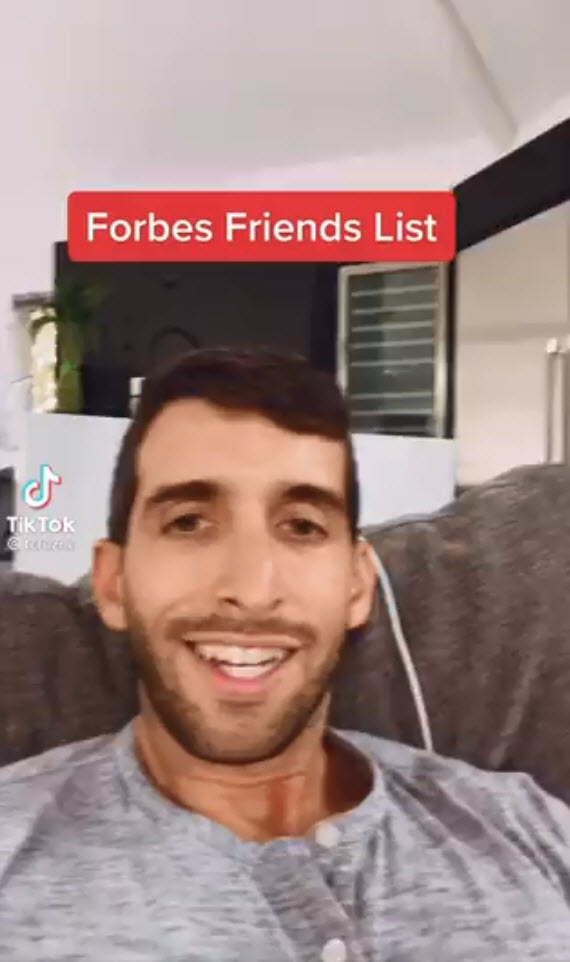 A viral TikTok video revealed "Broke Bobby" has the lowest income amongst his friends.

In other sections of the spreadsheet, his responses are as follows:

The internet is arguing that $125,000 should not be considered “broke.”

Users are asking why “Broke Bobby” is willing to spend more money on a three day trip than a seven day trip. 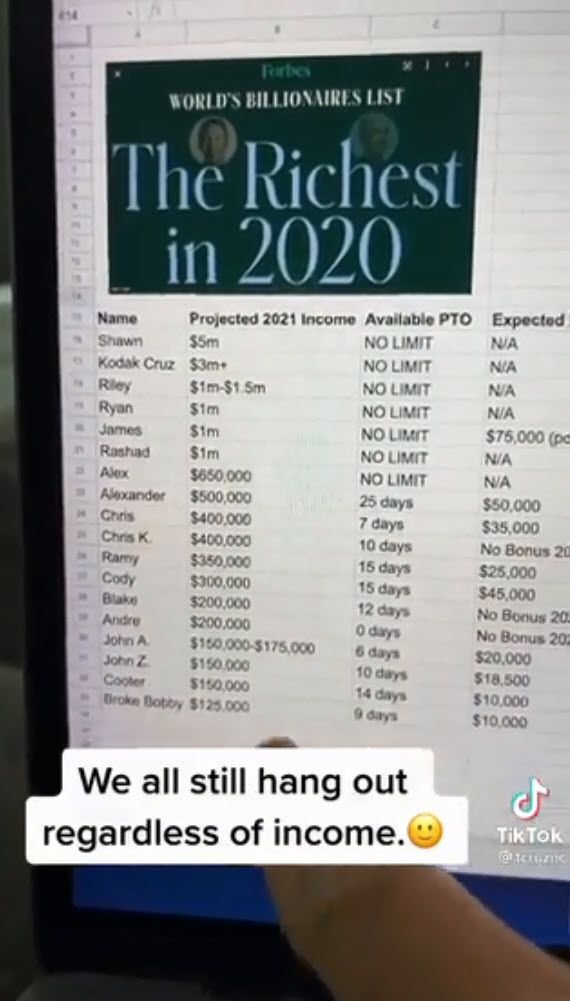 What’s the TikTok video about?

A TikTok user @tcruznc begins the video introducing the spreadsheet that he and his friends created. “Forbes Friends List” is typed out at the top of the clip.

“A few years ago me and my friends started making a spreadsheet breaking down our incomes and availability for travel,” the TikToker said.

“This is incredibly helpful.”

The spreadsheet, titled: "Forbes World’s Billionaires List” and “The Richest in 2020” includes 18 friends.

In the video, the TikToker writes, “We all still hang out regardless of income."

A few seconds later he types, “But certain trips some friends can’t make it. And that’s ok.”

He also notes: "Yes I have more friends that make less, but Forbes list starts at 6 figures."

He concludes the video saying that the “list is very pragmatic” and “motivational” that allows the friend group to avoid “awkward situations” especially for things like “gambling or spending a lot of money.”

“It works for us”

How is the internet responding?

The viral video has over 1.7million views on Twitter and users are chiming in.

These are some of the responses the video has received:

“Those that make less are called the ‘Welfare 10.'”

“Thats dope but I personally wouldn't be comfortable giving out that much information even to friends. My full name, my annual income, my pto, my bonuses, & my gambling habits? Thats a lot of personal information to share I'm sorry. I don't trust nobody that much. Dope concept tho.”

“I’m sorry but if that’s what you call broke for ‘broke bobby’ then I must be homeless lmao.”