This is the incredible moment a wildebeest evades one lionness before leaping over two others – and then four more appear and he escapes them too.

The escape was photographed by Bonga Njujula, head guide at Rhino Post Safari Lodge at the Kruger National Park in South Africa, and was also caught on film.

Footage shows the animal running quickly and feinting to the left to evade a swipe from the first lionness, before he leaps over two others and escapes across a river as four more lionesses join the chase. 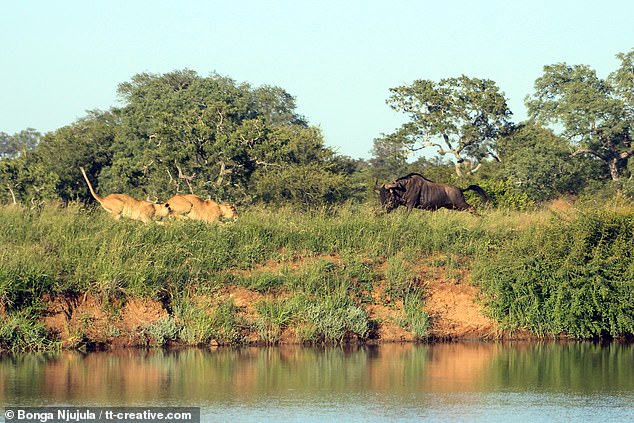 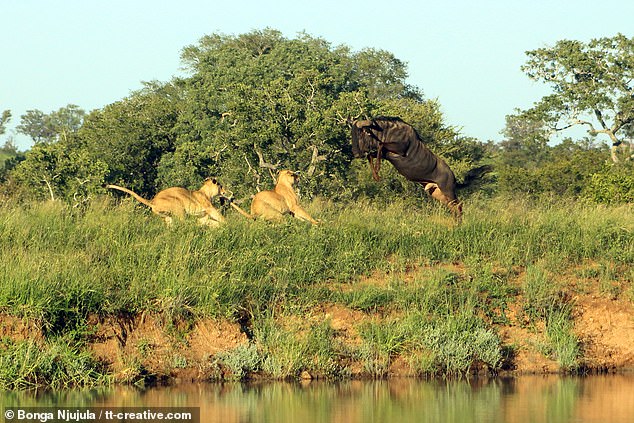 People filming exclaimed ‘my God’ when the wildebeest leaped over the lionesses.

Once it had got past them, it charged into the river and reached the other side before running quickly again as the lionesses – four more had been hiding in the grass – followed close behind.

The first of these incredible pictures show the wildebeest as he stumbled into the path of two hungry lionesses. 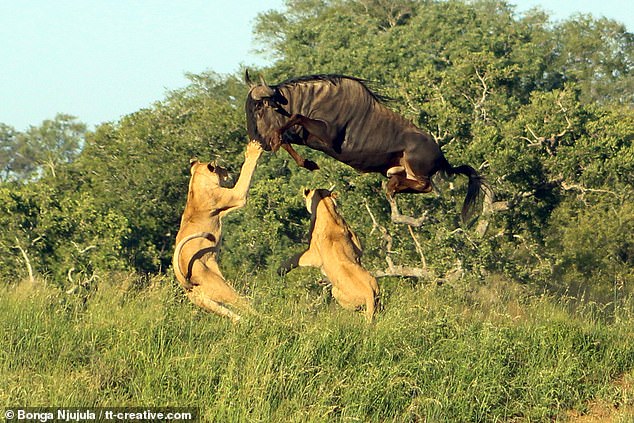 The pictures were shot by Bonga Njujula, head guide at Rhino Post Safari Lodge at the Kruger National Park 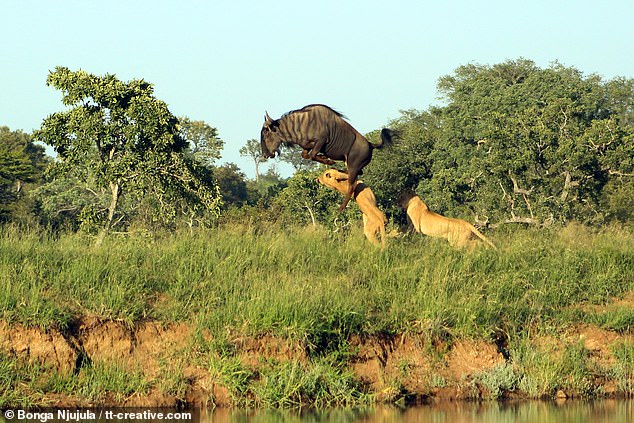 But just as the killer beasts are about to pounce, the wildebeest beat them to it and launched himself at them.

The animal flew over the lionesses’ heads as one of them clawed up at him with a huge paw.

But the wildebeest had a formidable weapon of his own – a massive kick – and as he lashed out a rear hoof, it caught the unfortunate hunter square in the face, no doubt denting her pride. 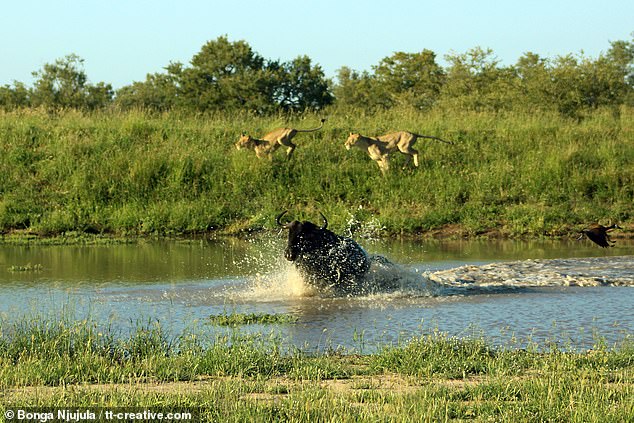