LONDON (Reuters) – Andrea Leadsom believes her pitch for a sensible Brexit will not only break the impasse over Britain’s departure from the European Union but also open the door to Downing Street for her to become prime minister.

One of 10 contenders to replace Theresa May, the former leader of Britain’s lower house of parliament says she has learned from her first attempt to win the top political job in 2016. Then, a misjudged comment about how being a mother better equipped her for the role helped kill off her campaign.

Leadsom is positioning herself as “an optimistic yet realistic Brexiteer”. Making Britain’s EU departure on Oct. 31 a “hard, red line”, she is pushing a so-called “managed Brexit” with legislation to protect EU citizens, British territory Gibraltar and to protect trade in goods.

It pits her against the other Brexit-supporting candidates for the leadership of the governing Conservative Party, with favorite Boris Johnson also pressing hard to leave at the end of October but with or without an agreement with the bloc.

For critics, it seems fanciful. The EU has cast doubt on agreeing piecemeal deals over an overall Brexit agreement and Britain’s parliament has shown little desire to tread so close to what many fear is little more than a no deal departure.

But Leadsom, 56, who is third favorite to win the contest according to bookmakers, has few doubts.

“I’m incredibly confident because what I’m talking about is introducing two bills to parliament … that contain the really sensible measures that are so clearly in the UK’s interests and the EU’s interests,” Leadsom told Reuters.

“So anybody who says ‘Oh well you just won’t get it through, no one will vote for it’, that’s to assume that … politicians in the EU and parliamentarians in the UK literally don’t want to help their fellow man.”

Almost three years since voting to leave the EU, Britain is no clearer on how, when or even whether Brexit will happen. Parliament has rejected a deal negotiated with the EU three times and there is little agreement among lawmakers on Brexit.

All the contenders vying to replace May have different solutions to the impasse, but Leadsom said her experience managing the government’s business in parliament would give her the edge in forcing politicians to move from their increasingly entrenched positions.

She has her work cut out. Many pro-Brexit Conservatives are reluctant to back what they call her Brexit-lite solution while EU supporters in the party see it as little more than no deal.

At a private hustings on Monday, one Conservative lawmaker said her pitch was “heard politely”. 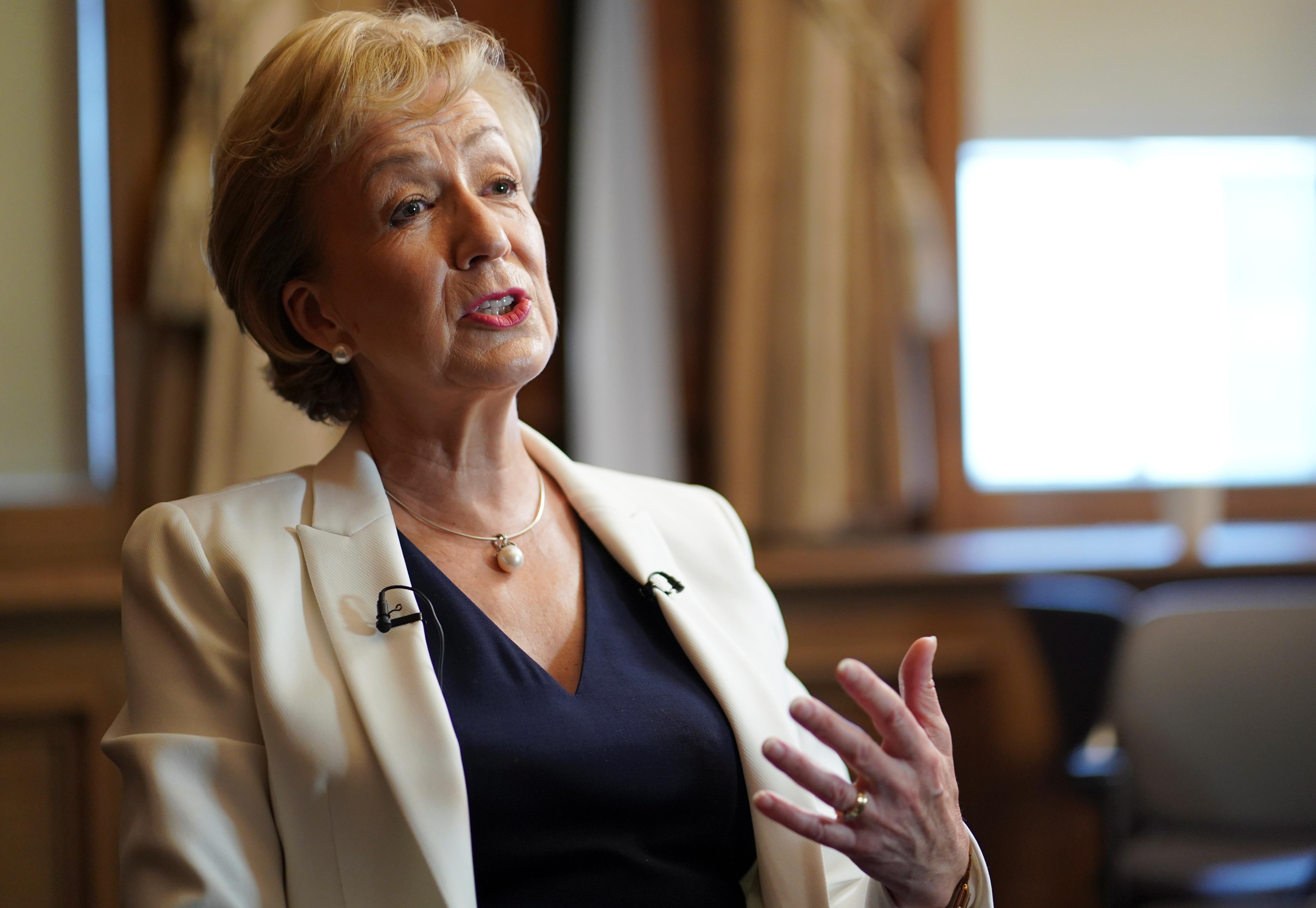 But promising not to withdraw this time round from the contest after she handed the leadership to May in 2016, Leadsom said she would tackle parliament and suggested she might override parliament if it becomes intractable.

“The legal default position is we leave the EU on the 31st of October without any arrangements in place, so if parliament literally wanted to vote down that we resolve the uncertainty for citizens … then that is a choice for parliament,” she said.

“But in all circumstances we do have to leave the European Union and move on so we can start talking about some of the amazing future that lies ahead of us.”