A woman was recording an argument with her husband on her cell phone when she fell to her death in a St. Louis parking garage earlier this month.

Allissa Martin was found dead on the ramp of a parking garage near Busch Stadium on June 2, according to a probable cause statement. Martin’s husband, Bradley Jenkins of Taylorville, Illinois, was arrested and charged with one count of third-degree domestic assault following the incident and was held on $100,000 cash bond, according to the St. Louis Metropolitan Police Department. 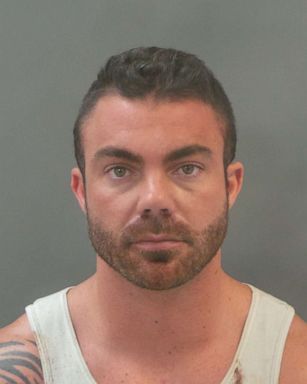 The officers who responded to the 911 call about Martin’s fall arrived at the garage and found Jenkins covered in blood and “straddling [Martin’s] body,” the statement said, adding that Jenkins was “agitated and appeared to be intoxicated.”

The statement said Martin’s cell phone was still recording when it was found on the seventh floor of the garage above where she was found. The video shows Martin pointing the phone’s camera at herself before turning it around to show Jenkins, according to the statement. The two are heard arguing in the video and Martin can be heard yelling at Jenkins to “quit punching her in the face,” the statement said.

Martin eventually drops the camera and, with it still recording, you can “hear her scream as she falls and…hear the thump of her body hitting the ground,” the statement said.

Jenkins said he and Martin got married in Las Vegas on May 22, according to the statement. The statement said Jenkins told “several lies” when he was interviewed, including that he was never on the rooftop with Martin and that their argument was never physical — both claims have been refuted by the video.

Jenkins’ attorney, John Roberts, would not comment to ABC News about the case due to ongoing litigation.

The Illinois Department of Corrections said in a statement that it was “deeply saddened” by Martin’s death and expressed its “most heartfelt thoughts and condolences to her family.”

The probable cause statement said an autopsy would be conducted on Martin and an investigation into whether Jenkins should be charged with her death was ongoing.