A terrified woman was forced to duck for cover after a stampede of kangaroos bounced towards her at a popular lookout.

Emilie Kenny, 27, made her way to scenic Cape Bridgewater in Victoria on Monday about 1.30pm with the aim of seeing a seal colony.

After parking her car and setting off on foot, she was then confronted by a pack of close to 20 kangaroos. 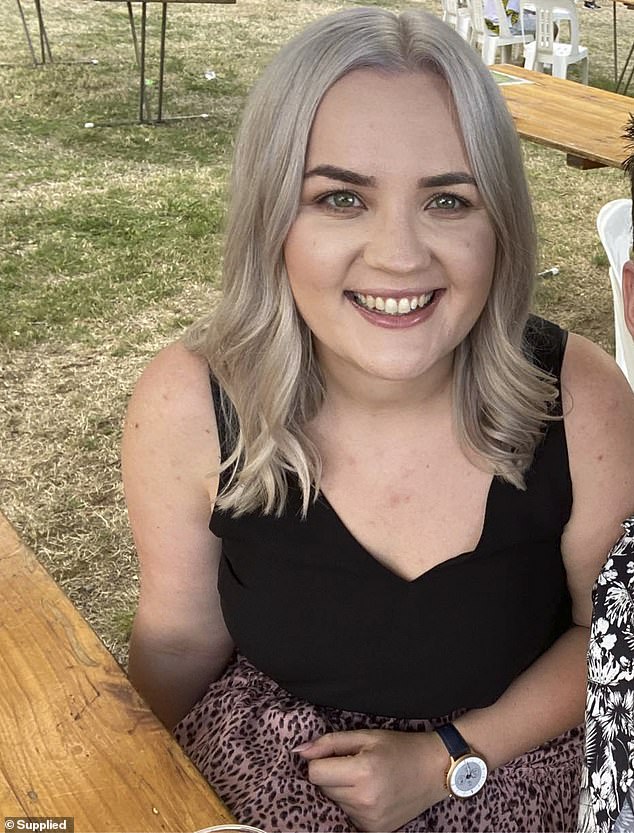 ‘I’m on annual leave at the moment, I was actually supposed to be at the snow.

‘It is an experience I won’t forget in a hurry, I was a little worried one (kangaroo) might crack the s**ts and charge at me.

‘I just made sure I stayed out of the way, my friends and family all think it is hilarious.’

Ms Kenny sets the scene in her video, declaring ‘just in case I die there is a stampede of kangaroos coming towards me’.

After muttering a few understandable obscenities, she quickly composes herself and hides in a nearby shrub as up to 20 kangaroos head in her direction. 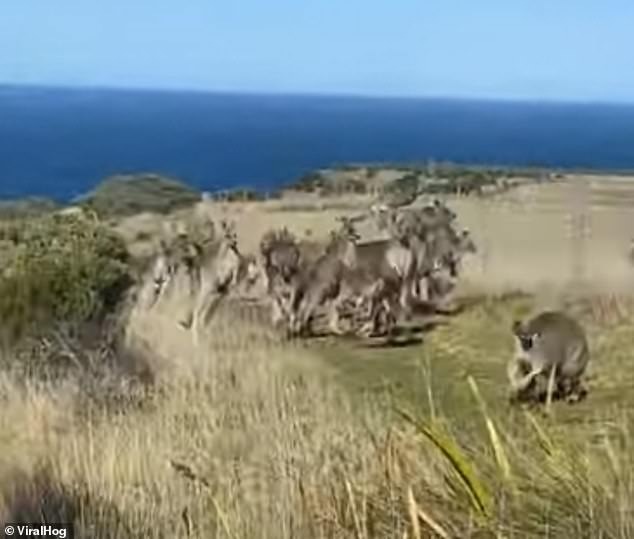 Ms Kenny then expresses concern about being ‘kangaroo kicked in the face’ – but the roos all bounce over a nearby fence metres away after being collectively startled.

‘I put the video on my Snapchat and my Instagram stories and then was approached by someone wanting to post it on You Tube,’ she said.

‘Despite what happened, I will probably go on that same walk again, the views are great.

‘I’m also thankful nothing happened to any of the kangaroos, the cliff face wasn’t that far away.’ 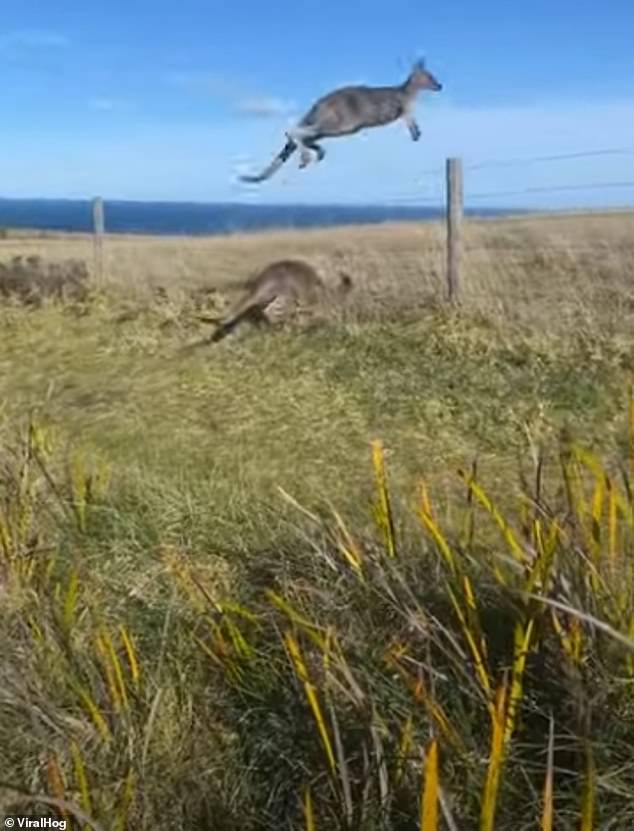 The bank manager hid in nearby bushes, with the kangaroos (pictured) just metres away

What to do if approached by a kangaroo in the wild

*Turn your body sideways, exposing a narrow profile to the animal and protecting your face and organs

*Retreat, but do not turn your back and run

*Give a short, deep cough, and crouch down as you move away. Make it known you are not a threat

*As a last resort, if you can’t escape an attacking kangaroo, roll up into a ball on the ground with your arm covering your neck and call for help

*Try to roll or crawl away to a safe place