A woman in her 70s whose husband was killed in a car crash remains in hospital after Jeremy Clarkson complained about the ensuing road closure.

A group of cars said to have been racing through west London crashed into the pensioners’ car in the early hours of Saturday morning, killing a man in his 70s and seriously injuring his wife.

Former Top Gear host Jeremy Clarkson provoked outrage online when he went on Twitter to whinge about how long the road was closed.

Police today said that, four days on, the woman who lost her husband remains in a stable condition in hospital. 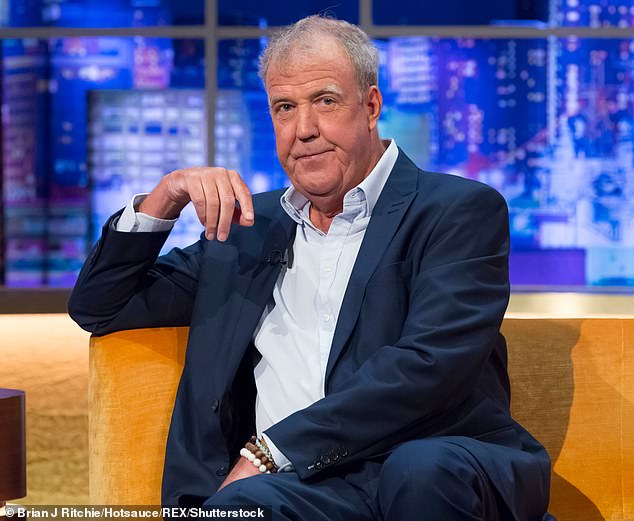 In response, several police officers invited him on a shift to see how they deal with emergencies.

One police officer added: ‘Sorry you were delayed @JeremyClarkson – perhaps you’d like to come with us and personally explain to the family of the deceased that we didn’t investigate the death of their loved one thoroughly because you wanted to get home? That their loss is a complete irrelevance to you?’

Three people have been arrested for dangerous driving with police saying nine vehicles had appeared to be racing before the collision.

Several people also responded to Mr Clarkson and accused him of insensitivity following his tweet.

One said: ‘I think you need to see the impact and result of a serious road collision to understand that what you have said is totally inappropriate.’

Another commented: ‘I think a humble public apology is in order, that tweet is totally disrespectful. People lost their lives family lost loved ones. Blue light services saw things they can never unsee.’

A third added: ‘Jeremy, there was a fatality. Have some compassion. A minor inconvenience for you, devastating for their family.’

However, Mr Clarkson seemed unrepentant following the criticism and wrote: ‘I’m sure it was terrible. But once the injured are sorted, the number one priority is opening the road. Blame is irrelevant.’

A Metropolitan Police update about the crash later said: ‘Detectives are appealing for information, dash-cam and phone footage after a man died when his car was involved in a collision with a convoy of vehicles that were travelling at high speed and suspected of racing along the A4.

‘Police were called at approximately 01:40hrs on Friday, 7 June to reports of a road traffic collision on the westbound carriageway of the A4 by the Hammersmith Flyover.

‘At this early stage it is believed three cars were involved in the collision. London Ambulance Service and London Fire Brigade attended. One man – aged in his 70s – was pronounced dead at the scene.

‘His partner, a woman aged in her 70s has been taken to hospital where she remains in a stable condition.

‘Three people, two men and a woman, were arrested at the scene on suspicion of dangerous driving. 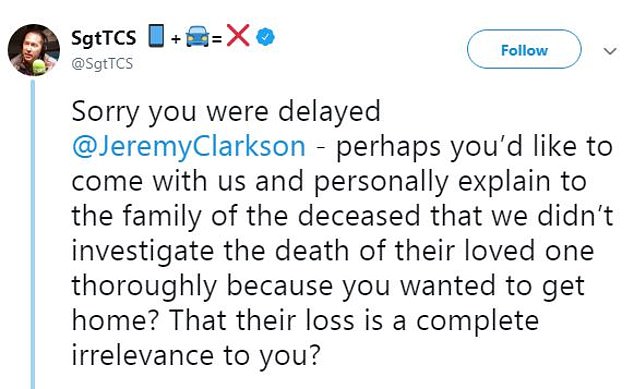 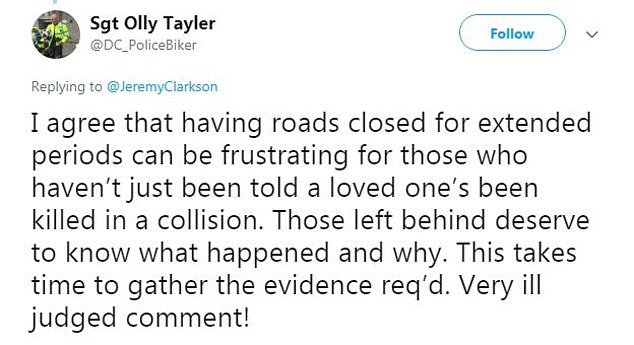 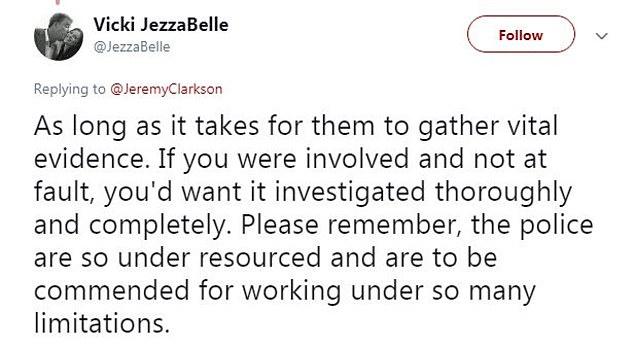 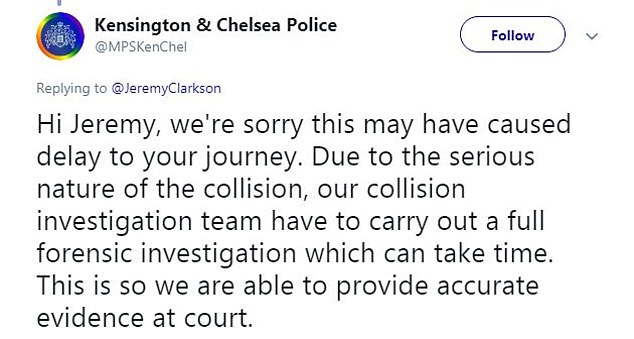 ‘Another man who fled the scene after the collision subsequently presented himself to police and has also been arrested on suspicion of dangerous driving.’

DC Liam Kerrigan from the Serious Collision Investigation Unit said: ‘Our initial enquiries have established that up to nine cars were travelling at high speed at the time of the collision. They appear to have been in convoy and may well have been racing.

‘The man who tragically died was an innocent member of the public, driving home with his wife and following the rules of the road.

‘We need to hear from the other drivers involved, other motorists and eye-witnesses in the area who saw what happened, or have dash-cam footage of what exactly took place at the time of the collision, or in the minutes along the A4 beforehand.

‘I would urge those who were driving as part of this convoy to search their conscience and get in touch with police about what has happened.’