THIS is the stomach turning moment a woman discovered a dead “baby chick” inside her fried egg.

The video on TikTok shows a small visible embryo that was growing on the side of a cracked egg yolk in a frying pan. 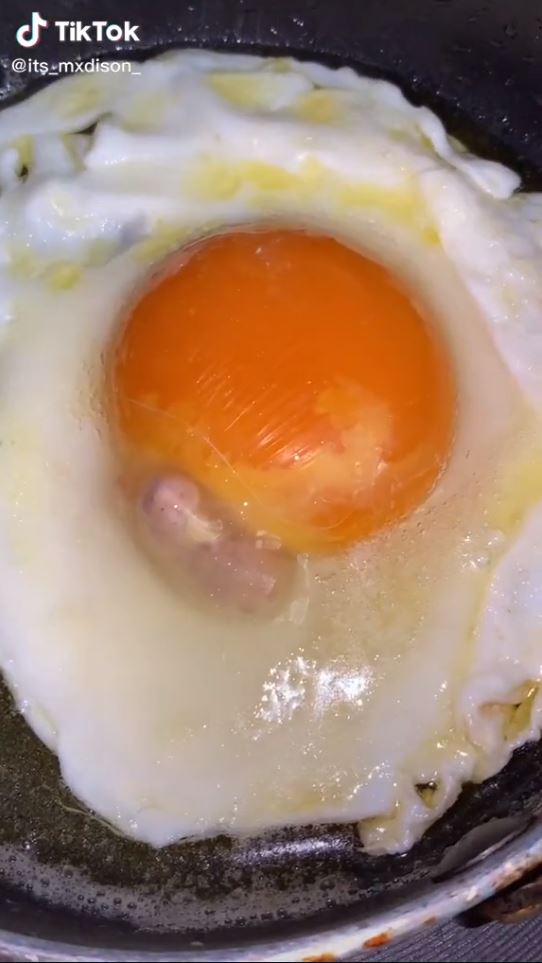 The user called 'its_mxdson' captioned the post online as “what if this,” followed by a number of keywords including ‘eggs,’ ‘vomit,’ ‘oh no,’ and ‘help.’

In the video she starts to zoom in on the strange-looking egg saying “I cracked an egg.”

When the camera gets closer, the horrified woman says “what the fuq is this,” as she notices the embryo growing on top.

She then adds “I am now officially put off eggs.”

The user then proceeded to post a follow up video that shows her burying the deceased ‘baby chick.’

With the woman situated in what looks to be a back garden or plot, she is seen zooming in on the embryo filled egg that is now placed in the dirt. 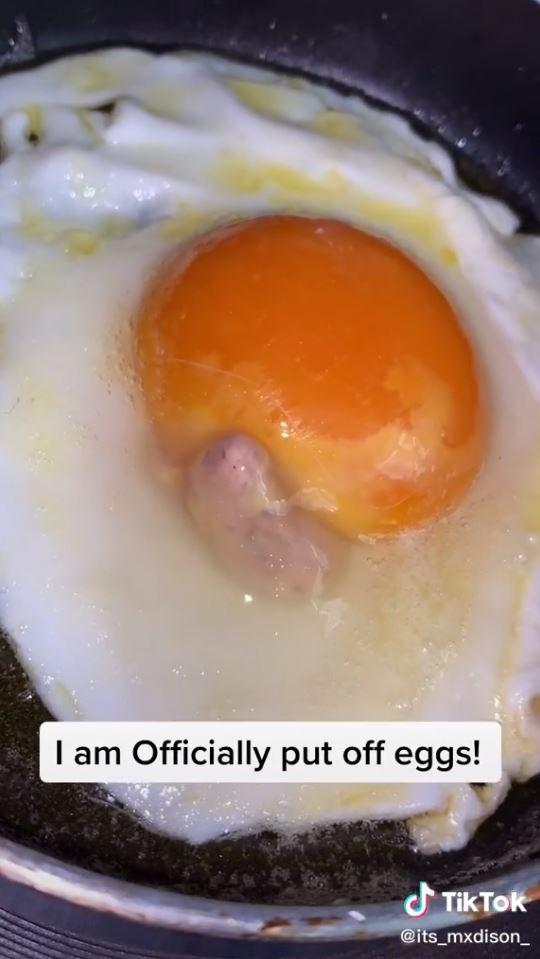 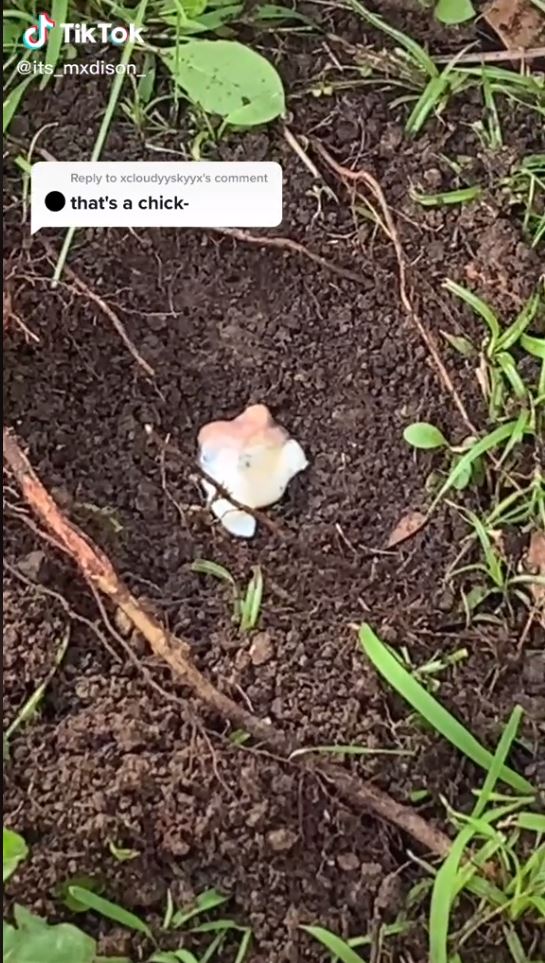 Both her posts have now gained traction online with the original video liked more than 104,000 times.

Many shared in the woman’s horror following the stomach turning discovery on the fried egg.

One put: “This is my worst fear when cooking eggs.”

Whilst another added: “Time to go vegan.”

A third user questioned where the woman got her eggs from claiming “fertilized eggs are extremely rare to come by if bought commercially.”

She added: “Did you get it from a farm?”

It can take up to 21 days to successfully incubate and hatch a baby chicken, according to purinamills.com. 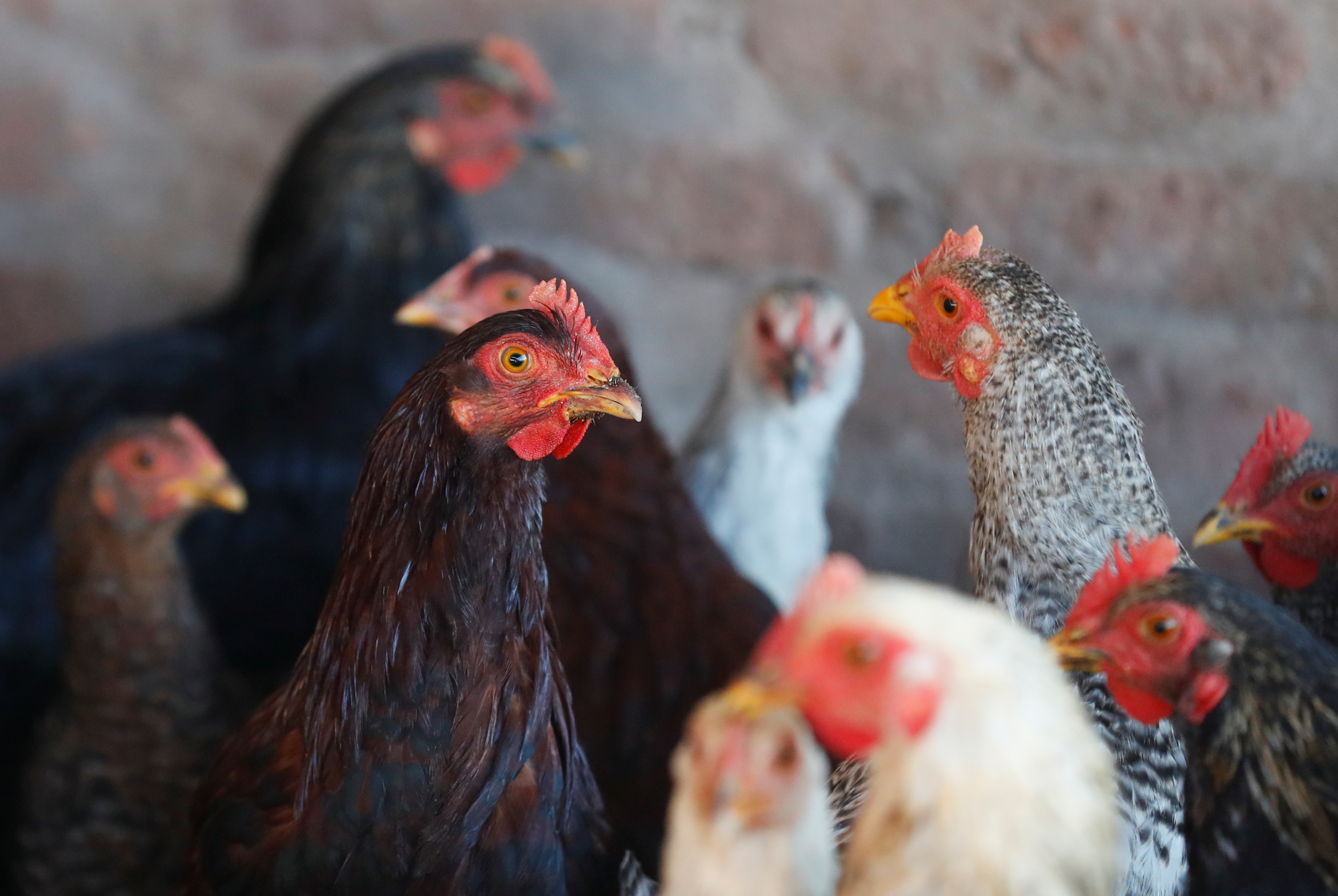