MASKED muggers knocked a mum unconscious and left her "scarred for life" as they tried to steal her husband’s £15,000 Rolex in London's posh Mayfair.

Darren Seaman, 53, and his wife, Laura, 45, were attacked by three 6ft thugsin black balaclavas after a night out at celebrity restaurant Sexy Fish. 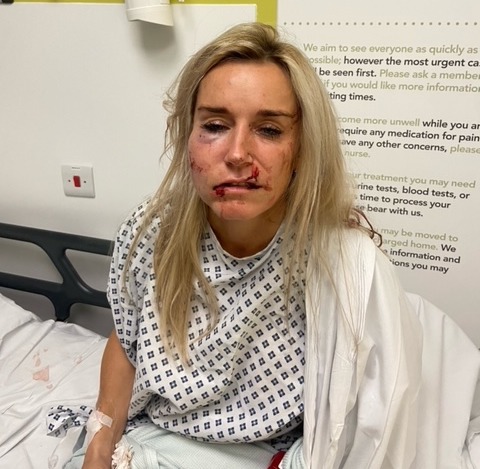 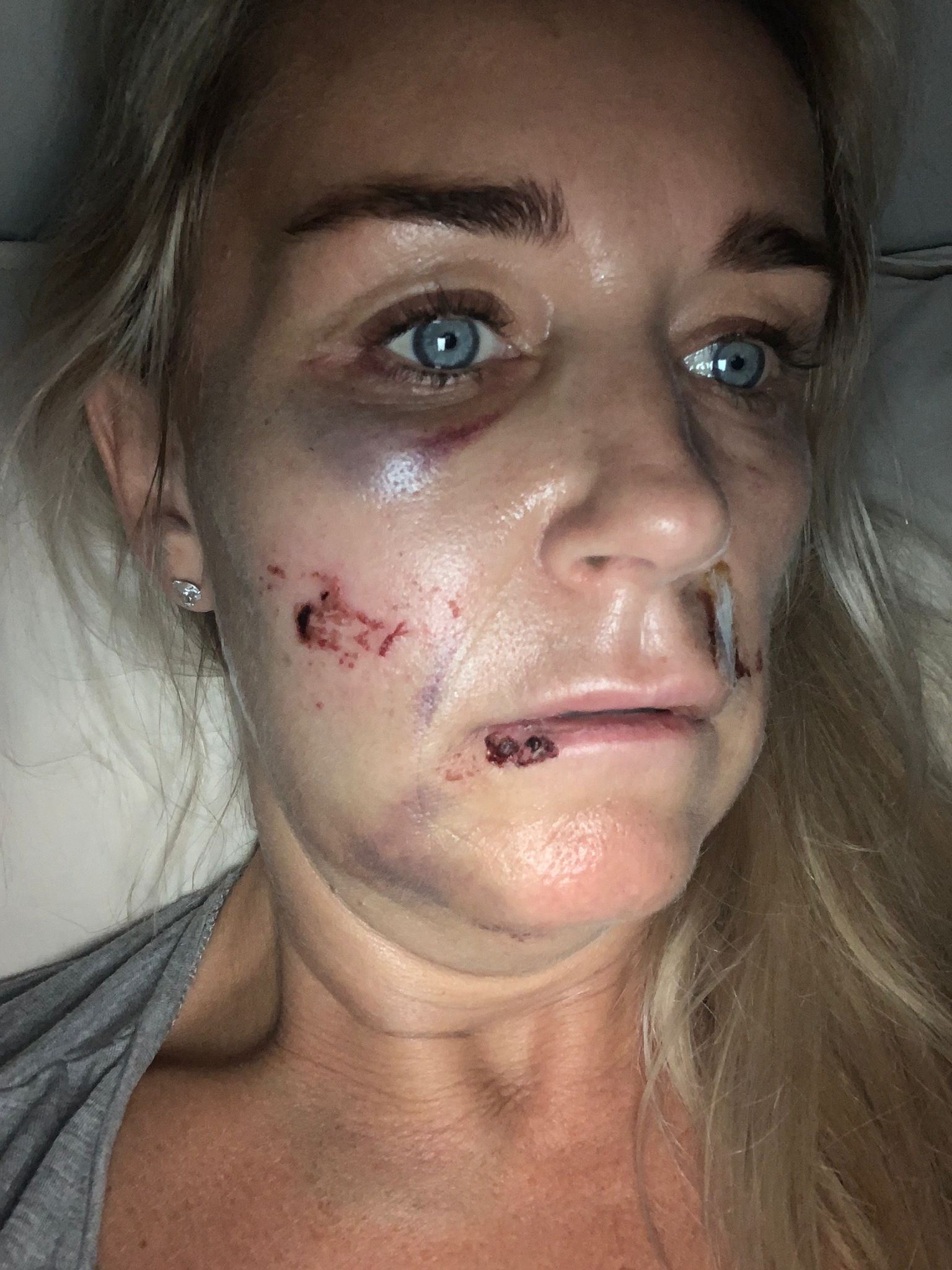 Laura was left covered in blood and needed 14 stitches in her lip after being punched in the face by the callous gang near Berkeley Square.

Dad-of-two Darren, from Southend-on-Sea, Essex, said he “thought she was dead” as he held his wife after she was brutally knocked to the pavement.

The masked mob had leapt on Darren and tried to rip his submariner watch from his wrist as the couple walked back to the five-star Langham Hotel with two pals around 2.15am on Sunday.

As Darren fought back and grappled with the assailants, 5ft2in Laura bravely raced over to defend her husband from the muggers as they swarmed him.

Darren, the director of a roof tiling company, told Sun Online: “I had three 6ft, masked-up, hooded-up guys coming towards me.

“They came at me. One went for my watch. I was windmilling with him. The other two came round. I was attacked. It was terrible.

“As I was fighting with this one, Laura said: “Leave my husband alone.” Then one of the others hit her.

“It was horrendous. I think she got hit twice. I saw her eyes go rolling back and she went down.

“By this time all three had galloped up the road. She was covered in blood. I thought she was dead.

“She was out in my arms. There was so much blood. It was like a horror film.”

It was horrendous. I saw her eyes go rolling back and she went down

A minicab driver who witnessed the attack took them to St Thomas’s Hospital after police told Darren an ambulance would take 40 minutes.

The cabbie told the couple he saw the thieves fleeing empty-handed in a Volkswagen Golf after failing to prise off Darren's Rolex.

Shocking photos show the extent of Laura’s facial injuries, which left her needing mircosurgery for stitches in her lip.

She suffered horrifying cuts and bruises to her face and neck and is now on antibiotics.

Laura, a school administrator, said: ”I don’t remember anything. They just knocked me unconscious. I’ve got stitches.

“I am annoyed the police have not even contacted us. If this happened again, what if they hit someone in a different way and killed them?Or pull a knife. I got off quite lucky.

“I am on antibiotics because my mouth stitches keep bleeding. There is an infection there. I am taking paracetamol and Ibuprofen because I am so swollen.”

I think it is disgusting. My wife is traumatised. She is scarred for life

Darren is also furious at the police response and said they “heard nothing” from the Met after the mugging,

He wants to warn revellers in central London to beware amid fears the muggers could pounce again.

It comes after a tourist was stabbed in the elbow after having his £115,000 Breguet Tourbillon watch wrenched from his arm in February, 2020 -just yards from where Darren and Laura were attacked.

Darren added: “The state of London is terrible. I haven't even had one phone call from the Met Police.

“My wife is upstairs in tears now. They cut her lip, all her neck is bruised. I was so angry. It was horrendous. They are scumbags.

“The police said they would give me a telephone statement on Monday. I have heard nothing.

“I think it is disgusting. My wife is traumatised. She is scarred for life.”

A Met Police spokesman said: "Police were called at around 02:00hrs on Sunday, 10 October to a report of an attempted robbery on Bruton Street, W1.

"Officers attended and spoke to the victims, a man in his 50s and a woman in her 40s. They reported that three men wearing balaclavas had approached them and attempted to grab a watch from the man’s wrist.

"When the woman asked them to stop, she was punched in the face.

T"he watch was not taken and the men made off in a nearby car.

"Both victims suffered injuries and were taken to hospital. They have since been discharged but will continue to need treatment.

"Enquiries are ongoing; no arrests have been made.Anyone with information is asked to call 101 with reference 840/10OCT21." 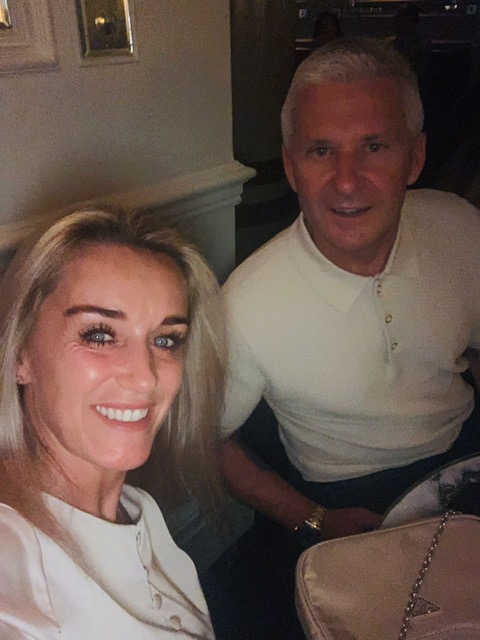 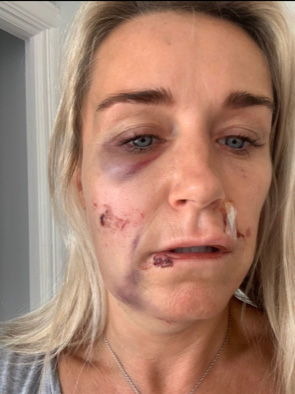 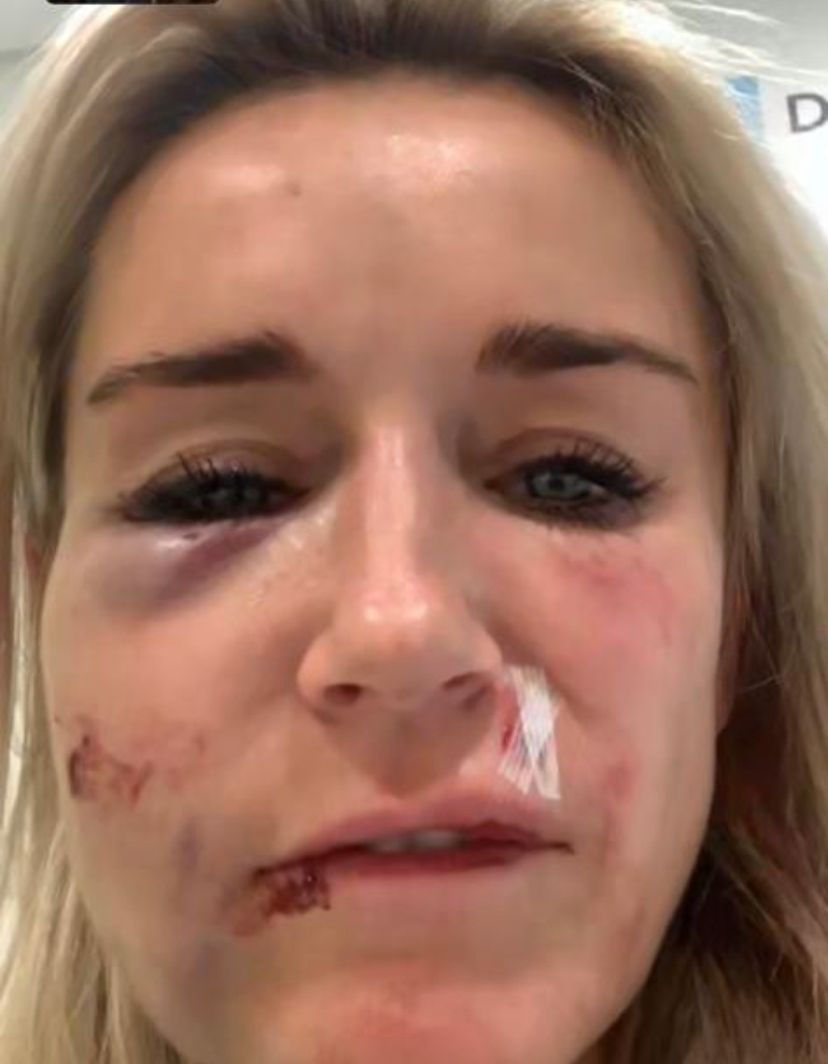 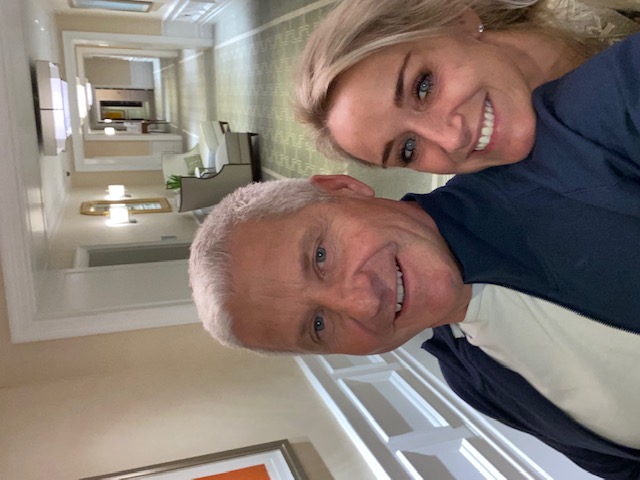