INFAMOUS millionaire playboy Travers Benyon has vowed to return to his insane non-stop partying lifestyle after being stopped by Covid.

Travers – aka The Candyman – has said strict lockdowns have forced him to take things slow, but he said it is merely the "calm before the storm". 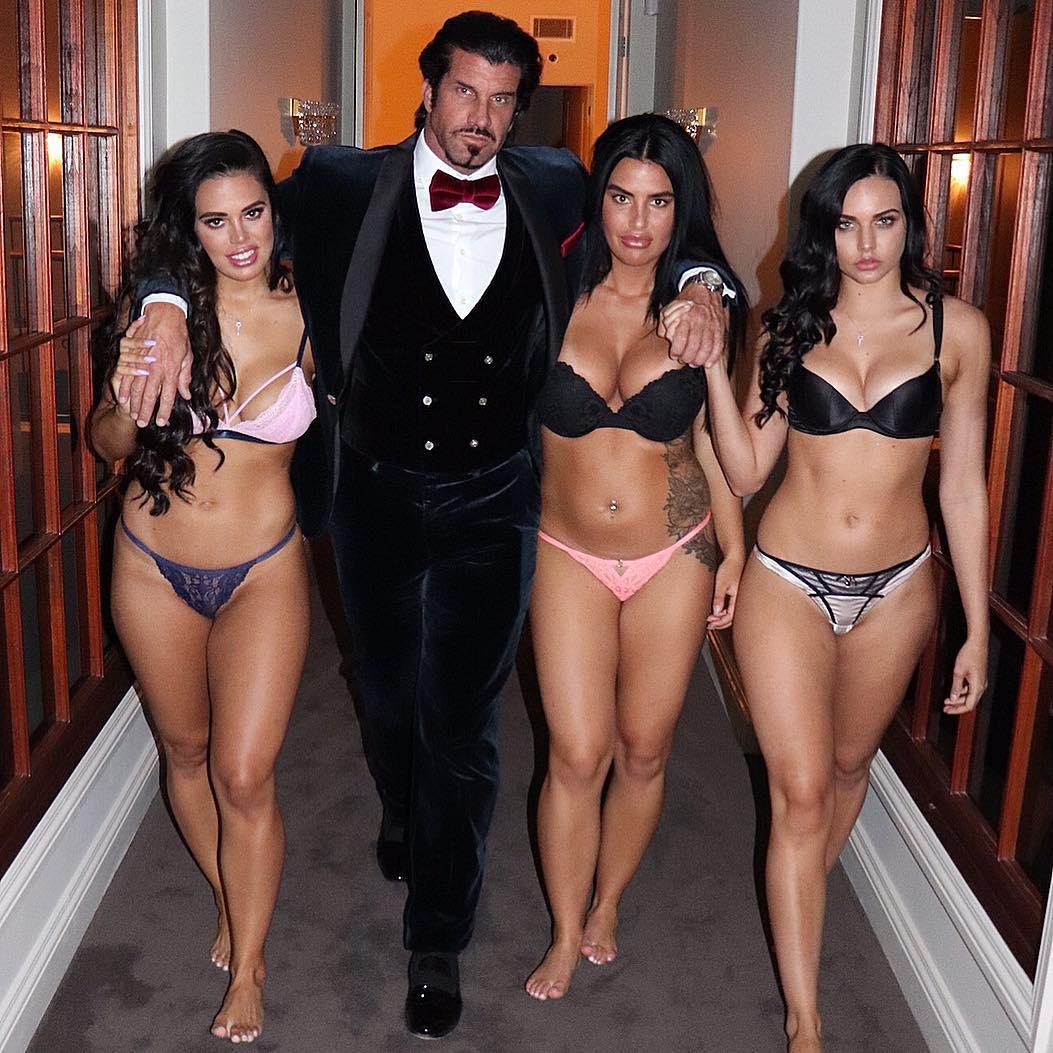 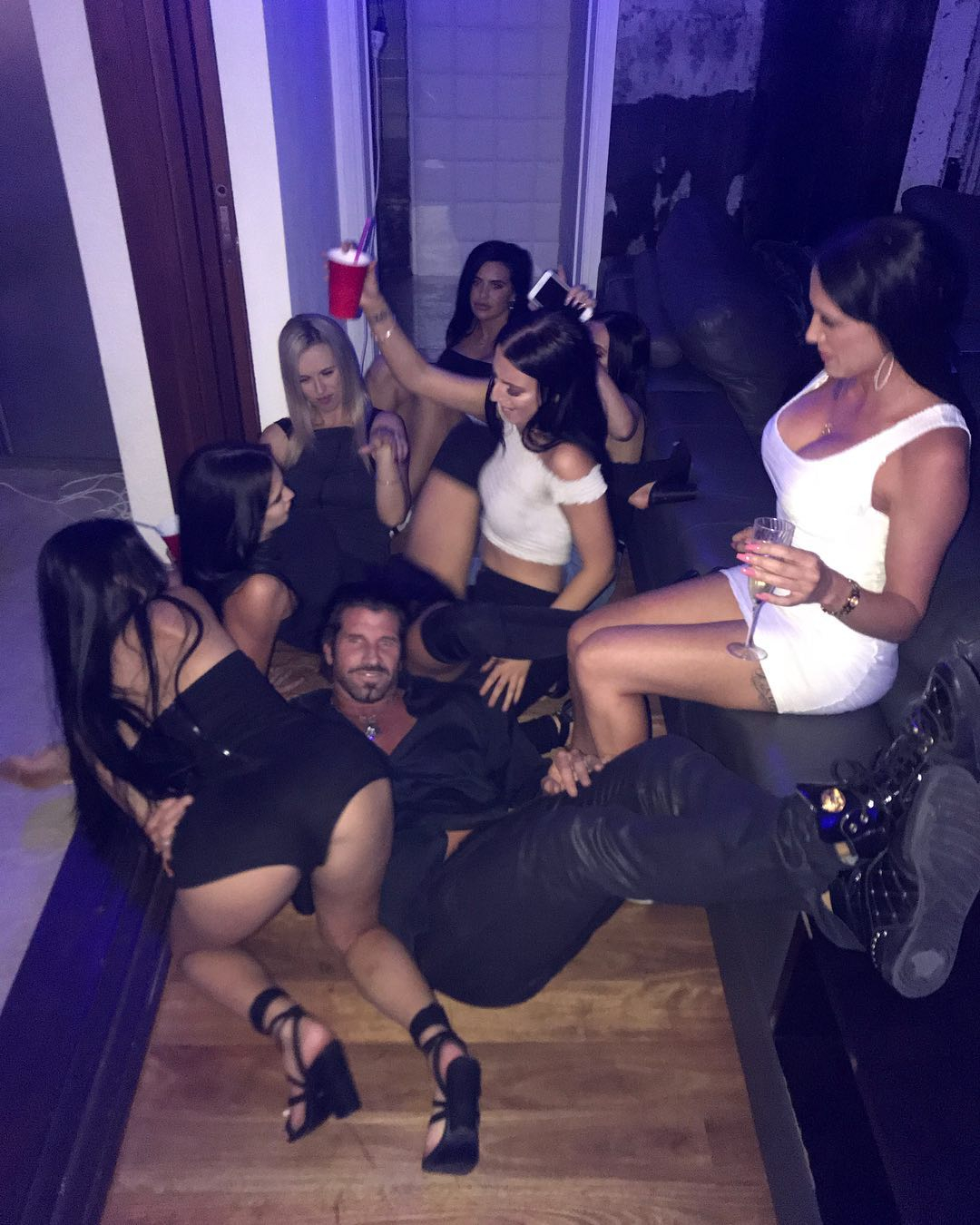 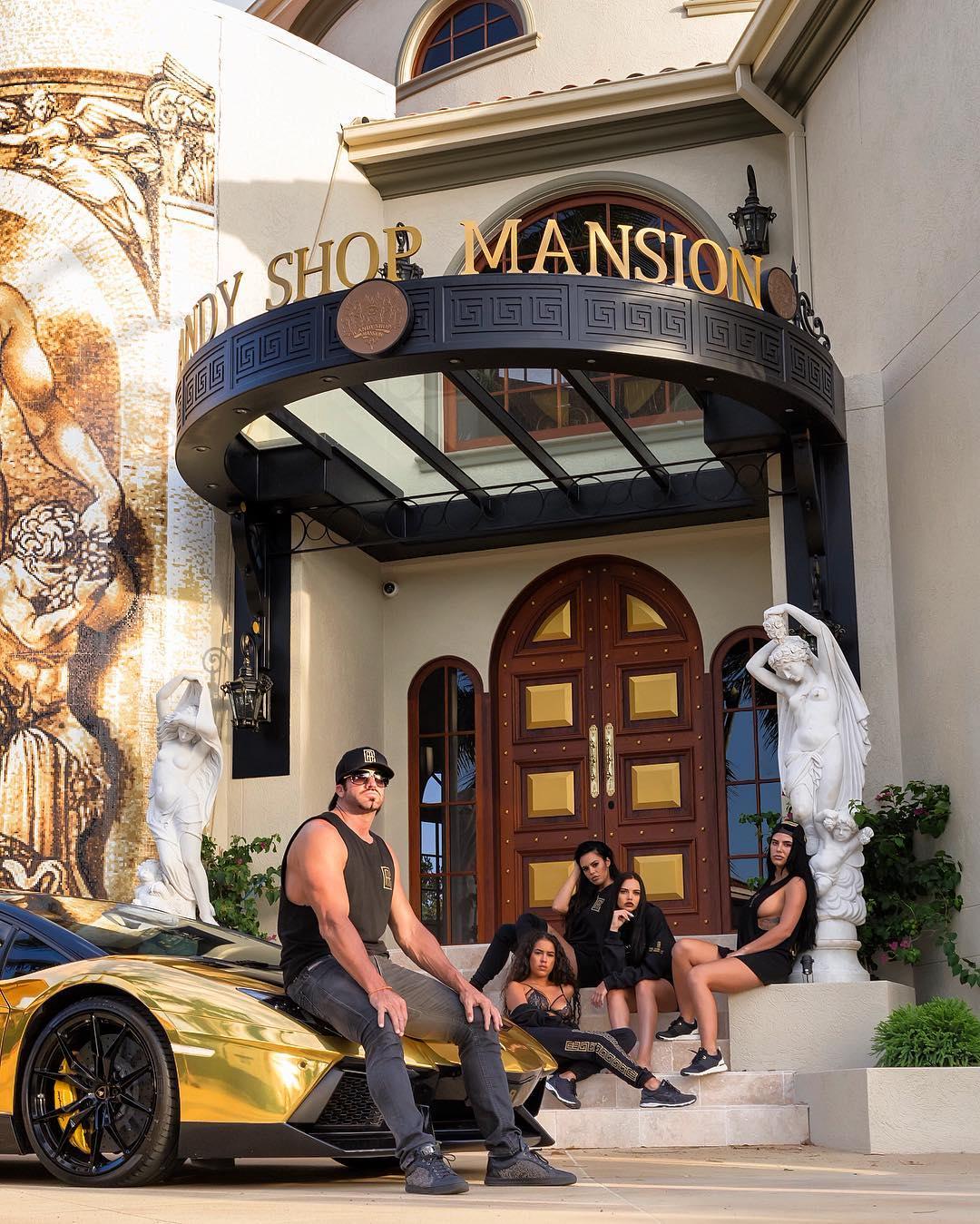 The 49-year-old tobacco tycoon explained to The Sun Online that the Covid rules in Australia – some of the world's strictest – have halted his hedonistic antics.

But he has instead used his days stuck in lockdown to focus on personal projects and family time.

Travers told The Sun ONline: “Covid restrictions have been difficult to navigate here in Australia so I have used my time to do many renovation projects to the Candy Shop Mansion.”

The ostentatious and palatial pad in Australia’s sun-kissed Gold Coast home down under has played host to countless extravagant parties.

But these days the 15-bedroom, 19-bathroom family home he shares with his wife and four children is now more sedate due to the virus.

Before the pandemic, the Instagram star’s account was full of images and videos chronicling his polyamorous lifestyle.

Travers used to be snapped sharing his bed each with "three or four" different scantily clad women and once said he was encouraged by this partner to do so.

Boris Johnson NOT expected to impose more restrictions next week

Yet now his Instagram appears to show him enjoying domestic bliss.

Despite his wild parties, he said "family always comes first, business second and then the parties”.

However, Travis said the good times will roll once again at the Candy Shop Mansion.

He said: “Consider it the calm before the storm.”

Earlier this year, Travis' 19-year model daughter, Lucciana Benyon, lifted the lid on what it was like living with her dad’s multiple girlfriends in their raunchy mansion.

Lucciana said that while some teens worry about telling their parents what they get up to, her stories are relatively tame compared to those of her tobacco magnate father.

Consider it the calm before the storm

Before Covid rules pooped his parties, bashes could cost more than £240,000 each — and feature hundreds of bikini-clad women, spectacular entertainment and endless supplies of booze and food.

Her dad is known for his polyamorous lifestyle, but while Lucciana insists that she is not into polygamy, she said it was “a lot of fun” growing up surrounded by so many women.

Despite her dad’s wild lifestyle, Lucciana said he was strict with her, and she was once grounded for three months for sneaking out without permission.

Travers has been dubbed Australia's answer to Playboy's Hugh Hefner and professional poker player Dan Bilzerian, and his parties are notorious.

They were held at his Gold Coast mansion, and 1,200 VIP guests were selected from more than 12,000 applicants to enjoy alcohol, performances and live DJ sets. 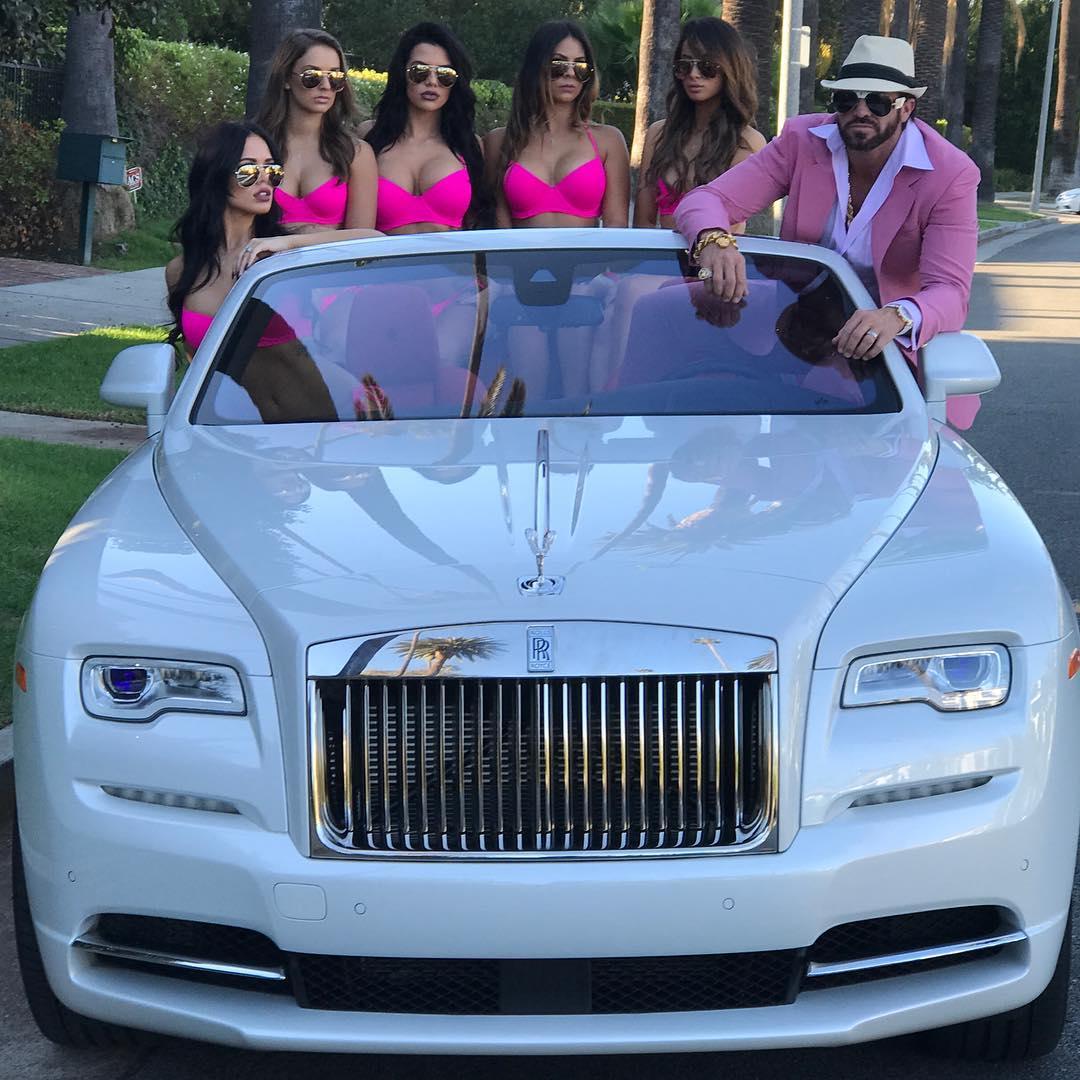 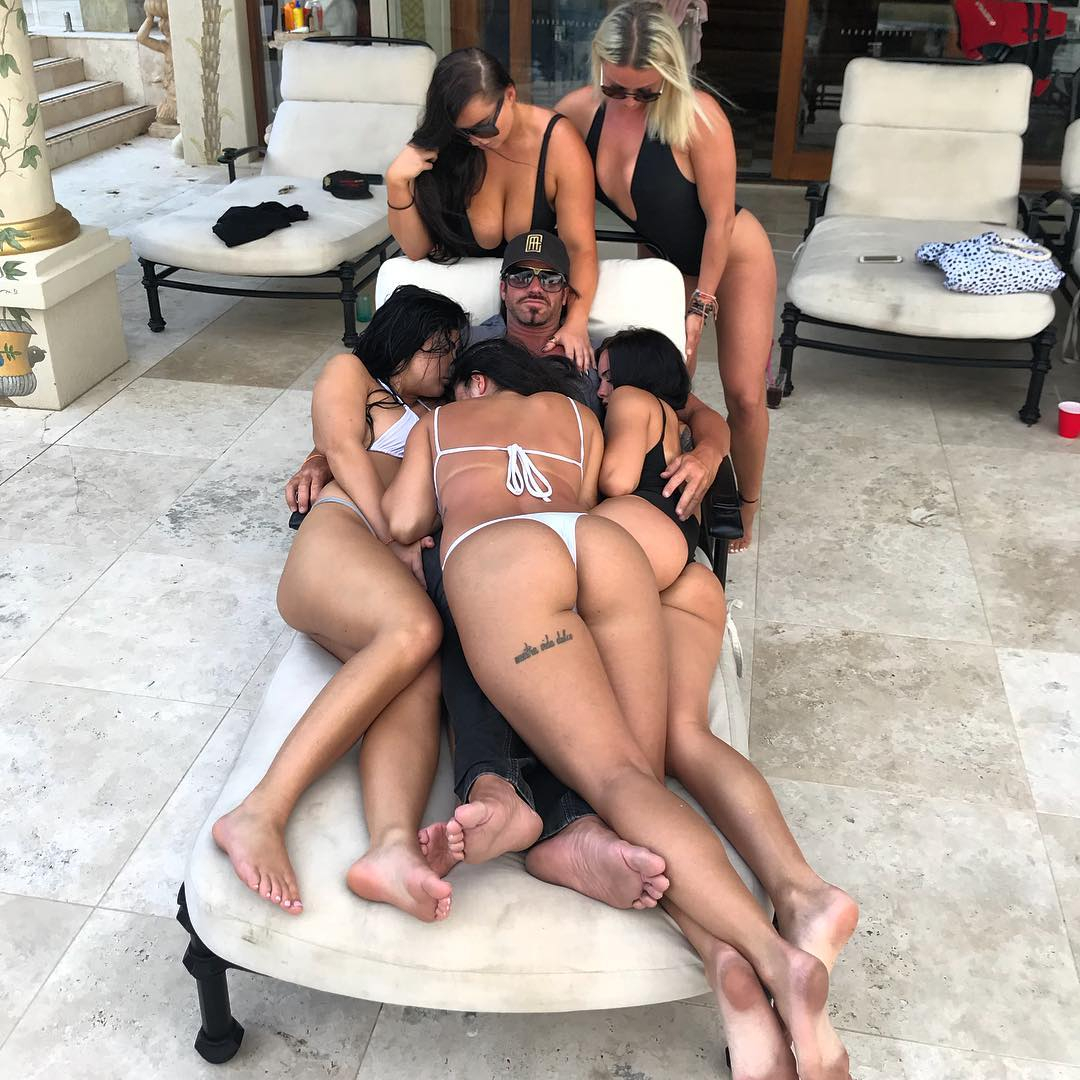 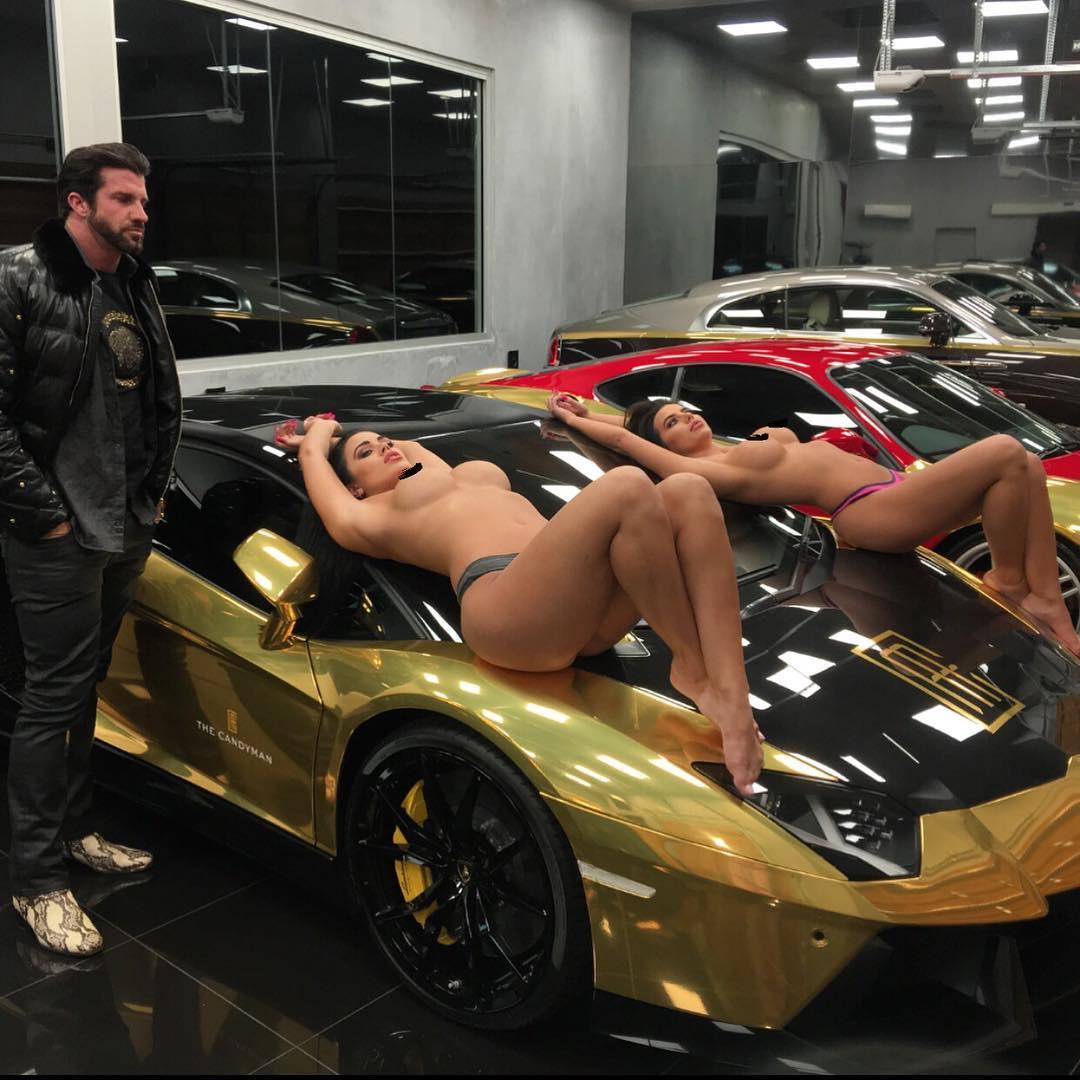 He said: "I would also like to put some blame on my wife, because she used to talk quite openly about a girl that she would like.

“We didn't talk that much that day because I was busy running the party.

“We (later) bumped into each other at a nightclub and it went from there. She started to come around and I told her the Candyman concept and my vision."

"She is the one that I disclose everything to, she's the one I have the most trust for and she's the mother of our children and the one that's going to be there long term."

At the time, he added he shares his bed with "three or four" different women in an average week.

The Instagram star said: "It's not so much between Nisha and Taesha but between the girls that came in groups fighting for my affection, if they're trying to pull me away.

"I'm a good manager and I have to be not just at work but at home, with such a dynamic family and relationships.

"I've been with Taesha, nine, 10 years. They said it wouldn't last because she's so young but she ticked a lot of boxes and she believed in what I was doing. Nisha came on the scene three years ago and people said it's impossible.

“It's a massive family when you start to consider all the different relationships and we all do get on as a family."