HYENAS are notorious as scavengers but as these pictures show, when the beasts attack humans the consequences can be horrific.

The world’s worst hyena attacks have seen victims’ jaws ripped from their faces and they have even been eaten alive after being dragged from their beds. 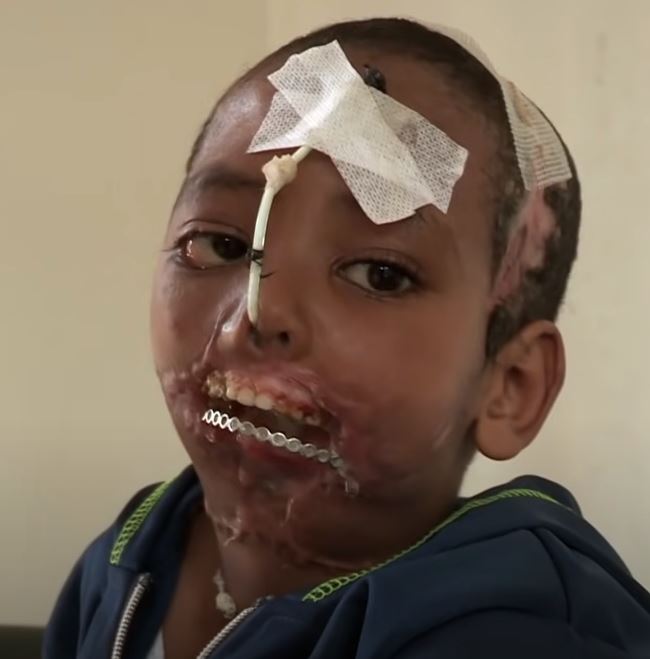 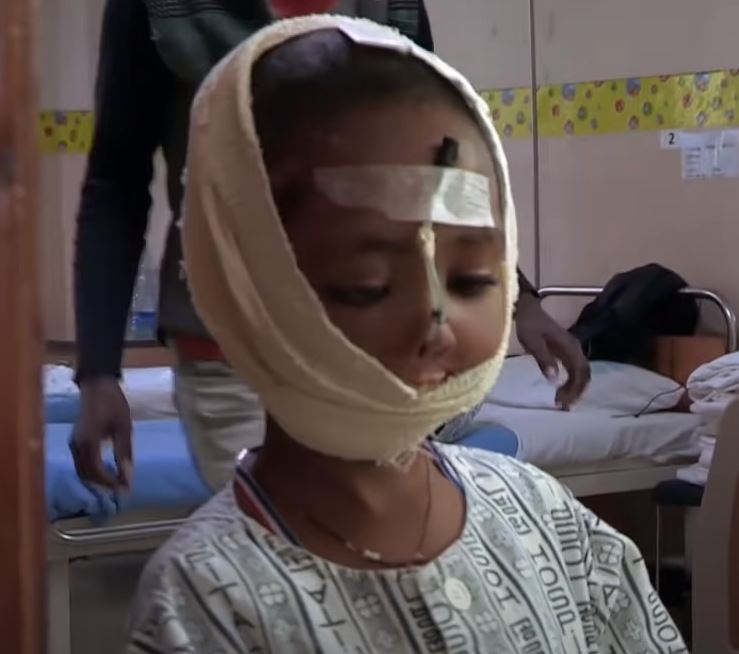 The horrendous injuries are caused by hyenas’ powerful jaws, which pack a force greater than both lions and tigers and can crush the bones of their prey.

Abel Mesfin was left severely disfigured after being attacked by a hyena while playing outside his home in Ethiopa.

His mum Kefyalech chased off the beast and rescued her five-year-old son son from their clutches – he was then rushed to hospital for treatment.

But after the attack, he was left with a large flap of flesh hanging down the side of his head, no top lip and his bottom jaw completely gone.

Skin and bone from Abel’s lower leg was used to help re-form a jaw.

Miraculously, just a few days after the life-changing op, Abel was already moving his new jaw.

Only the head, arms and legs of Tendai Maseka were recovered close to his home in a village in Zimbabwe.

The grisly find was made by a passer-by the day after the 46-year-old was dragged from his bed and torn to pieces by a pack of hyenas.

Mr Maseka was last seen alive leaving a bar that evening and screams for help were heard coming from his hut at about 11 pm.

Police found the walls of his room splattered with blood.

Track marks seen by officers inside the hut suggest he battled with the beasts before they brutally devoured his torso. 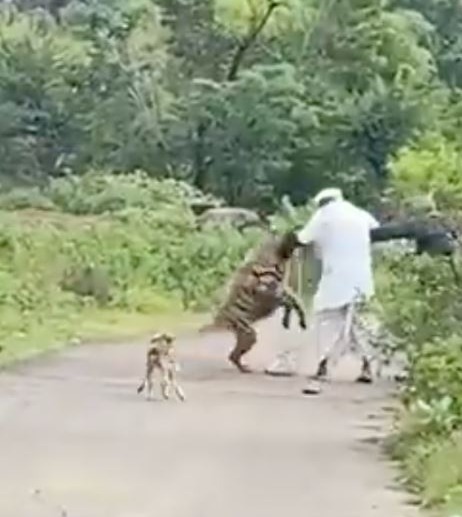 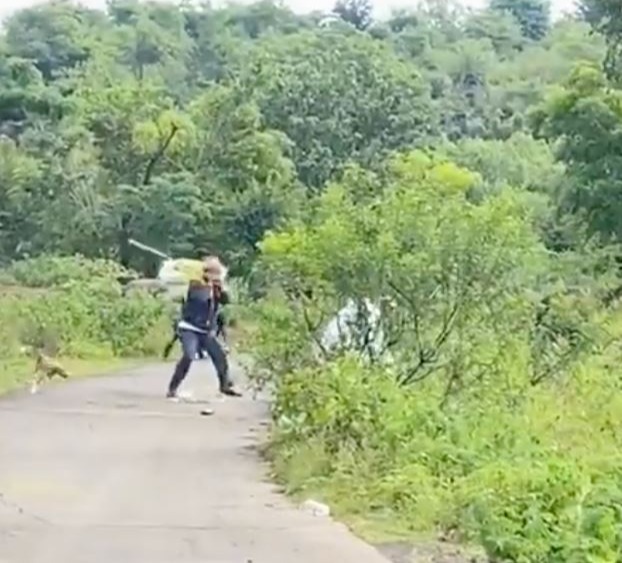 POUNCED ON BY BEAST

Terrifying footage shows the moment a massive hyena launched an attack on an elderly man and his little dog.

The chilling video shows the snarling beast pounce on the terrified gentleman before attacking a motorcyclist.

As soon as the hyena attacked, a passerby attempted to rush to his aid before the animal snarled at him.

One man can be seen either using a large stick or knife to beat away the vicious beast.

It was found dead around 28 miles away from the scene of the attack, which also saw the man’s dog running for its life.

Rodwell Khomazana was mauled by a hyena outside Harare in Zimbabwe when he was attending an outdoor night time church service.

The nine-year-old lost his nose, left eye, most of his upper lip, bits of his forehead and other parts of his face.

Unable to afford specialised surgery only available abroad, his mother contacted medics in neighbouring South Africa, who agreed to operate on him for free.

Medics used tissue from other parts of his body to reconstruct his jaw, nose, mouth and cheeks, and he was also be fitted with a prostatic eye.

Plastic surgeon Ridwan Mia said: “Unfortunately he will have multiple scars on his face. The harsh reality is we are dealing with a huge injury.” 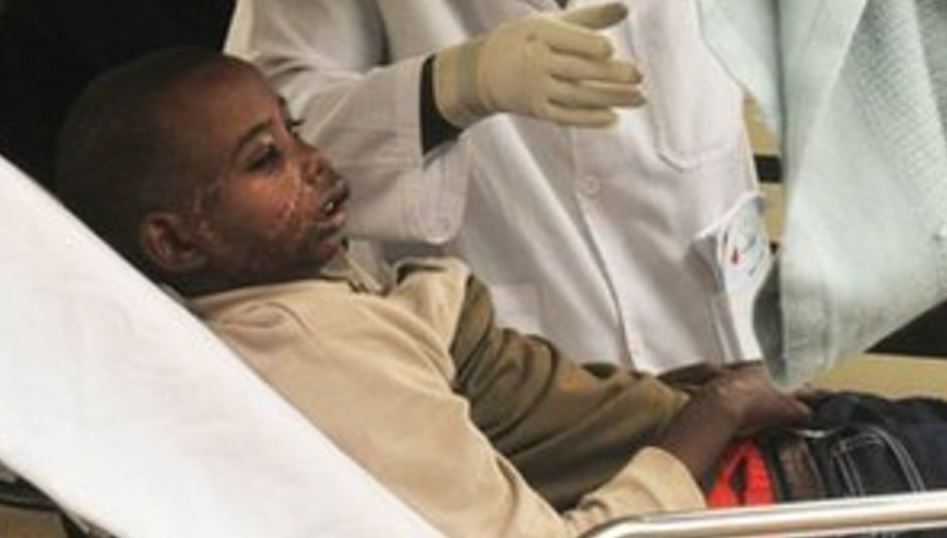 A pack of hyenas attacked Musa Jelle and his family as they slept in their home in Kenya.

Two of the 10-year-old's siblings were killed in the attack in the northern town of Wajir.

Musa was left with several long scars across his face, while 10 other people were injured in the attack.

The hyenas were later killed by the Kenya Wildlife Service. 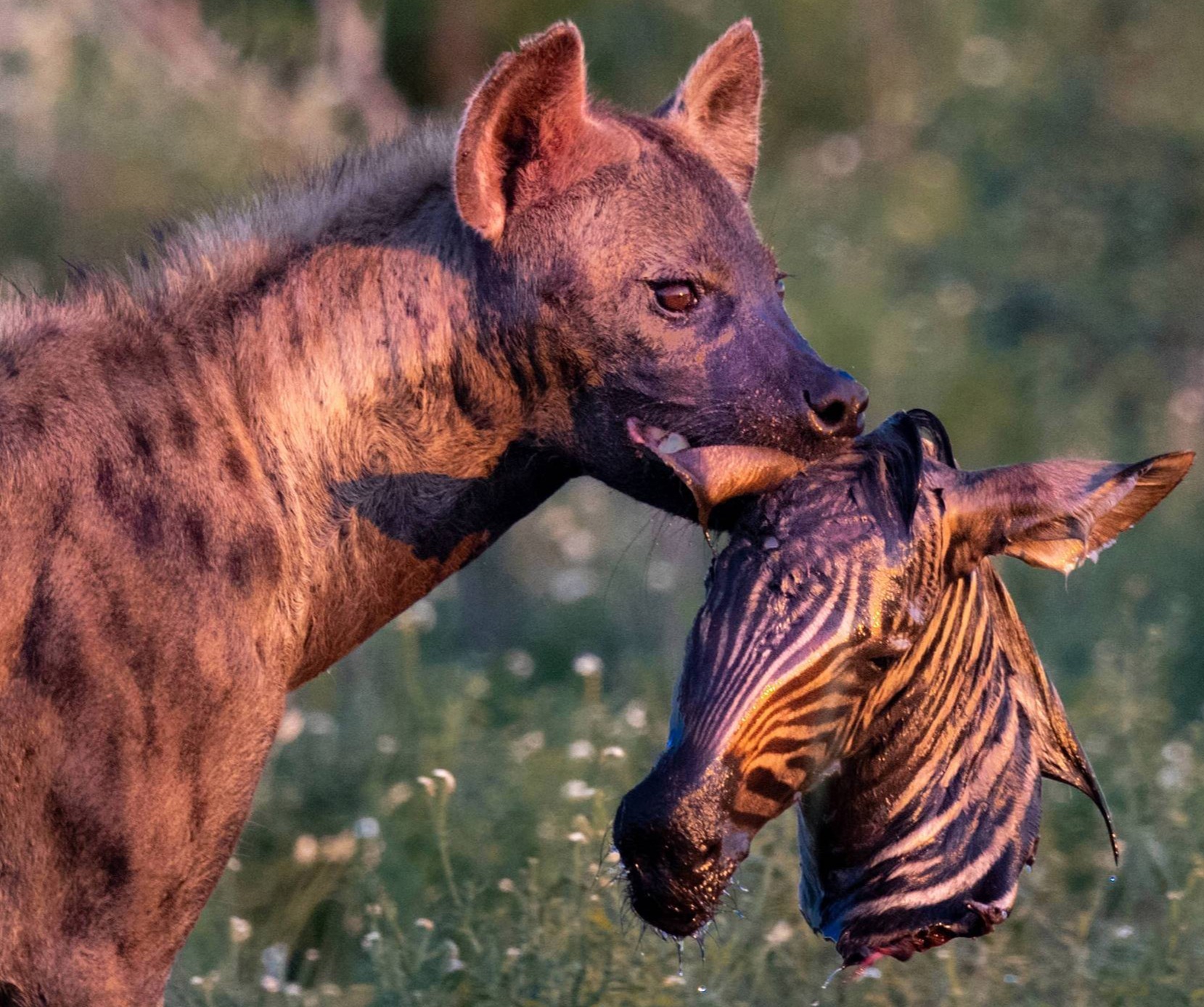 The power of the hyena's jaws is amply demonstrated by a chilling picture of one emerging from the bushes showing a severed zebra's head.

In one image, the spotted hyena is covered in blood while holding the head in its mouth.

The gory images were taken by retired national park owner Louis Kruger, 63, from Pretoria, South Africa, who captured the vicious feed in the country’s Kruger National Park from 49-feet away. 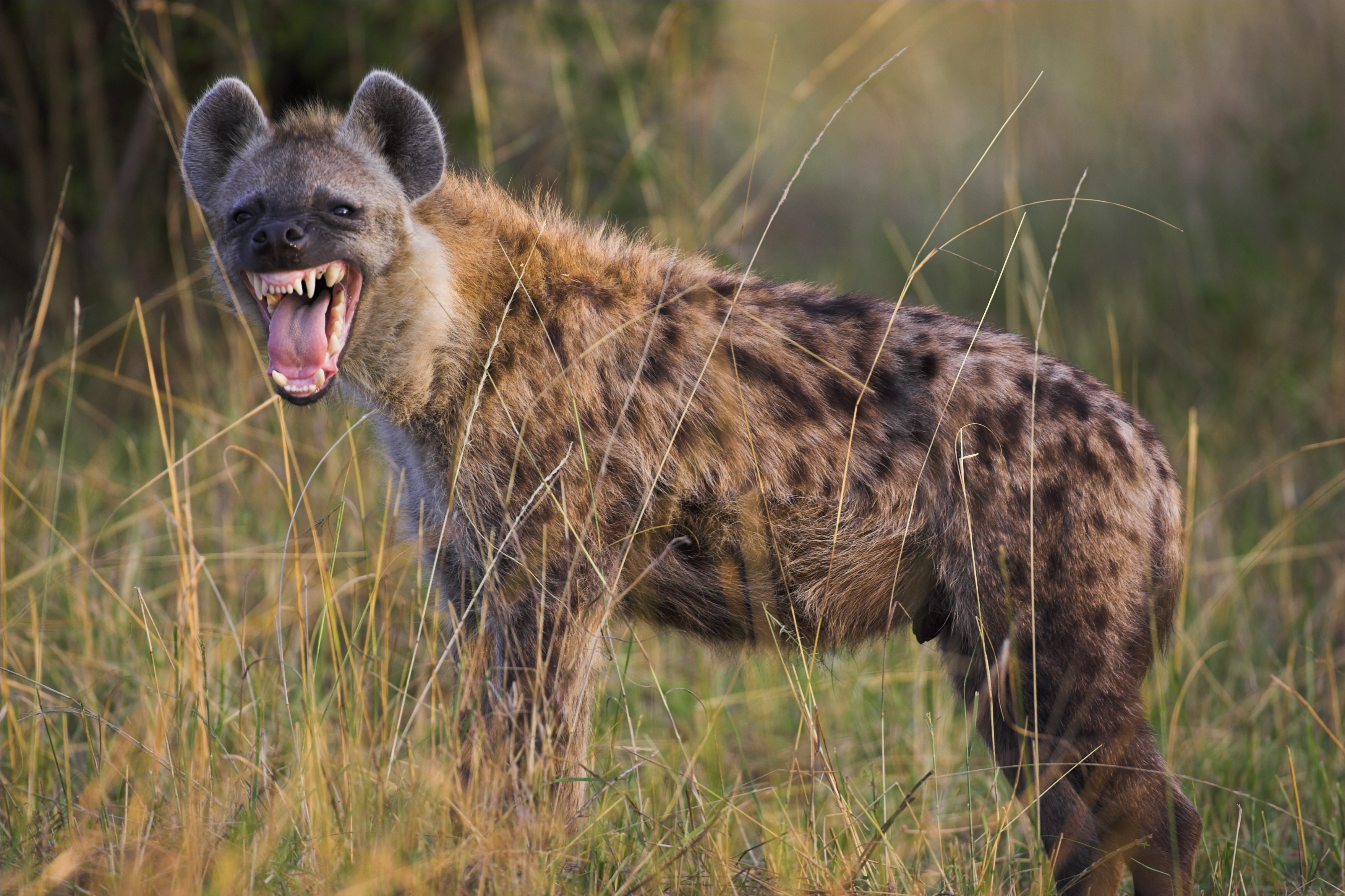 People living in cities are have become used to foxes roaming the streets and gardens but in Africa it’s hyenas that have taken to living in urban centres.

The Addis Ababa – the capital of Ethiopia – is plagued hyenas that have moved in to the city from the surrounding hills and begun living there, the BBC reports.

It’s believed there are somewhere between 300 and 1,000 of them living in the city and they are dangerous with the homeless often attacked.

A volunteer at a clinic run by a Mother Teresa mission said a couple of times a month he has to treat homeless and destitute people who have had fingers and toes gnawed by hyenas.