Younger customers drinking cocktails has helped boost JD Wetherspoon, but the pub giant has seen some of its older clientele stay away.

The group, led by Tim Martin, saw shares dip today after it revealed like-for-like sales for the past 15 weeks are 8.9 per cent down on levels from the same period in 2019.

Wetherspoons said this included a 9.6 per cent decline in bar sales, although it highlighted a surge in sales of drinks typically bought by its younger customers.

Over the 15-week period to November 7, the hospitality firm saw cocktail sales rise 45 per cent, vodka sales increase 17 per cent and rum sales rise 26 per cent.

Meanwhile, it revealed draught products, which are traditionally bought by its older customers, saw significant declines amid caution due to the pandemic.

Sales of traditional draught ales declined by 30 per cent and stout sales fell 20 per cent. 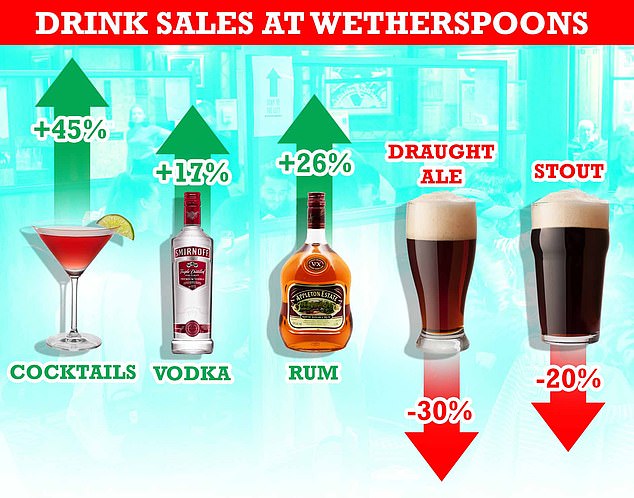 Mr Martin, chairman and founder of the company, said he hopes the rollout of Covid-19 booster vaccinations could help improve its trade among older customers.

He said: ‘With no music in Wetherspoon pubs, apart from 46 trading as Lloyds, a material proportion of our trade comes from older customers, some of whom have visited pubs less frequently in recent times.

‘As outlined in our annual report, published in October 2021, there have been no outbreaks of Covid-19, as defined by the health authorities, among customers in Wetherspoon pubs.

‘However, some customers have been understandably cautious. Improvement in trade will therefore depend, to some extent, on the outlook for the Covid-19 virus.

‘Whereas we have an increased element of caution about near-term sales, booster vaccinations and better weather in the spring are likely to have a positive impact in the coming months.’ 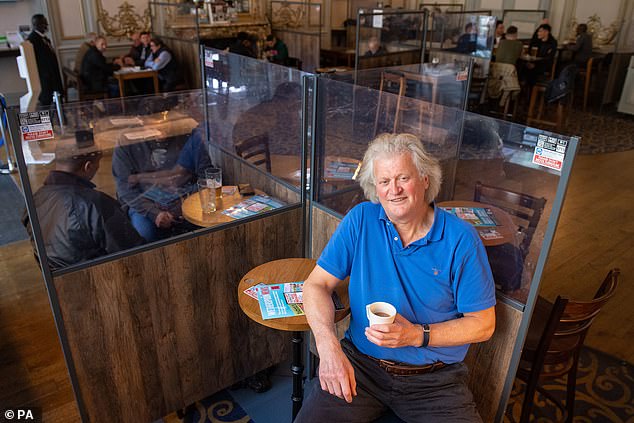 The group, led by Tim Martin (pictured), saw shares dip today after it revealed like-for-like sales for the past 15 weeks are 8.9 per cent down on levels from the same period in 2019

Wetherspoons added its food volumes ‘appear to have been affected by some customers working from home’, with sales of breakfasts dropping by 22 per cent and coffee sales falling 30 per cent.

The company also told investors it has had ‘some problems from time to time’ within its supply chain over the period, but it stressed these related to a ‘minority of items’ for which it could find alternatives.

It added stocking levels for both bar and food products is in line with previous years and problems have eased further in recent weeks. 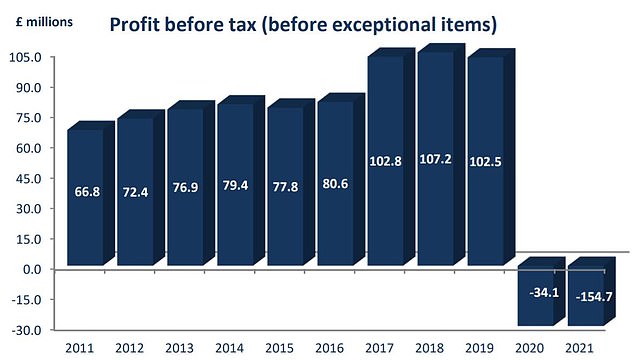 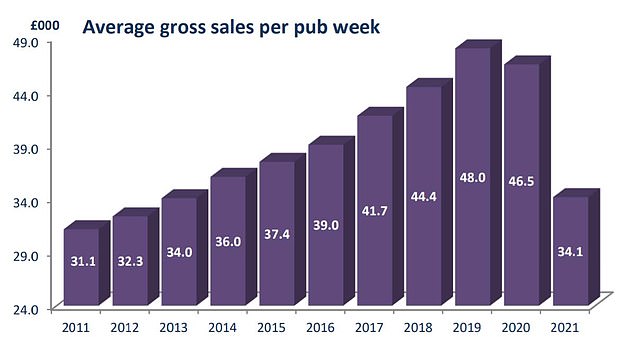 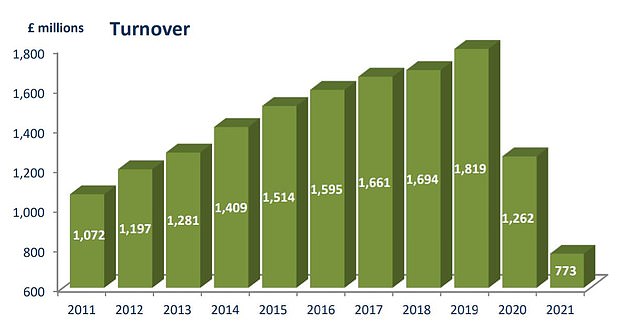