YOUTUBE star Grant Thompson filmed his own death after his parachute plunged from a freak wind gust whilst paragliding, investigators say.

The fatal crash was filmed on a camera mounted on Thompson's paramotor, which law enforcement  used to determine his cause of death. 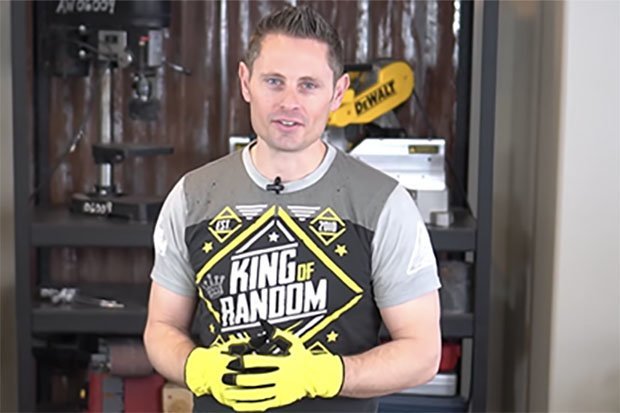 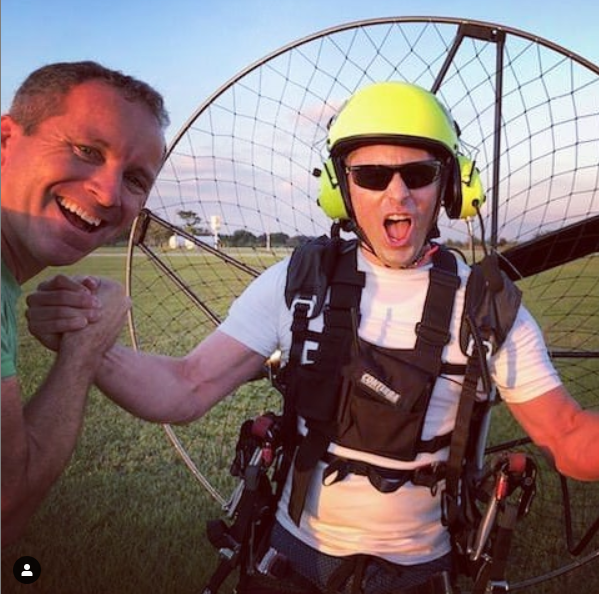 The King of Random creator's body was found on Tuesday using GPS data near the Sand Hollow State Park in Utah.

Authorities now believe a change in the updraft caused the parachute to malfunction, leading to the 38-year-old's sudden death, TMZ reported.

It is unclear if the parachute twisted but authorities reportedly said the video footage indicated that Thompson knew something was wrong but couldn't recover because of a rapid loss in altitude.

He reportedly deployed his reserve parachute, but the chute did not deploy in time.

The footage has been deemed too gratuitous, gruesome and painful for public release.

It is understood the search was launched when he did not return home for an hour and his family couldn't reach him on his phone.

Thompson had only started paragliding about five months earlier.

His body was tragically found along with paragliding equipment at the crash site.

His family shared a tribute to Grant on his YouTube channel after the news was confirmed, urging fans to perform a "random act of love" to honour the star. 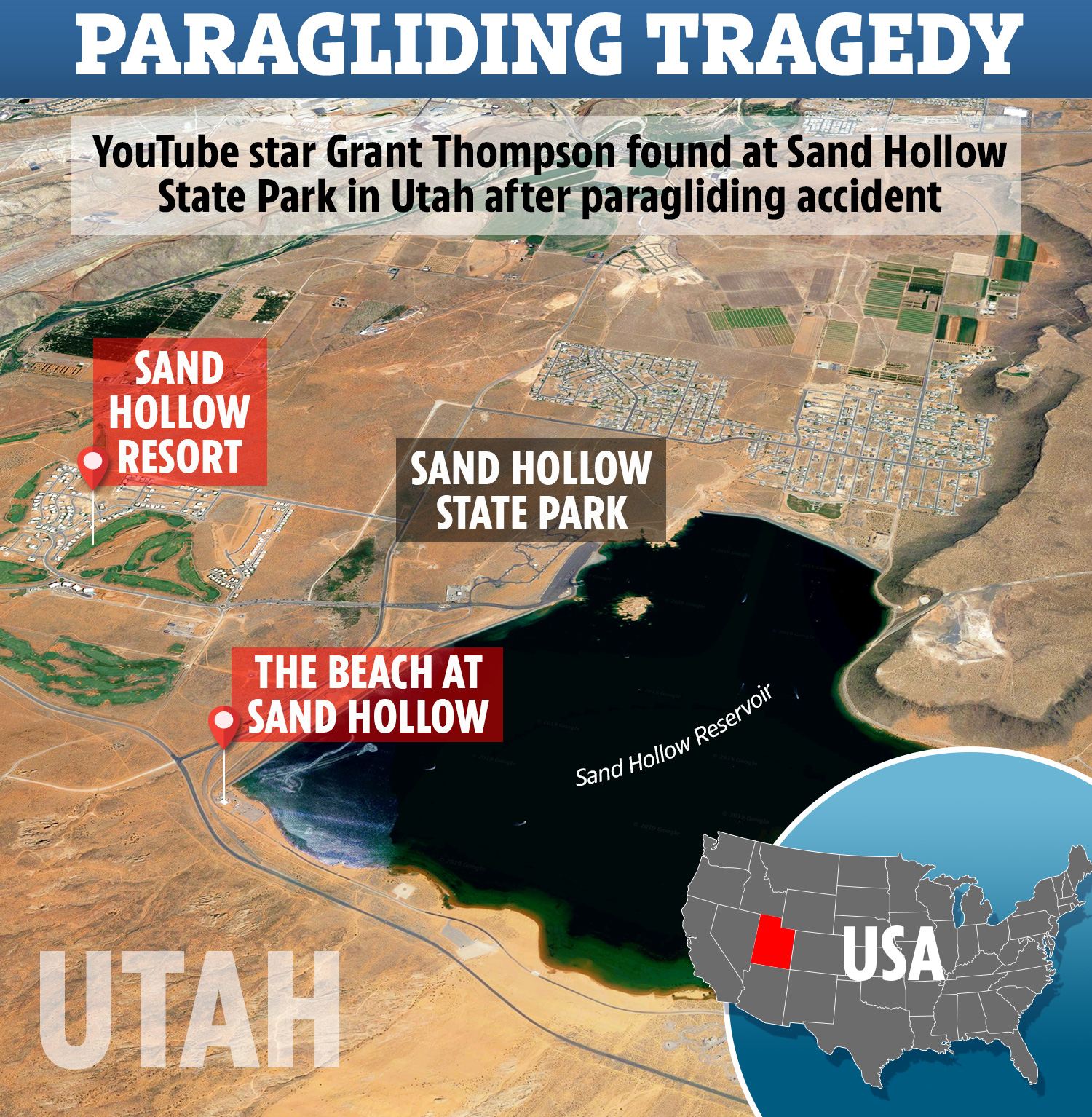 The statement read: "It is with great sadness to inform everyone that Grant Thompson passed away last night.

"Grant had great love and appreciation for his fans.

"We invite you to share your thoughts for Grant and the channel in the comments.

"Please do a random act of love or kindness today in honour of ‘The King of Random’.

"Grant’s legacy will live on in the channel and the global community he created.”

Thompson had made a name for himself thanks to his YouTube Channel King of Random, which documented experiments, life hacks and weekend projects.

After launching in 2010, his channel garnered more than 11million subscribers and nearly 2.5billion total views.

He was the 321st most subscribed channel on YouTube.

A YouTube spokesperson said: "We're deeply saddened to learn of the tragic loss of Grant Thompson, a gifted, passionate and endlessly curious creator.

"We send our deepest condolences to his loving family, The King of Random team and fans."

Fellow YouTube star Logan Paul wrote on Twitter: "Stunned & heartbroken. A man full of vibrancy, curiosity, and passion. We’d talk back and forth about the ins & outs of the internet, mental health, and creative strategy. RIP brother."

Fans have also paid tribute over social media, with one writing: "What a legend. May He Rest In Peace. You'll Always live in our hearts."

In November last year, Thompson shared an update with his Instagram followers alongside a photo of himself in paragliding gear.

He wrote: "Today I did something I've been nervous to try, and wanting to do ever since I saw pictures of it a decade ago.

"But I also like my life and don't want to die just yet and the idea of strapping a giant propeller to my back has been a bit of a hindrance for getting into powered paragliding.

"I'm three days into training and have a week left." 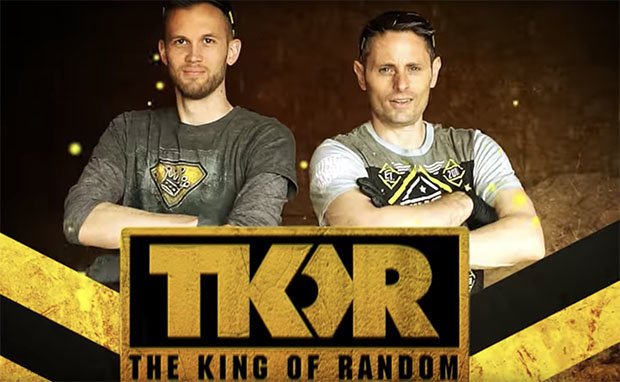