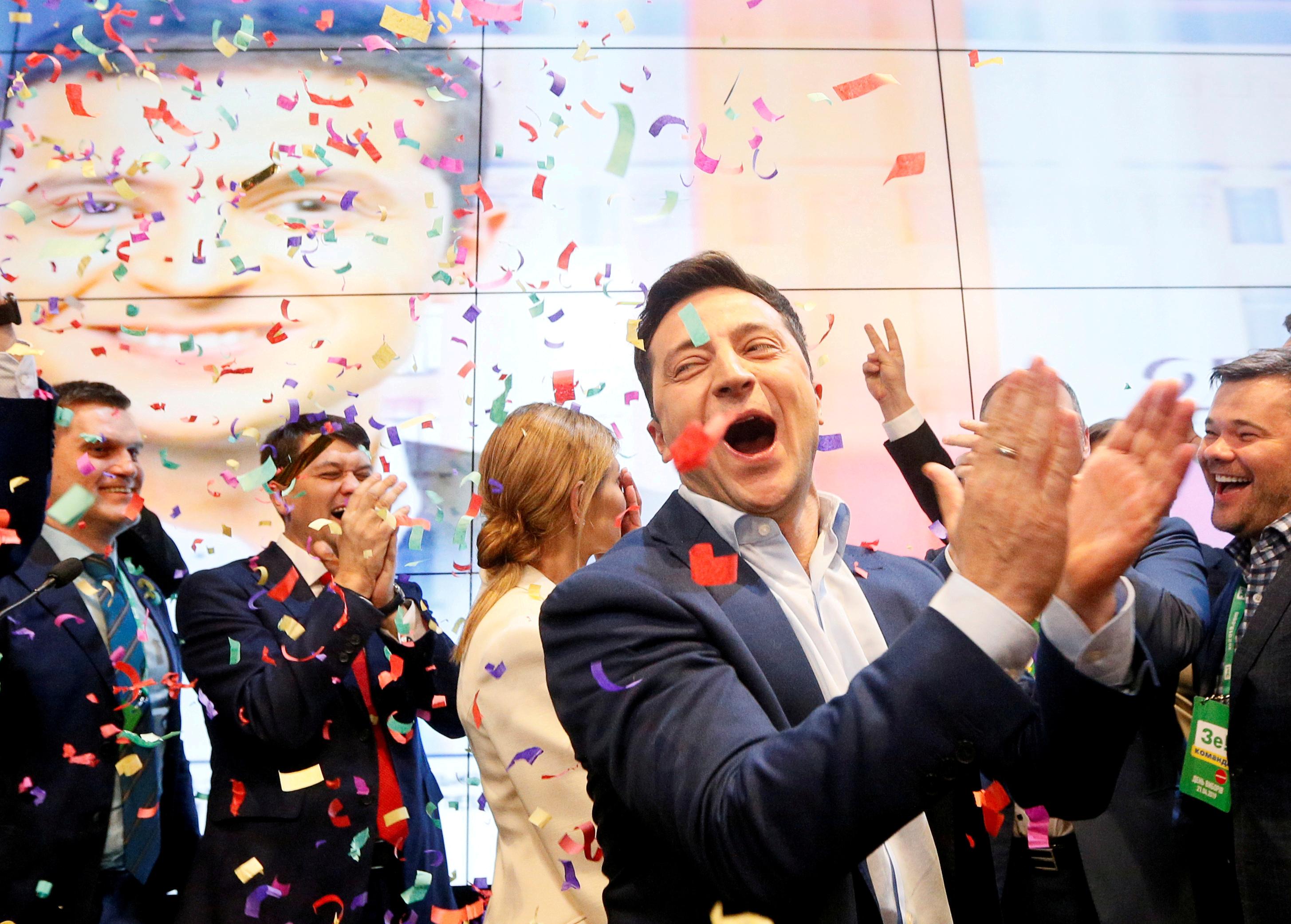 Zelenskiy, a former comedian with no previous political experience, hopes his Servant of the People party can secure control of parliament by tapping into public anger over graft and low living standards in one of Europe’s poorest countries.

At present, the 41-year-old leader shares power with a cabinet and lawmakers who are mostly loyal to his predecessor.

Whoever wins the election will inherit a country at the center of the West’s standoff with Moscow following Russia’s annexation of Ukraine’s Crimea peninsula in 2014 and its role in a separatist conflict in the Donbass region of eastern Ukraine that has killed 13,000 people in the past five years.

Zelenskiy and his new government will also need to implement reforms agreed with international donors in order to secure billions of dollars of new loans and keep the economy stable.

Servant of the People is named after the TV comedy series where Zelenskiy played a scrupulously honest history teacher who accidentally becomes president after a video of him ranting about corruption goes viral.

He has burnished that image on the campaign trail and as president.

In one of his first acts after taking office, Zelenskiy announced he was moving out of the presidential administration building as a symbolic break with the old way of doing politics – just as his fictitious president did in the TV series.

Iryna Bekeshkina, director of the Kiev-based Democratic Initiatives Foundation, said Zelenskiy represented a “dream” for voters but it was not clear what the reality would be.

It is a dream “that this party will come and it will be completely different from the former political elite. That the ‘Servant of the People’ will really serve as the servant of the people,” she said.

Nikita Vohomyanin, a 28-year-old Kiev resident, is not convinced. “They say that there will be some movement, new changes, but in general it’s always the same, nothing happens.”

FED UP WITH OLD POLITICS

Zelenskiy shot to power by tapping into an anti-establishment mood in Ukraine, mirroring the success of Donald Trump in the United States or the rise of the Five Star Movement in Italy that was also propelled by a comedian.

That mood appears to be holding. A July survey by the International Republican Institute showed that nearly twice as many Ukrainian voters wanted a political party that delivered change compared to a party that ensured stability.

Nearly two thirds of voters also wanted a party that represented a new generation of politicians compared to 24 percent who prized a party with experienced leaders.

State corruption was cited as the biggest issue facing Ukraine, ahead of the Donbass conflict or relations with Russia.

Beyond his everyman image, Zelenskiy has faced scrutiny over his business connections to one of Ukraine’s most powerful tycoons, Ihor Kolomoisky.

Kolomoisky has been locked in a legal battle with the state over control of Ukraine’s largest lender, PrivatBank, which was nationalized in 2016 against his wishes as part of a sweeping clean-up demanded by the country’s creditors.

Zelenskiy insists he is not beholden to Kolomoisky and has sought to reassure investors that he will not help him recover ownership of the bank or receive compensation – moves that would likely result in donors freezing aid.

For now, most voters appear ready to give Zelenskiy the benefit of the doubt.

A July survey by the KIIS research institute put his party on 37.8 percent, well ahead of his closest rivals though short of a majority. He has not yet named his preferred candidate for prime minister.

The Russia-friendly Opposition Platform was second with 11 percent, and the party run by Zelenskiy’s predecessor Petro Poroshenko in third.

The Voice party, headed by rock star Sviatoslav Vakarchuk, is seen as a possible coalition ally for Zelenskiy. 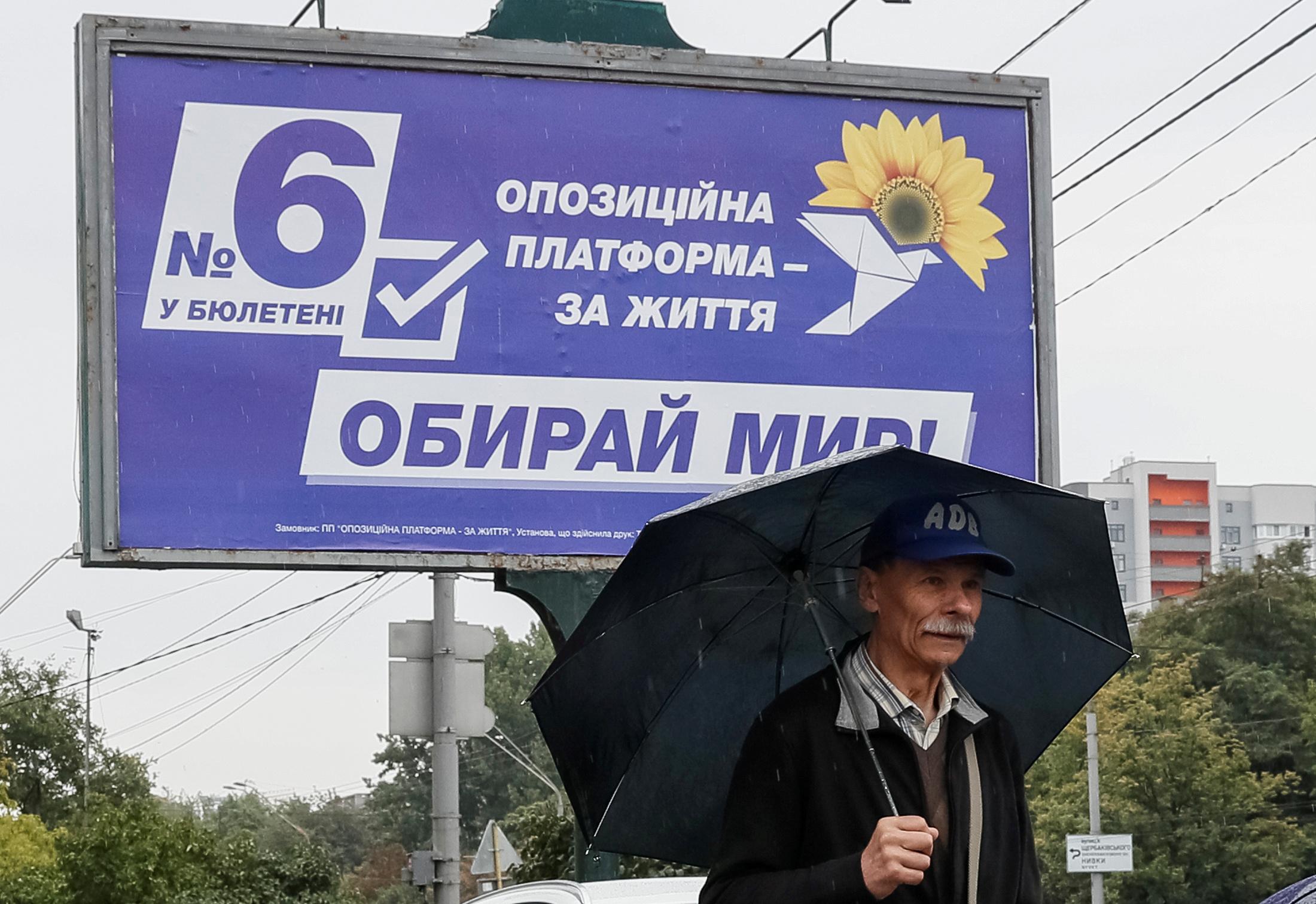 Zelenskiy and Vakarchuk both say they would stick to an aid program agreed with the International Monetary Fund – a reassuring signal to investors.

“Zelenskiy is saying the right things, so if he gets the majority in parliament he will have the power to do things,” said David Nietlispach, a fund manager at Pala Asset Management.

“Expectations in Ukraine are always very low, normally nothing changes really. But this time he says he wants to change things, he has the power to change things so there will be no excuse if he gets the majority in parliament.”